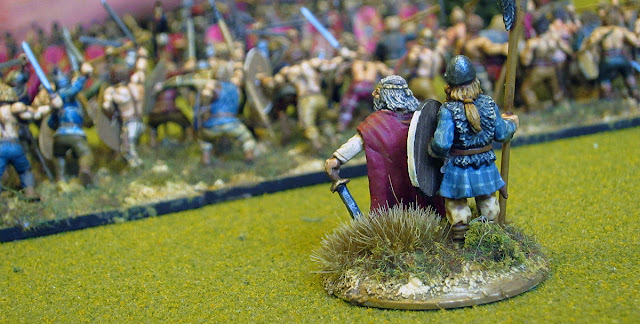 This was the first time taking a bunch of freshly painted figures for a spin, and the first time adding commanders to the table.  I'm still counting this as a skirmish, but I'm up to about half of the number of units recommended in the Hail Caesar rules. Here's what we had hitting the table:

The Romans formed up in two tight formations, one positioned to take the high ground on their left, and one to tackle the warbands in the center of the battlefield.  The Germans formed a line intending to anchor their left flank in some rough ground and their right with the hill. The medium cavalry were poised to take the hill, while the light archers on the German left were set to rush into the rough ground on the German left. 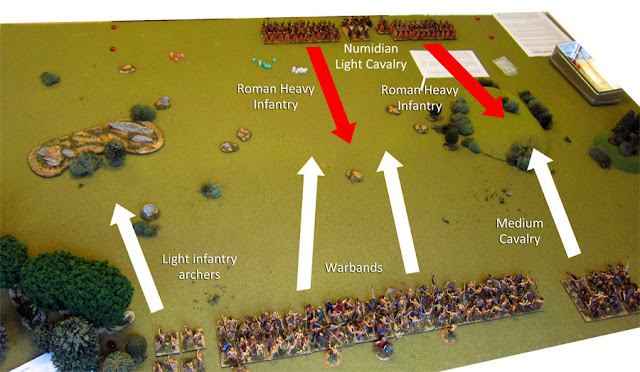 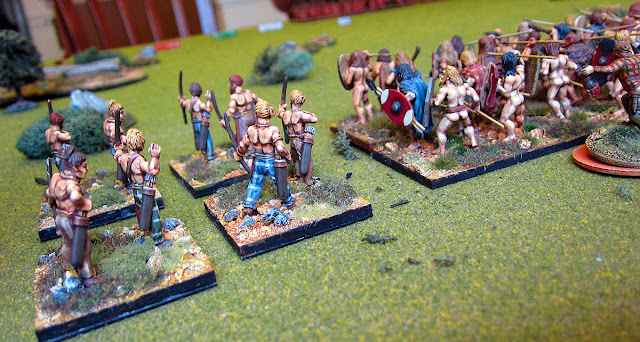 As the German general, I made some initial conservative moves with my warbands and cavalry.  I was concerned about the Numidian cavalry moving on my flanks and wanted to secure my left with my archers before charging. Unfortunately, my archers only pulled a single move from their command roll, failing to reach the rough ground.

The Romans moved forward, attempting a similar headlong rush to take the hill on my right flank. Seeing the threat they'd pose, I committed my cavalry to taking the hill and scored a triple move, taking it easily. 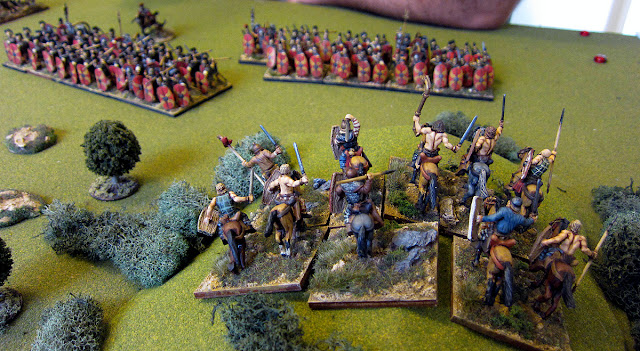 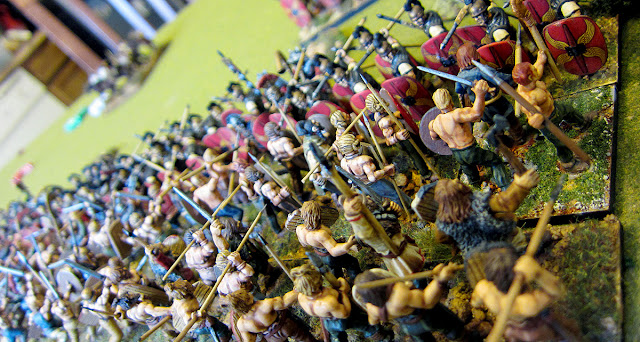 Concerned about the archers working the flank, the Romans sent one wing to take the hill and another to lock up the warbands in the center. Now within charge range, and wanting to take advantage of the +1 charge bonus, I sent my howling hairy hordes into battle.


Each side inflicted some casualties, with the Romans losing two units quickly but the battle atop the hill went disastrously for the Germans. The cavalry were defeated in combat and failing their Break test, recoiled disordered off the top of the hill.  My right flank was now open, my left was weakening under the Roman onslaught and my archers were delivering ineffectual harassing fire to the Roman flank. Things were looking bad.

Moving In For the Kill

On the Romans following turn they managed to crush my left flank, and 'roll up the line' with their victorious move.

As my line collapsed I threw my general into the melee in an attempt to sway the battle, but he failed to have much of an impact and ended up getting wounded in the clash. 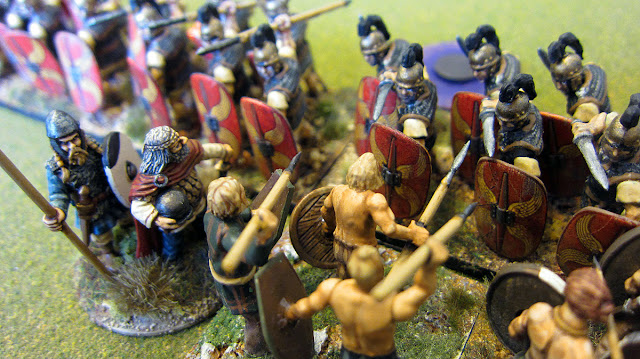 The Romans broke the center divisions and then turned to mop up the last German warband. The Romans committed their general and scored a total of 12 hits from the 15 dice thrown in the final battle. Instantly broken, the Germans left the field. 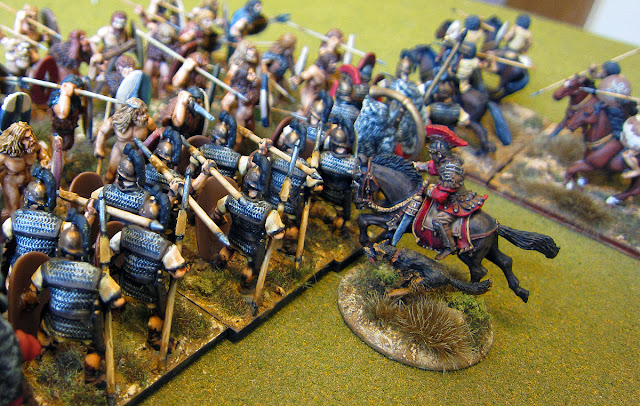 I still dig Hail Caesar a lot.  I was hoping to get a few more stands of light troops painted and on the field, but ran out of time.  I think the larger number of units and the wider variety of troop types will lead to more intricate tactics. Although at a disadvantage, the battle initially looked to be going my way. Only after losing the hill, allowing the Romans on my right to take the hill and throw in some support on their buddies in the center did things swing towards the Romans.

It's been a few months since I played last, and I forgot numerous rules that we had to make judgement calls on during play.  Checking for who won battles (for determining break tests), if Wild Fighters ability comes into play for support dice, how to use commanders, etc.  Still I had fun, and looking forward to playing again.