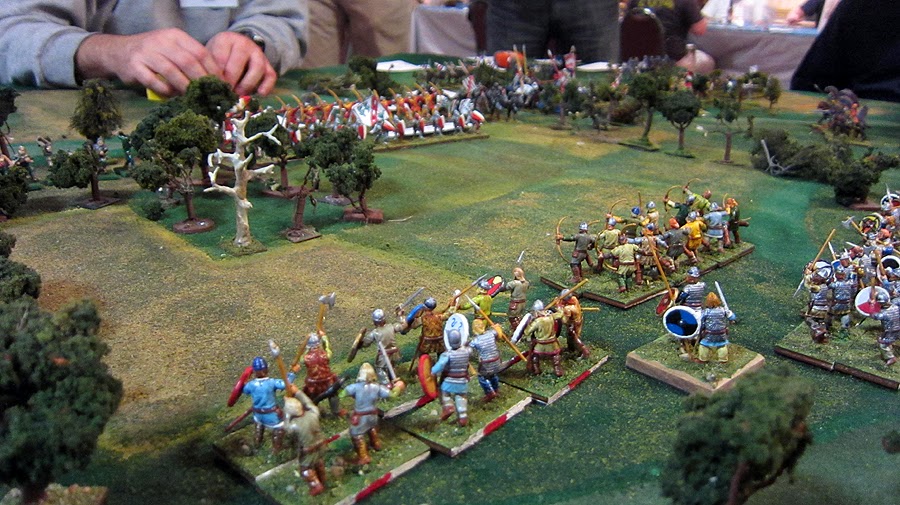 Managed to get up to Cold Wars for a day of gaming. Played two fun scenarios and tried to snap as many pics between as I could. Photos after the jump.

After picking up some supplies from the vendor hall I was able to claim a spot in a Zombie Apocalypse game.

An astounding horde of 200 zombies surges past a makeshift barricade of cars, with only a few bands of gun toting national guard, police officers, concerned citizens and the A-Team standing in their way. This game was great, tension mounting as zombies broke through our lines, and lots of humor in the various cards and factions. 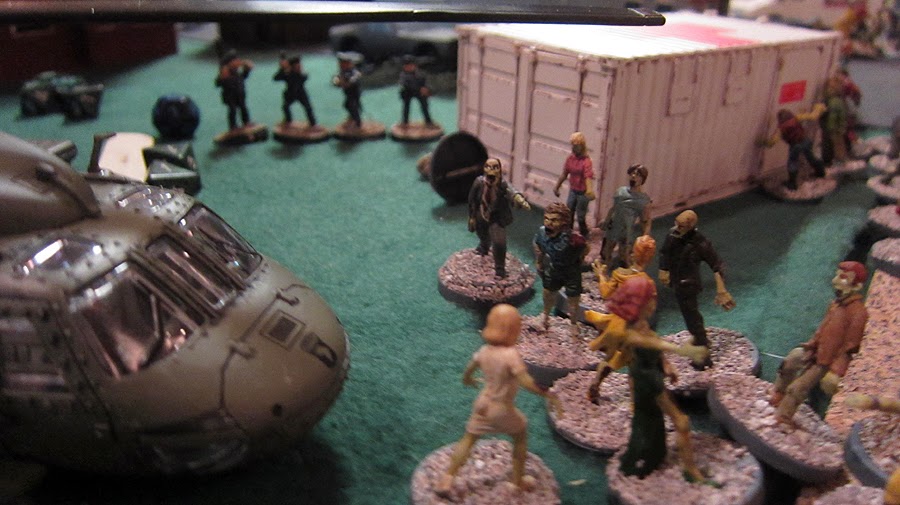 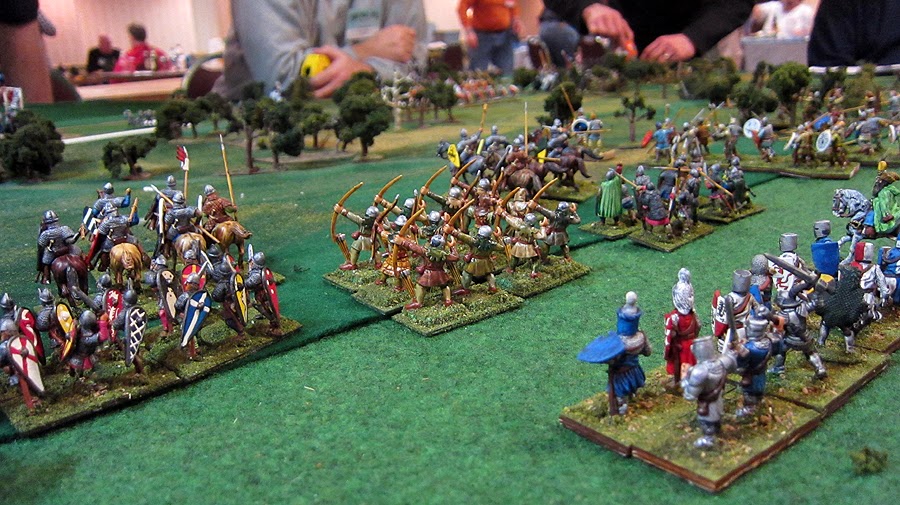 My next game was a straight up fight between viking raiders and some dark ages knights. The game was run using "Rules by Ral", a simple, single page of rules for medieval combat. The battlefield was littered with thin lines of wood, trails and a village. 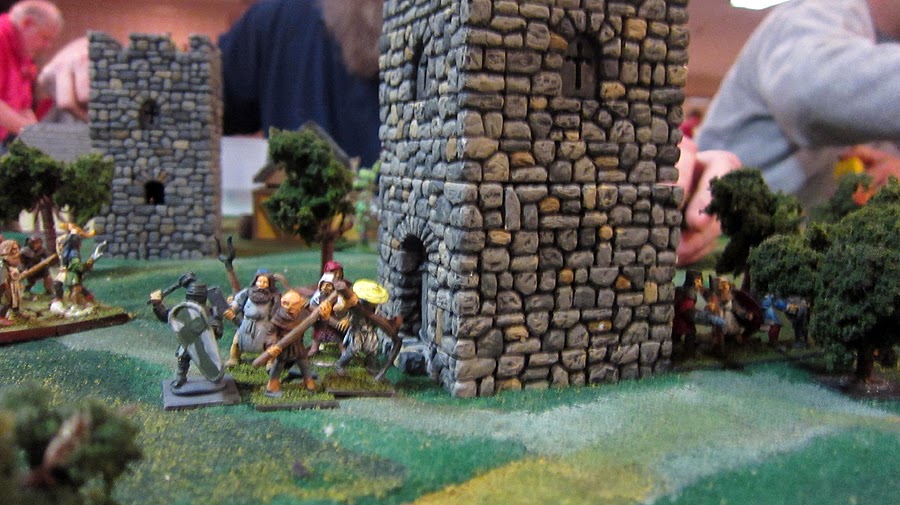 My Norman mercenaries got bogged down trying to capture a pair of towers guarding the enemy village.

All in all, a fun, beer-and-pretzels game.

While I only got to play two games, there were a ton of great set ups. 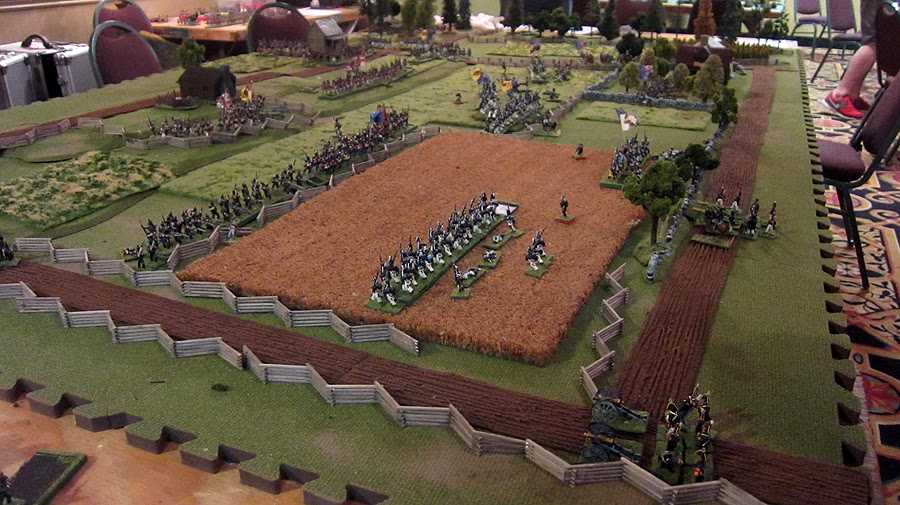 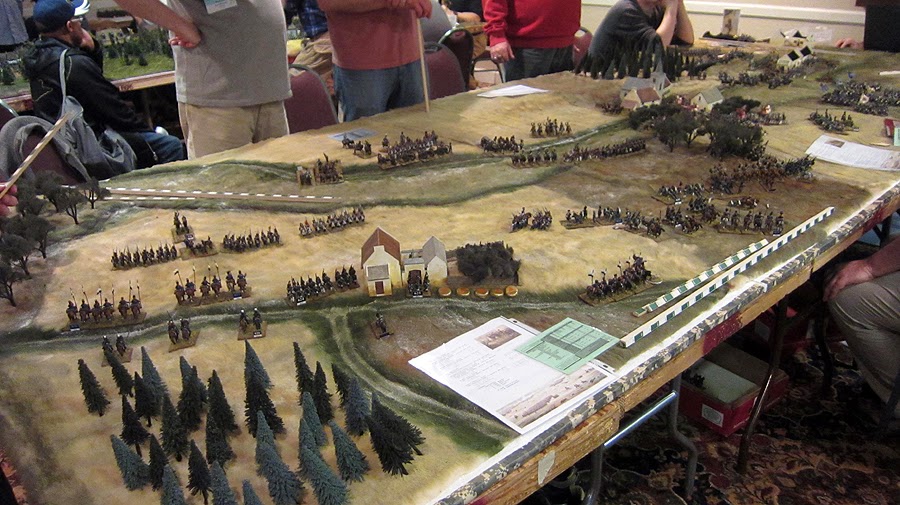 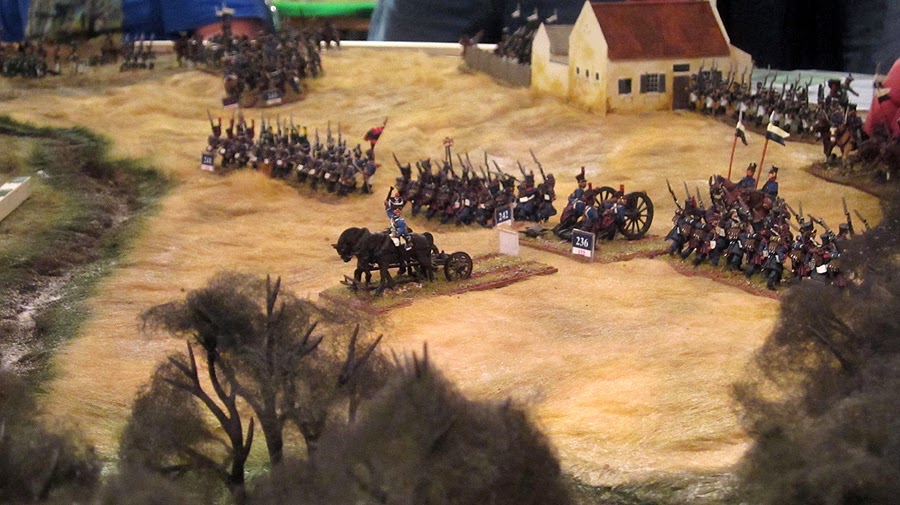 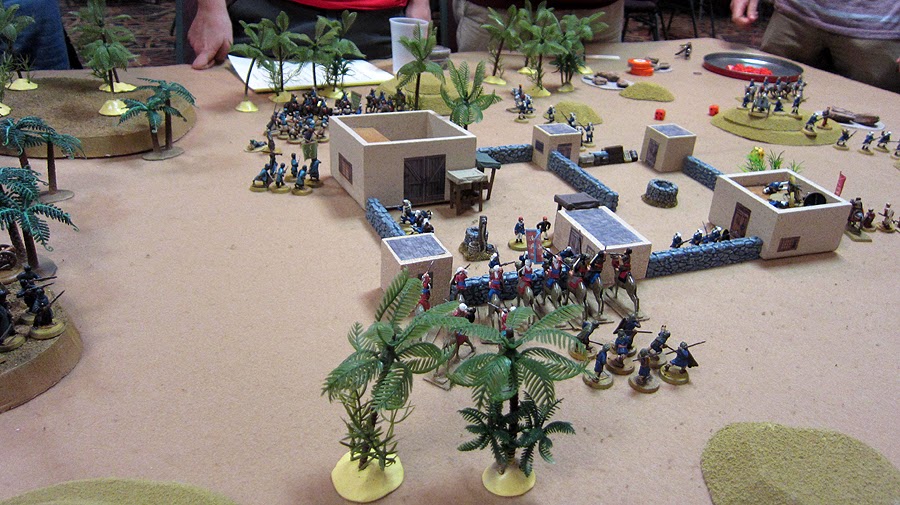 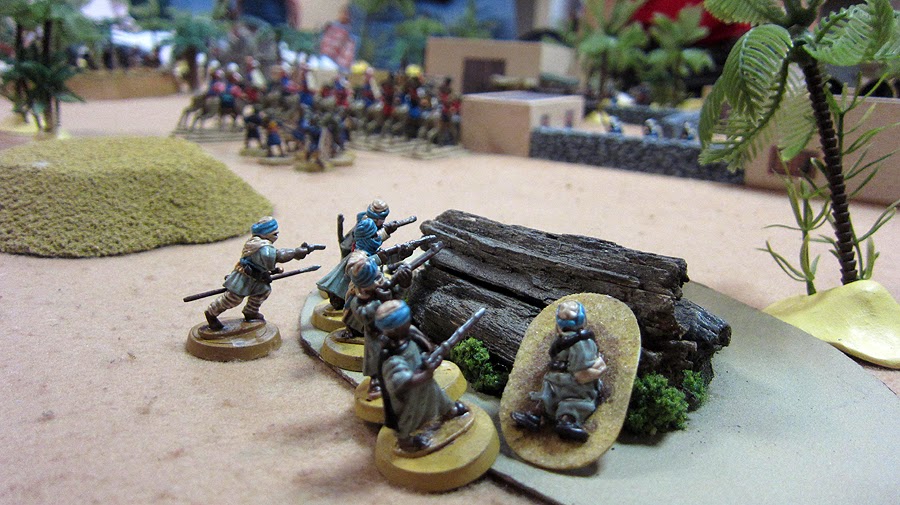 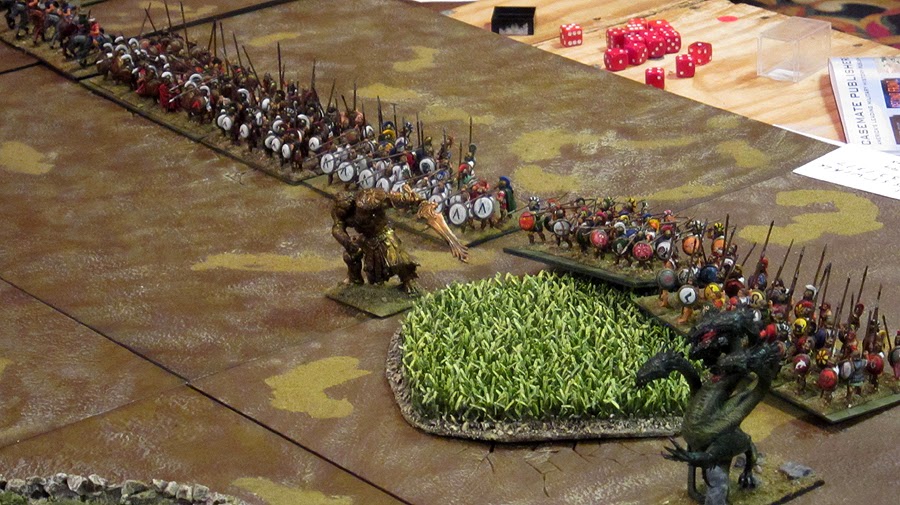 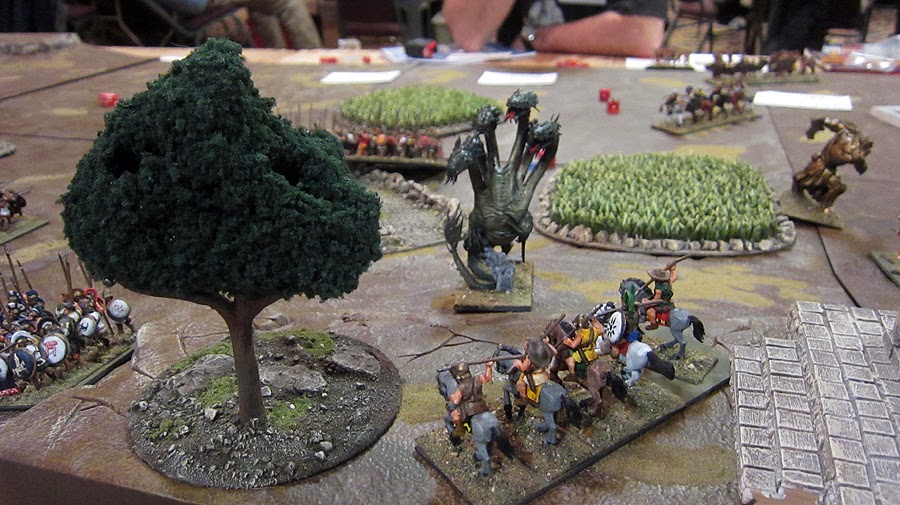 Back home I got to work on some of my projects