My son and I were psyched to see the new Star Wars trailer for Episode VII, and after seeing the Millennium Falcon perform some aerial maneuvers in battle over Tatooine, we had to break out our X-Wing Miniatures

and recreate the battle.

Check out the clash after the jump.

After studying the scant footage from the trailer, we noticed a few key points that we'd need to include in our scenario.


Right, plenty of info to base a battle on. We unrolled the desert terrain mat, plopped Han and Chewie in the Falcon off a pair of the Empire's best pilots (Howlrunner and Mauler Mithel), angled at a 90 degree angle of attack and got playing.

We included one special rule, based on the asteroid obstacle rule from the base game:

Low Altitude: When performing a Koiogran Turn, roll a single attack die. The ship then

The TIEs began by screaming full tilt directly at the Falcon, who banked and turned towards them. 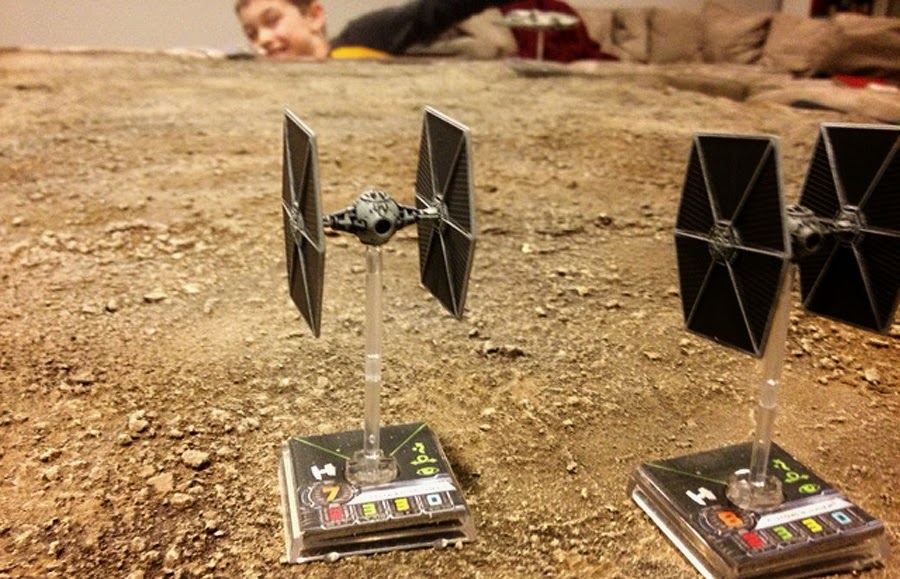 Firing at long range to keep the Imps at bay, Han darted past them as the TIE swung around onto the smuggler's tail. 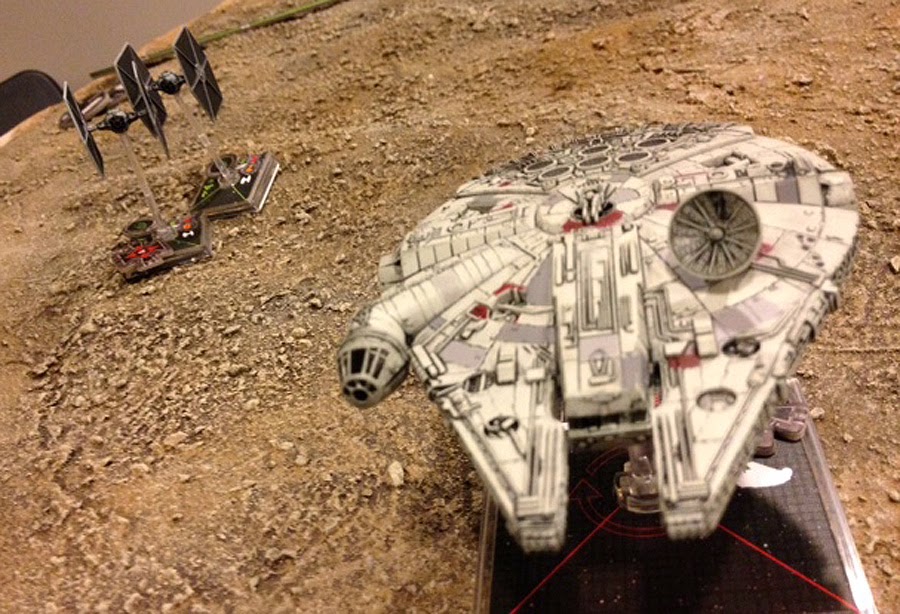 Han risked a looping turn, scraping the Falcon's belly across the tumbled rocks of the Dune Sea. With the tables turned, the TIES scattered as the huge freighter barreled into their flight path. 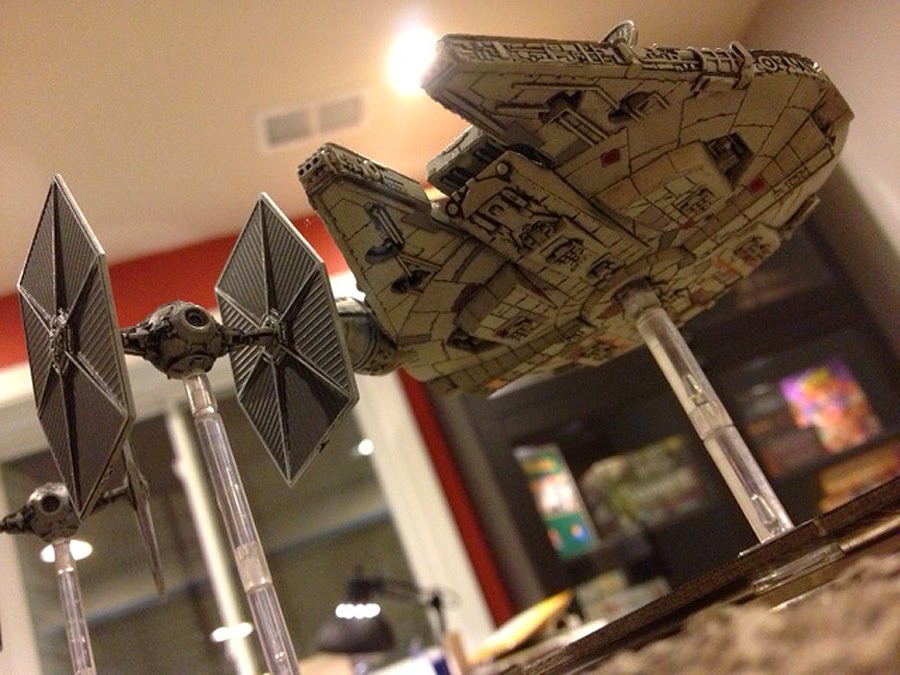 The quad laser cannons pounded as Chewie blasted the nearest TIE, sending it careening into the desert below. 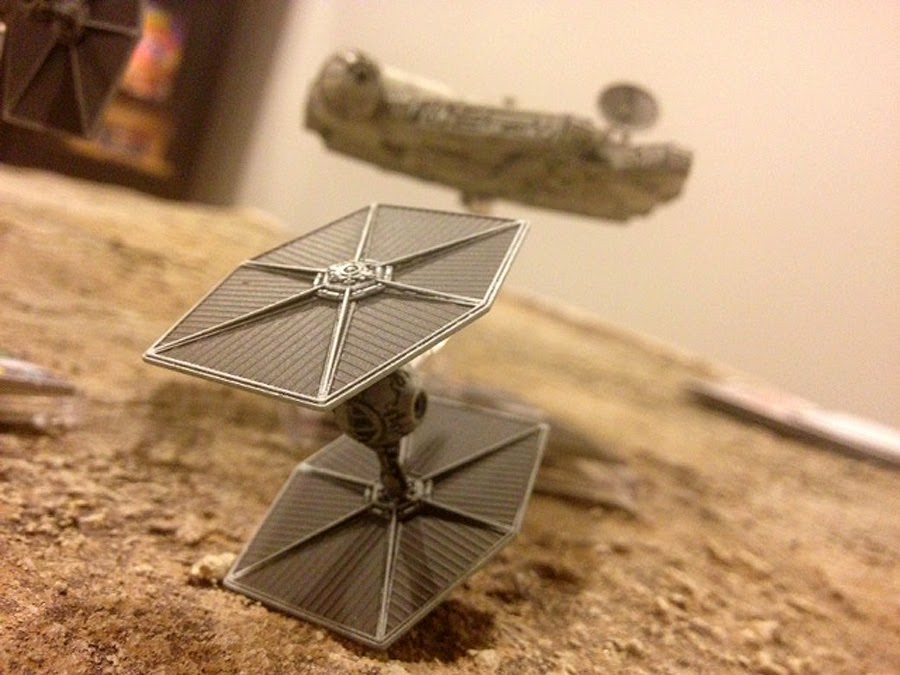 The remaining TIE, intent on revenge swung around into another frontal attack on the Falcon. The two ships exchanged fire as they passed by, igniting one of the TIE's ion engines with a direct hit. 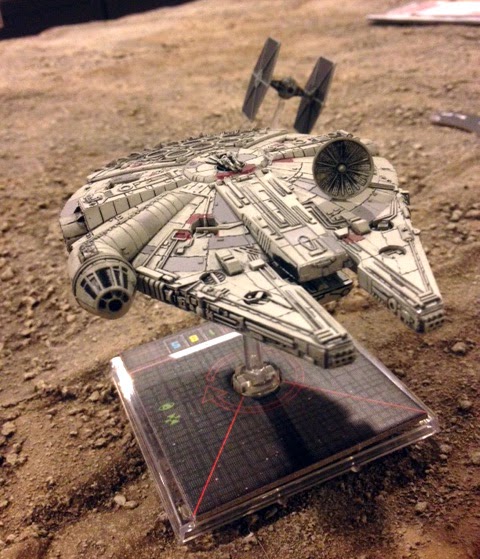 With smoking fighter wreckage littering the dunes, the Falcon banked towards Mos Eisley and the safety of Docking Bay 94.

A short, brutal (and lopsided) affair, but lots of fun. We're looking forward to the upcoming film. I better work on some lake terrain... I have a feeling we'll need some to put the X-Wing Mk IIs through their paces! 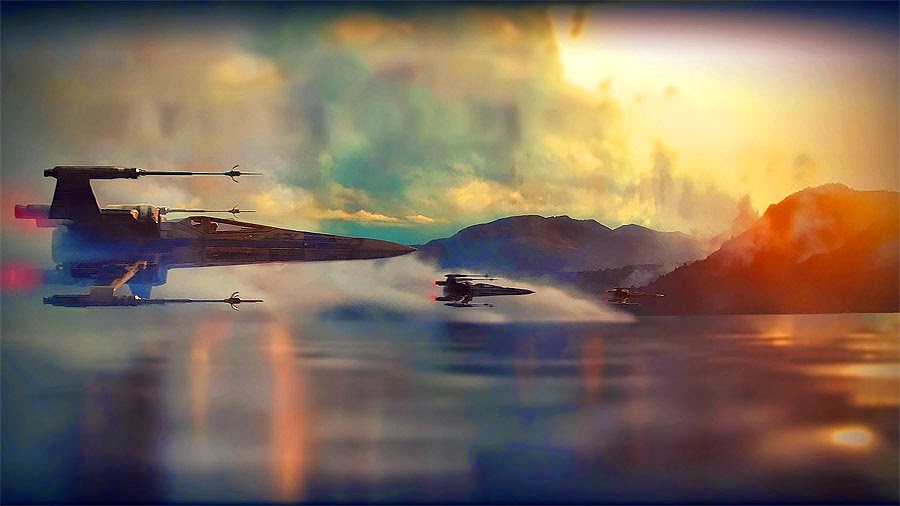