Scheduling a full four day wargame vacation wasn't in the cards this year, but I did manage to make a one day excursion to Historicon 2011. Despite only having a limited window of time on site I still had a great time. Pics and a brief report after the jump.

I had a very specific set of goals heading up to Valley Forge for the show: hit the vendors to pick up more terrain and figures for my growing Ancients armies, get in a game on some beautiful terrain, and take a quick spin of the various games to gawk. Failing only to bring my camera (doh! I had to resort to my phone cam!) I managed to check off everything from my list. 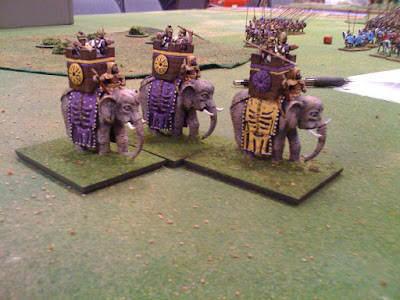 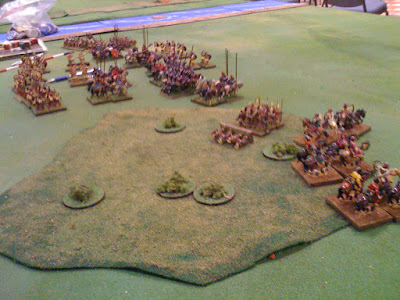 There was an astounding number of games going on at any one time. The majority were ACW and WWII but I did find a handful of ancients games. Lots of DBA and FoG, a few Clash of Empires, and another rules set I didn't recognize. Sadly I didn't see any Hail Caesar games going on, but I did check out a Black Powder scenario involving a Union / Confederate clash in the swamps of Florida.


An Uncivil War
Lucky me, I managed to get a spot in a pair of demo games of Architects of War new ACW skirmish rules, "An Uncivil War". I've been an admirer of the AoW terrain and blog since hopping back in wargaming, so it was a real treat to get to play on some truly beautiful terrain with Ernie and Les.

The scenarios we ran appear to be typical for An Uncivil War, and i found them particularly unique. The combat rules, morale, and weapons are all detailed as you'd expect in a skirmish game but AUW adds an extra lair of strategy by including on table "loot" that can be collected towards each scenario's victory conditions. I really enjoyed the tactical decisions required in trying to collect or protect loot, while also engaging in combat. Uncivil War also stresses a "Hollywood" sense of fun that is present in the rules and scenarios: vengeful Southern belles wielding frying pans, hungry and desperate Rebs chasing chickens and goats about while dodging gunfire, and the straying eye of the Southern belle's suitor which could see him dashing out of the player's control should he find himself too close to his lady love.

The game was a lot of fun! I played in two scenarios, one in which my Southern messenger was attempting to bypass a Union party who were raiding a local farm, and another in which my Southern constable and his posse were rounding up Confederate deserters. A nearby table with four players had a larger conflict involving infantry, cavalry and the hunt for spies. Talking to the AoW guys it seems Uncivil War can handle up to 100 figures on the table. As someone considering getting into ACW the thought of a skirmish game that's playable with less than a dozen figures but scales up to one hundred is great. An easy way to try out a period while building up troops for games that require hundreds of figures. 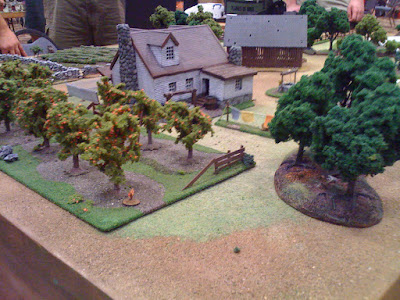 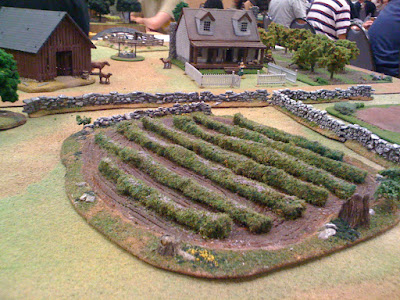 I also thought there was a lot of potential with Uncivil War rules to expand into campaign play (with loot gathered effecting the next scenario played) or as the basis to reskin into other periods (I'd really like to take a shot at using the rules to run the inter-tribal war the Celts engaged in). Fun game, neat ideas, lots I think you could do with it. Looking forward to the full rules being published this Fall.

The Haul
Finally I hit the vendor hall. I checked out the Architects of War stall and was really drawn to their desert terrain. I started thinking about games set in North African between Carthage, Numidia, and Rome or Caesar in Egypt.

With elephants being a key feature of the Carthaginian army I'm working on, I've been keen on finding a good north African elephant. I've been leaning towards Aventine's, even though they specialize in the elephants used by the Successors, but I happened to stumble on a manufacturer I hadn't noticed before, Sgt Major Miniatures.  I only managed to snap this quick phone pic, but I really like the weight and energy of their "Numidian Elephant".  I'd ditch the crew and add a howdah, and it's probably larger than a true north African ellie, but this model in the flesh was just what I was looking for. 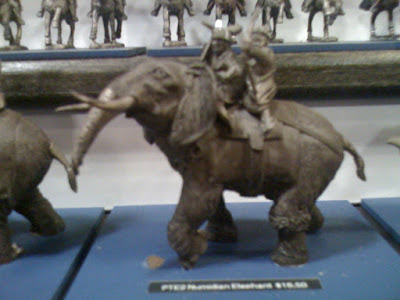 Leaving the pachyderm for another day, I picked up some Celts, a few generals for my ancients, a foam cutter, piles and piles of bases, and a few bonus sprues in the Historicon goodie bag. Oh. And some loot pigs :)  All in all, a fun day of wargaming stuff.