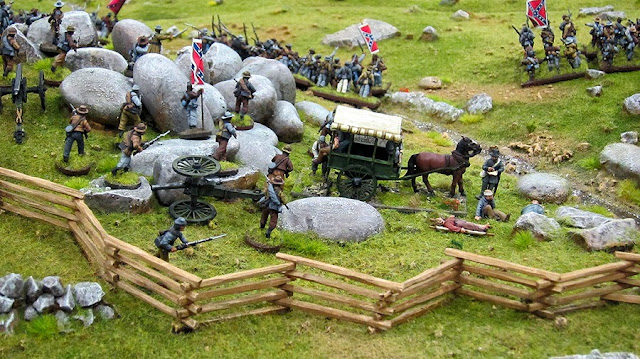 Day one down, with lots more gaming to do. Before turning in I thought I'd throw the photos I managed to snag up on the web for those of you who are unable to attend. Check them out after the jump.


My Ikko Ikki monks didn't make much of an impression in battle, but I did get to chat with Mark (I hope I remembered his name correctly) from Earth383 games and comics, whose monks managed to destroy and route a good portion of the enemy samurai. Good guy, go play games at his store :)

When not rolling dice I tried to scope out nearby games. Some of the wives got into it and started roving about, snapping pics themselves. Lots of impressive games this year! 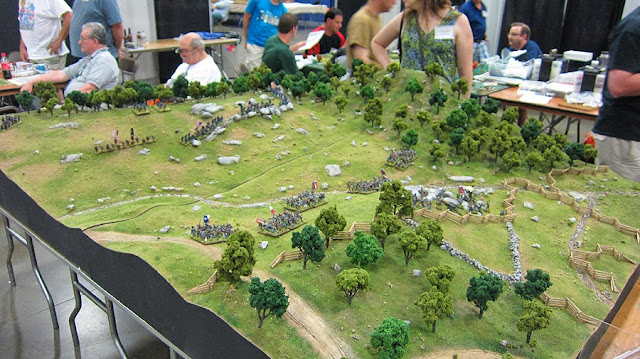 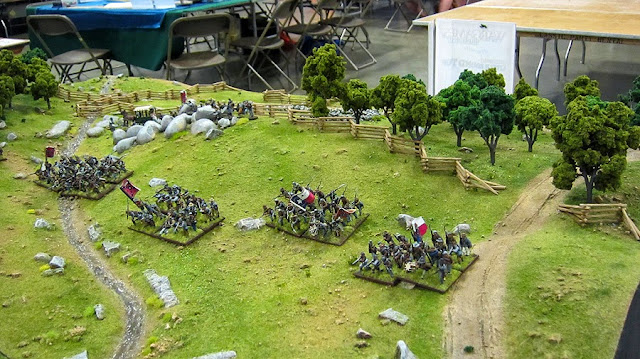 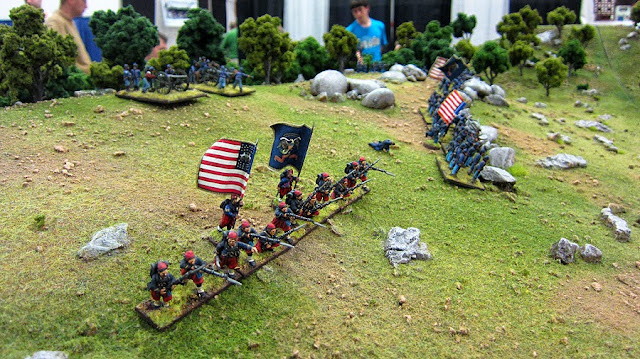 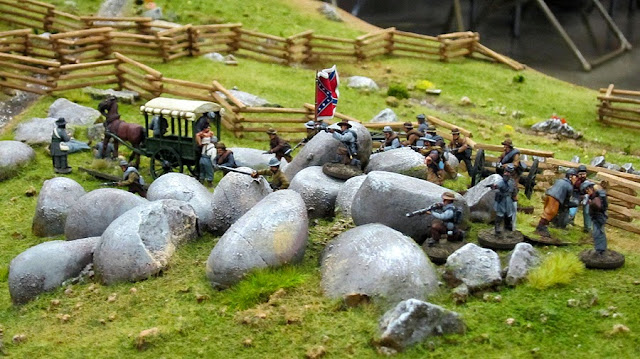 Sponsored by Miniature Building Authority, this was a massive table, a large gothic castle dominating one end, with villagers and ghoulies duking it out in the village below. Lots of players, an engaged GM and seemed to folks were having a ton of fun. 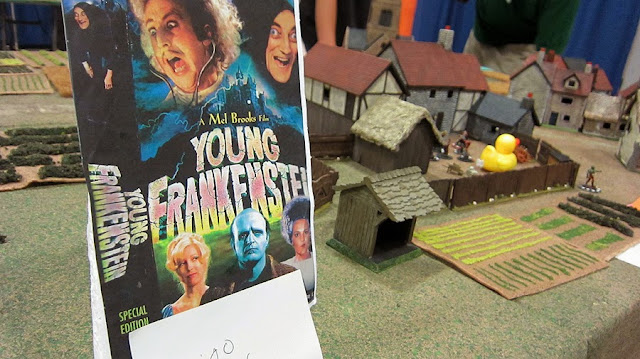 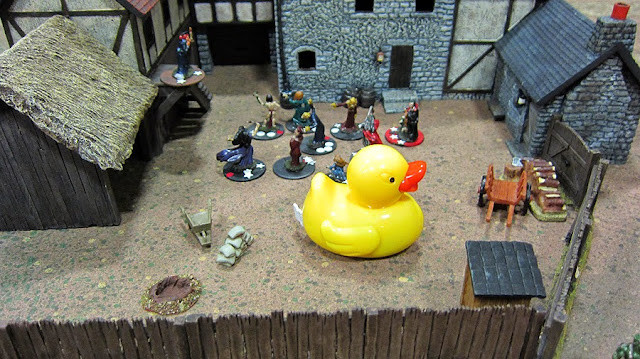 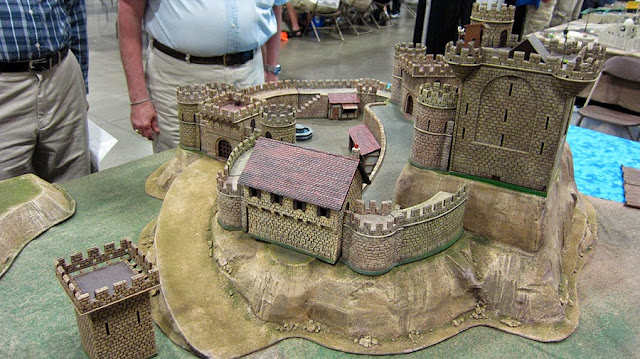 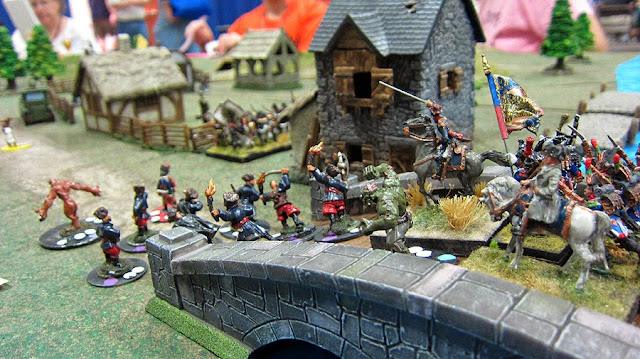 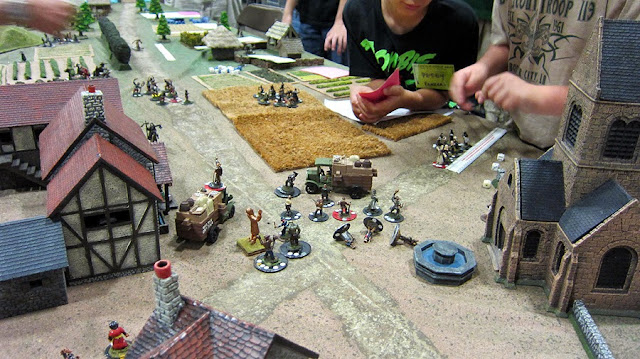 "All Quiet on the Martian Front"

Architects of War had demo table set up with their new War of the Worlds game. 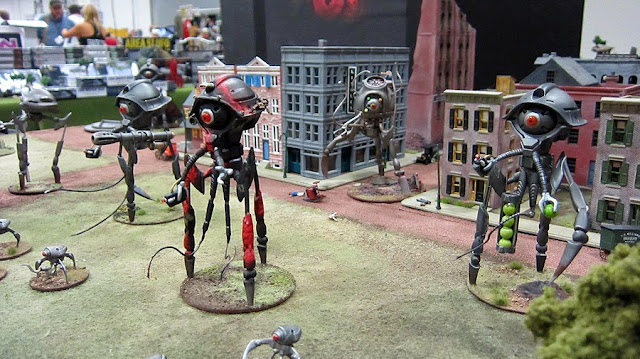 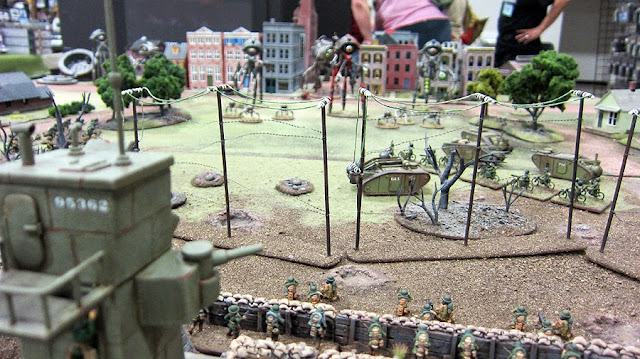 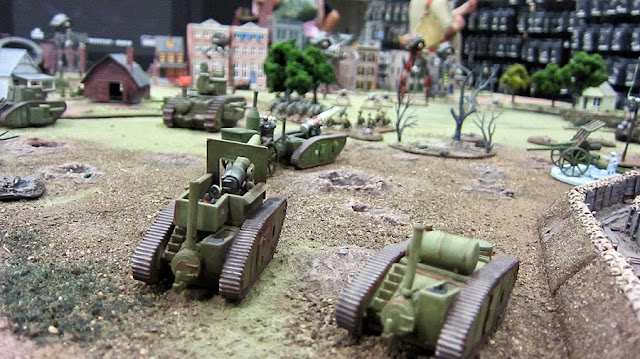 Some friends of mine are attending their first wargaming con. For their very first command they happened to be given the battlestars Galactica and Pegasus. They had a great time and emerged victorious. 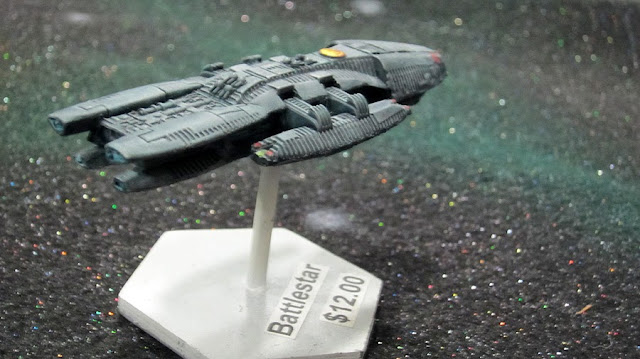 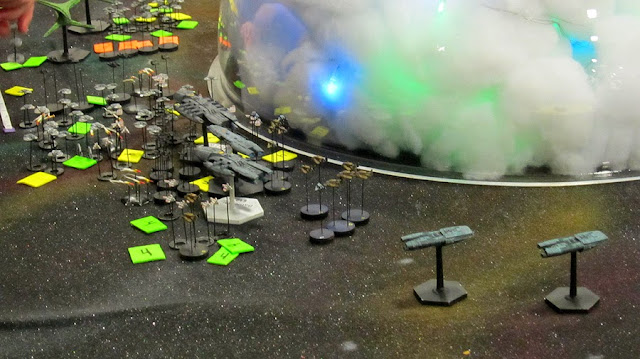 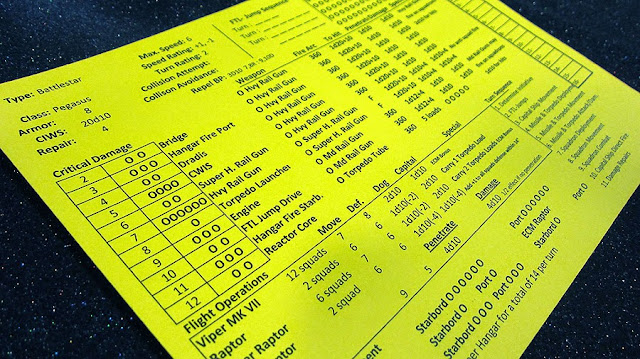 I only had time to snap a few photos as I passed by. There's just too much to see here!

That's it for tonight. Full schedule tomorrow, hope I have better luck with the dice on Friday!
Posted by John at 12:21 AM