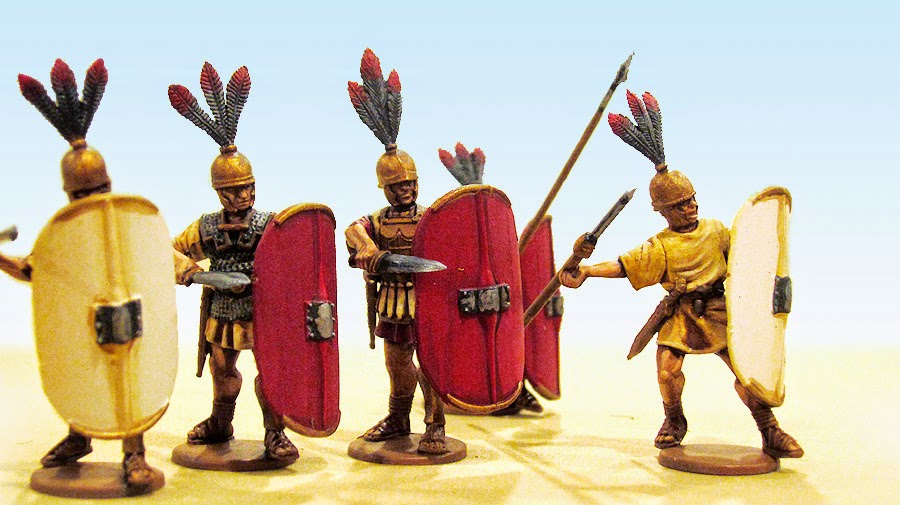 Each sprue has enough pieces for five figures: two unarmored hastati, a pair of mail armored princepes and a single kneeling triarii. The sprue is also packed with lots of options for arming the figures and lots of head variations to customize your Romans. 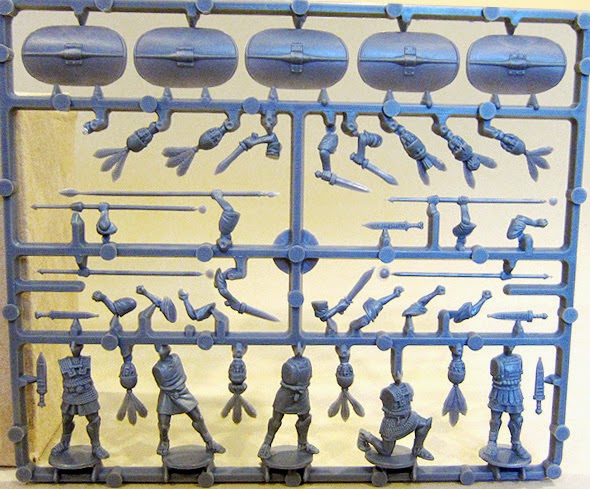 Detail on these sculpts is excellent. I was impressed with the sculpting of Agema's first release, their plastic velites, and the same attention to detail and naturalistic poses are evidenced here. The sculpts feel realistic, there's a real sense of weight being shifted from one foot or the other. The musculature of the arms and legs, the detail of the fingers hefting pila, the drapery of the sleeves look better to me than the slab-like muscles and mitten hands of some other manufacturer's figures. 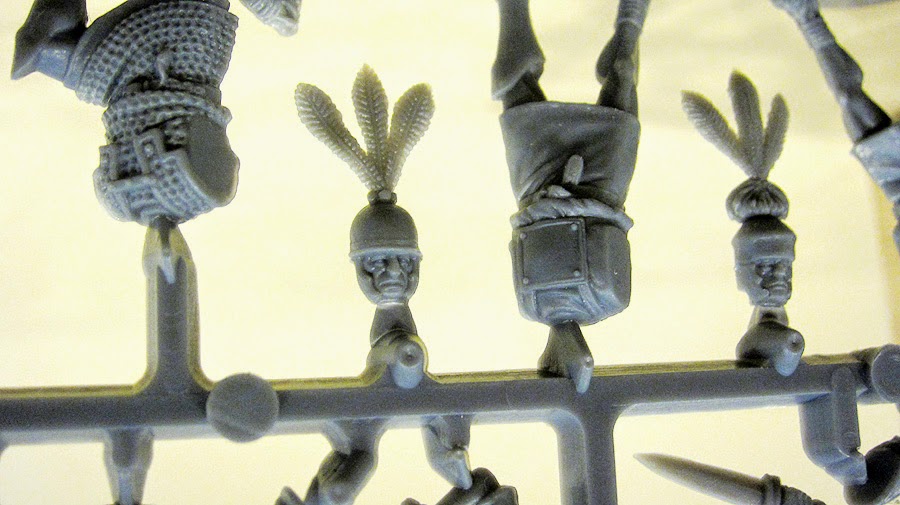 Each face is unique. There's a variety of expressions (from grim observers to snarling warriors), and in addition many of these faces show unique character. There's one with a classic, strong "roman nose" that I'm a particular fan of. 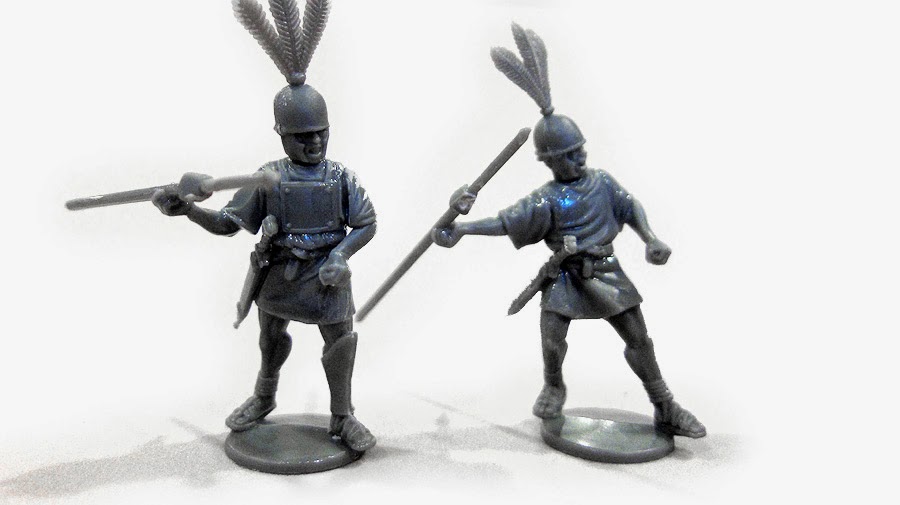 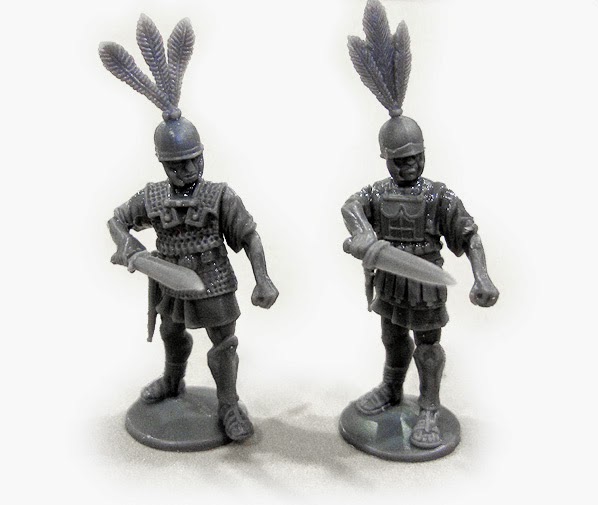 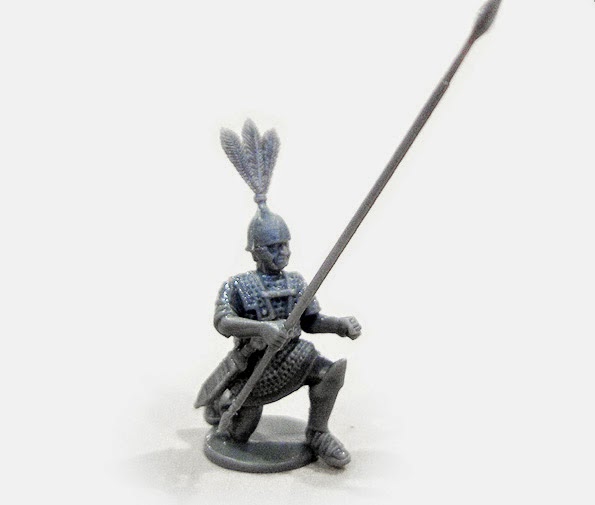 Assembly is quick, and while I had to spend some extra time figuring out the positioning of an arm or two, I didn't spend nearly as much time as I did with figures from Wargames Factory and Warlord Games. Wargames Factory especially seemed prone to awkward end products if extra care isn't taken making sure the arm and torso positioning results in something that looks decent. 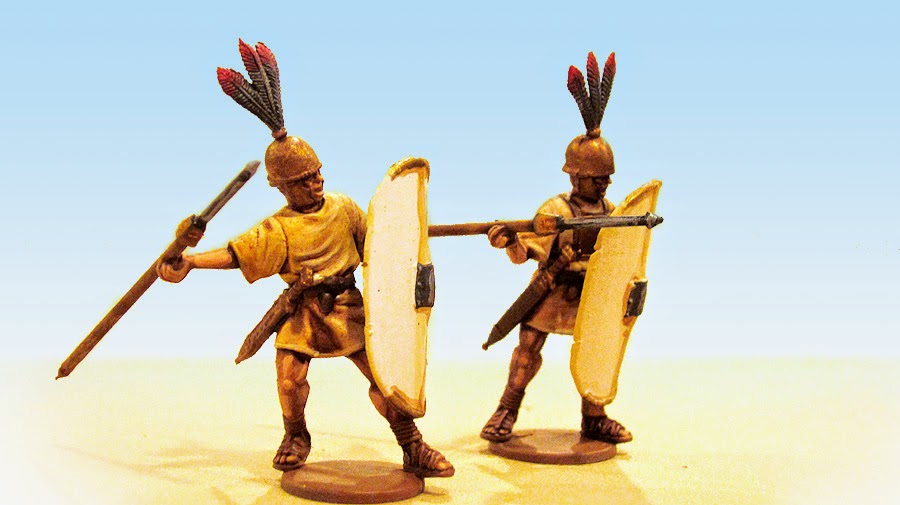 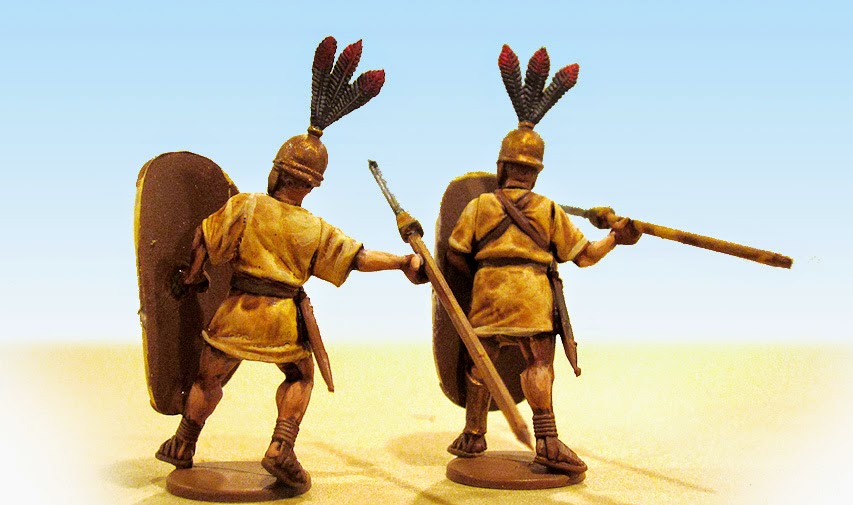 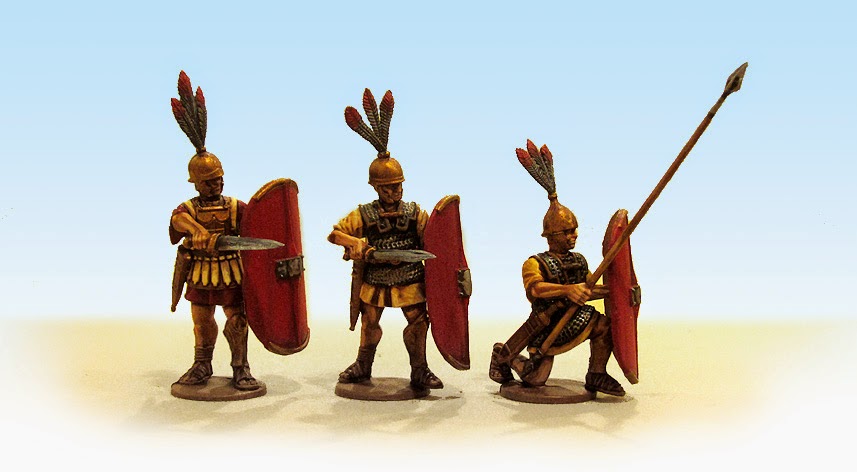 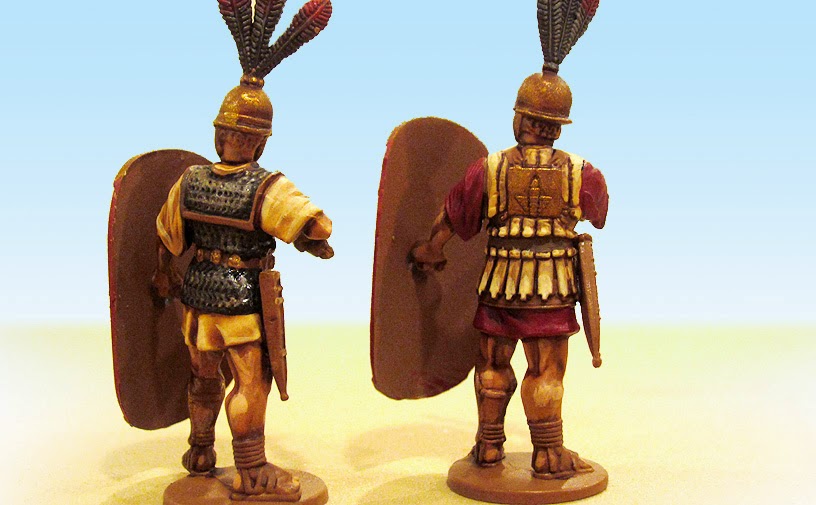 Painting these up was quick and easy. The crevices loved sucking up a nice wash, and detail was sharp enough to dry brush things like the feather plumes on their helmets. I really loved these figures, but if I'm being objective there are a few things I should point out:


That's it. That's all I could scrounge up. These are the plastic Republican Romans I've been waiting for since I started with ancients. I'm gonna buy bunches. Agema is running a pre-release special right now on their site, and I believe these will be available at Salute.