Despite a concerted effort by Real Life™ to disrupt my painting progress, I managed to squeeze in a little painting time and finish up a handful of sci-fi figures this week. 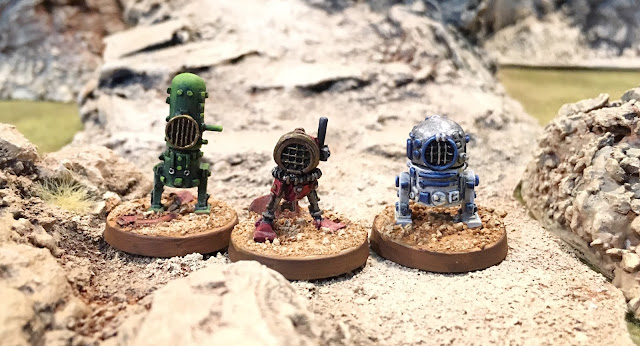 All of these are from the Astropolis Kickstarter, full of character, chunky detail and a delight to paint. 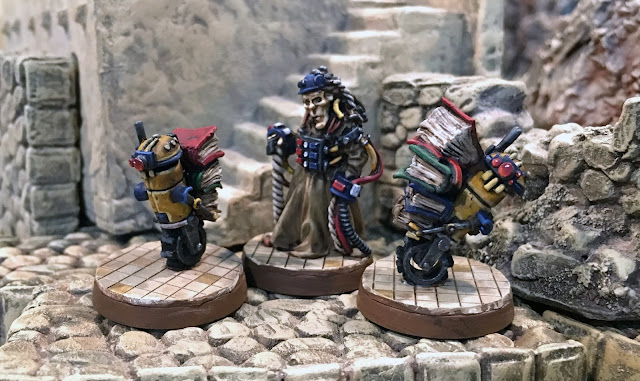 I particularly liked this archivist and his two minions laden with dusty tomes. Not exactly a typical subject for a sci-fi wargame, but they'd make a great objective to capture or escort to a waiting escape transport. 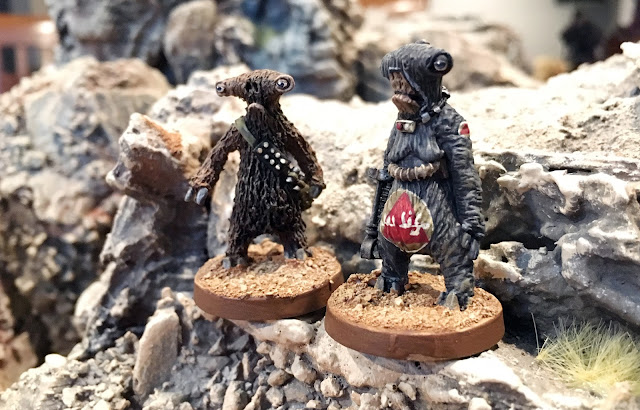 I have a host of these hammerheaded kroglogg aliens. Before committing to a color scheme for the others in my lead pile, I wanted to test out a few palettes on this pair. Although most of the aliens are covered in thick hair, a few have a less defined surface pattern, more like the skin of an elephant. I'm not sure if the sculptor just chose to portray their fur in a different style or what, but I decided these "wrinkly" aliens must be wearing skin tight space suits. I gave the gray suit a few emblems, and while I think she's hideous, I'll bet her form fitting coverall drives the kroglogg boys wild.

That's all for this week. I know a few of these figures a bit diminutive, but I'm hoping these eight 28mm figures give me another 40 points.
Posted by John at 11:30 AM