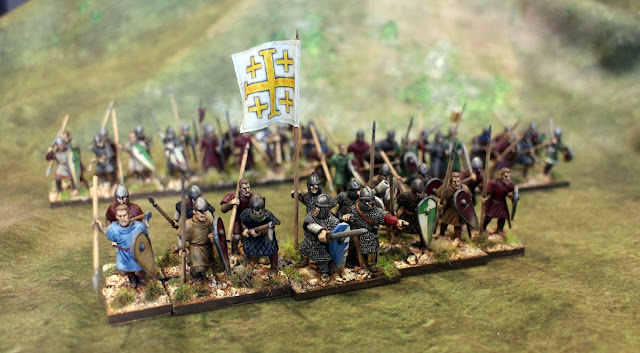 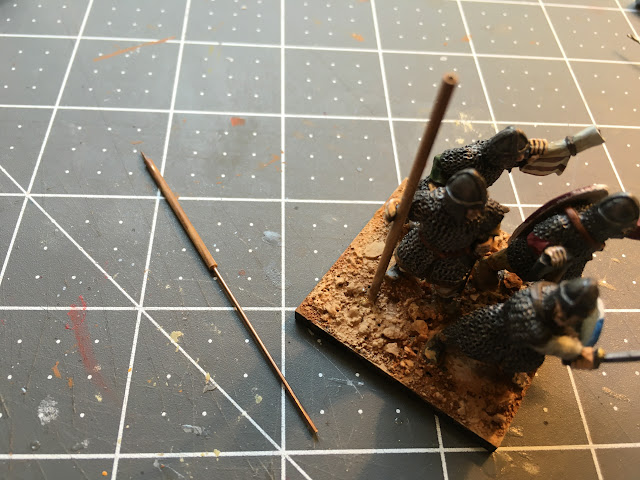 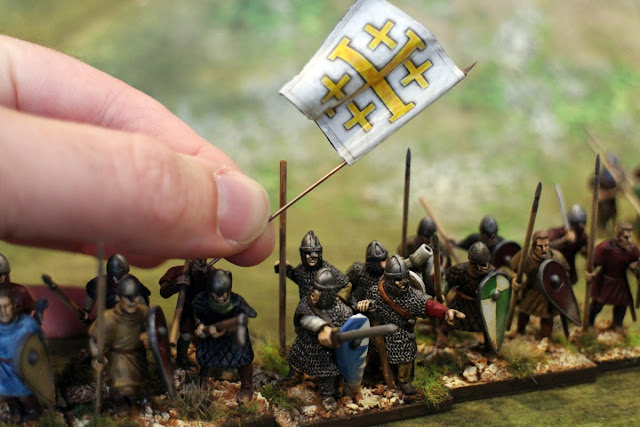 
The colors are richer, the animation more pronounced and overall it simply "pops" in a way that my homemade version doesn't. I had some specific sizing requests for this banner and Rick was highly accommodating too. I'm planning on picking up several flags from him just for my Norman foot, plus all my other medievals because they just look so slick. Looking forward to getting these guys on the table. With fancy flags like these, they can't lose! (right?)
Posted by John at 2:06 PM 6 comments: