I've had some plastic 5th edition Brettonian archers knocking around my lead pile for 20 years, but didn't have a reason to get them onto the table until I started playing Lion Rampant. I've been working on English army circa 1250-1315 and they desperately needed a missile contingent, but the monopose Brettonians didn't quite match the more dynamic modern Firefroge figures that made up my the bulk of my army.

Doing some research over the Summer I found that Front Rank's figures seemed to be the best match to Games Workshops old sculpting style, and had a variety of poses and equipment that would help break up the ranks of identical plastic Brettonians.

My English army uses a variety of red and yellow liveries for the knights and all of the troops they would have mustered. I don't believe soldiers would be fielding identical uniforms, as each was responsible for providing their own gear, so I'm depicting a rag tag look to these units, with some figures sporting more formal livery, while others making do with something vaguely red or yellow colored from their own meager clothing collection.

To help identify the units on the table I've grouped together figures into a red unit, a yellow unit and a neutral unit. Some of these figures are individually based so I can always mix the colors up if necessary, but in the end these are game pieces we need to keep track of on the table.

Three 16 man units give me 48 figures, which should give me a total of 240 points for the Painting Challenge!

Email ThisBlogThis!Share to TwitterShare to FacebookShare to Pinterest
Labels: Medieval 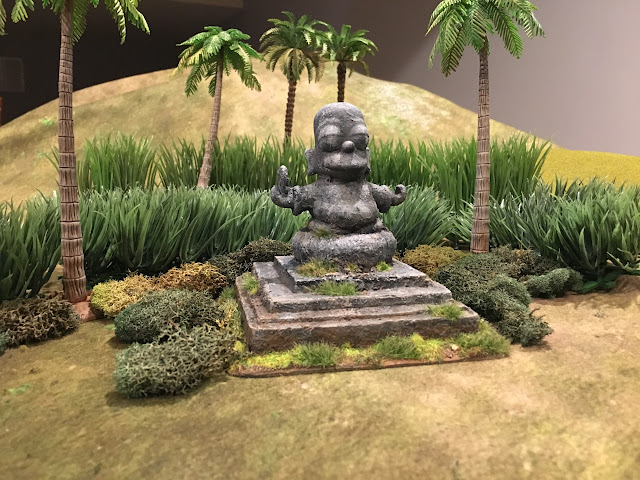 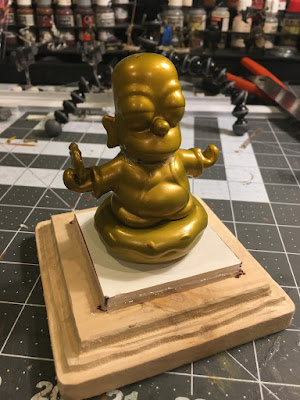 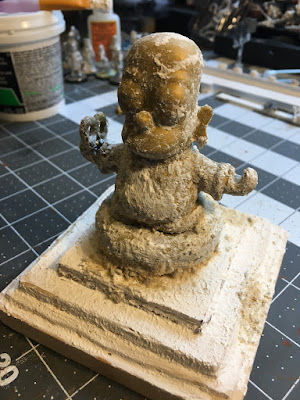 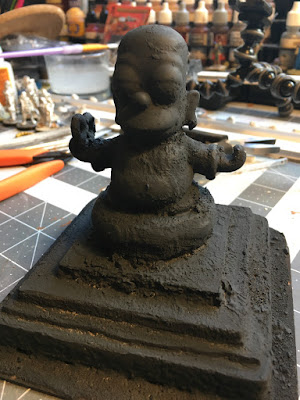 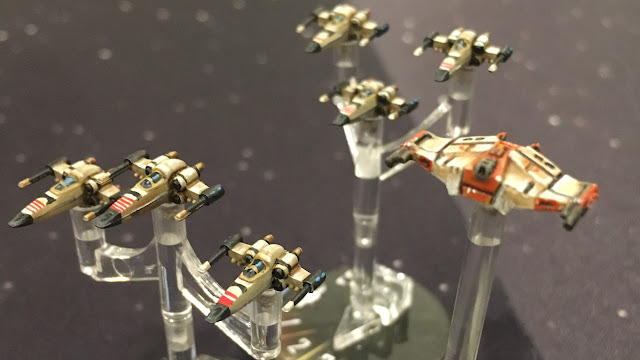 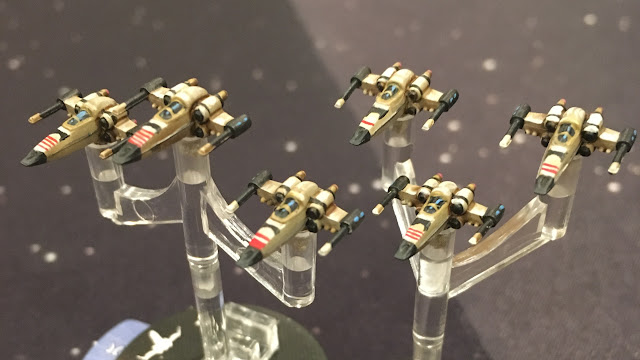 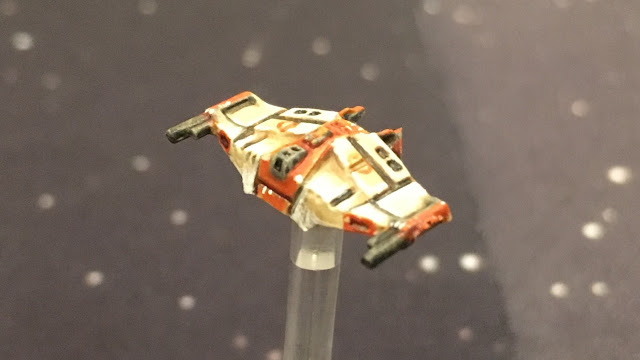 All told, it's a tiny entry of 7 ships but every bit counts towards that point goal, right?
Posted by John at 3:14 PM 4 comments: