I dug out a few more horror themed figures from the Reaper Bones pile. First up, a Frankenstein-esque flesh golem, cobbled together from a variety of corpses.


Another extremely bizarre pose, and despite the flexible Bones material, I was unable to contort his arms into anything more fitting. Maybe he should be throwing his arm around his best bro' Sasquatch.

I used three different skin tones: a cold gray, a dark chocolate and a grisly tan to suggest the creature was stitched together from at least three different corpses. Seams received a wash of dark Vallejo Game Color Charred Brown, with brighter red highlights. Stitches got a stripe of black to get them to pop, followed by a highlight of tan.


This undead warrior was part of the Grave Danger set from the original Bones Kickstarter. I wanted to do something a bit different with his armor, so opted for a deep green coupled with a coppery brown for his cloak and trim. 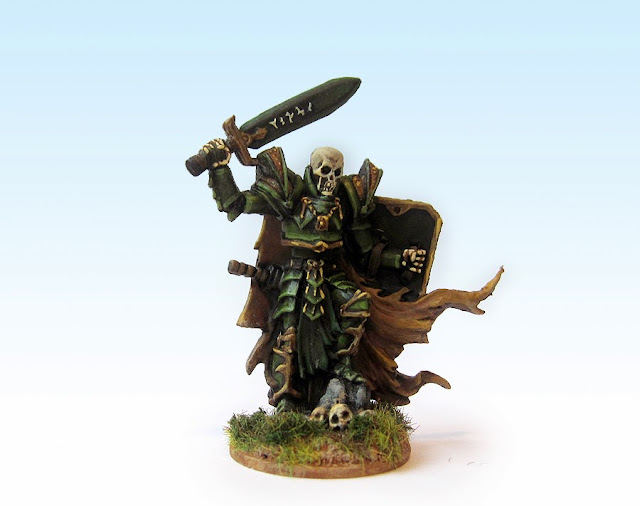 This is a nice figure, a decent pose, and while his armor is a bit extravagant, it isn't covered in skulls or spikes. His cricket bat weapon is a touch odd, but I figure you could remove it and replace it with a sword or something.
Posted by John at 7:17 PM 1 comment: 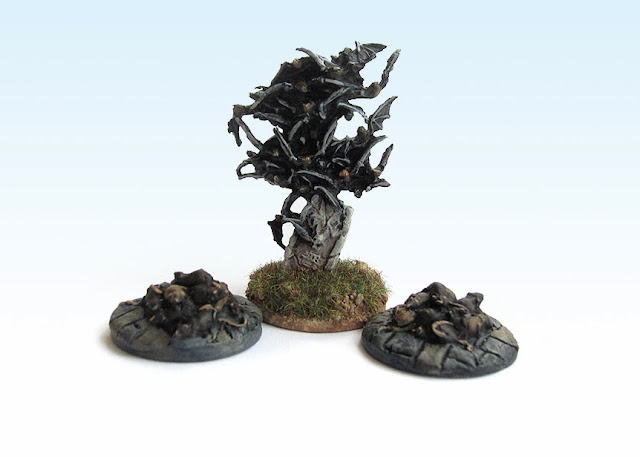 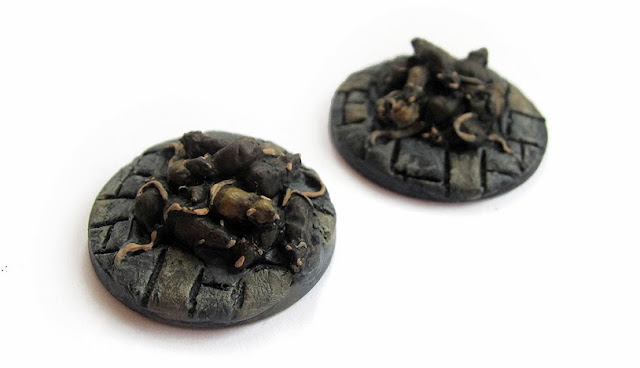 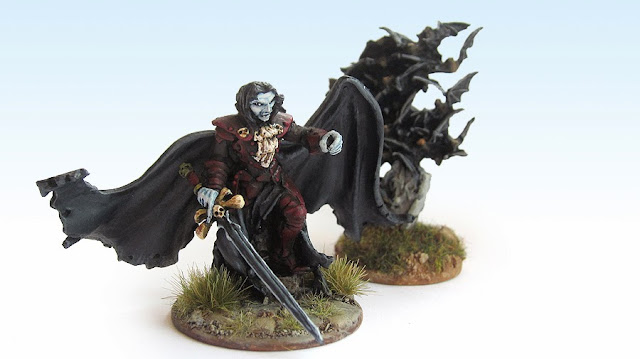 
I've been checking out the Bones II Kickstarter currently running, and I'm not quite as hot on it as the original. Reaper seems to be loading it up with miniatures that are pretty similar to the ones from Bones I. I might pick up a few of the individual add on figures, but with a stockpile of Bones figures on hand, I think I may pass on the core set.
Posted by John at 3:49 PM 3 comments: 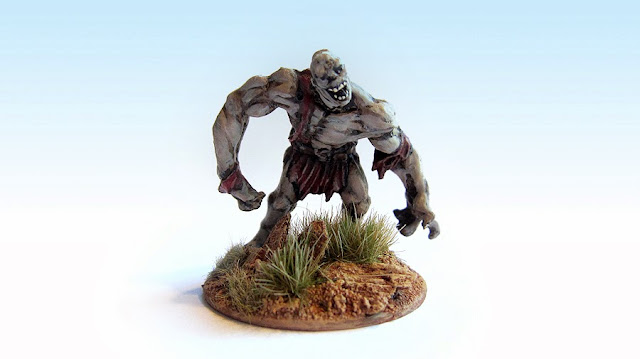 So much kickstarting! Reaper just launched their second Bones kickstarter. I thought I could resist, but already I'm being tempted by the quirky monsters they are offering.
Posted by John at 9:14 PM 5 comments: