Scrum Con is coming to a computer near you! After two successful conventions, we've decided to bring our local gaming con online to keep the tradition going. Scrum Con has featured a mix of RPGs and wargames that don't always get a ton of attention at some of the other conventions we attend. Fantasy, sci-fi, horror and pulp are the order of the day, often featuring older editions, weird side projects or under appreciated gems. We try to offer a wide variety of games so players can sample a lot of different types and styles of games. It's a veritable buffet of gaming options!
I'll be running my sci-fi game Star Schlock using Tabletop Simulator. TTS has been a big help in beta testing the rules during the course of the pandemic. 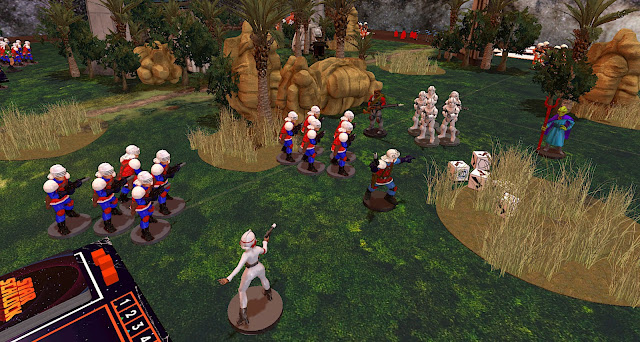 Currently I'm testing some ideas for vehicle rules and tweaking the individual abilities of specific. units, but the core mechanics of card based initiative, dice pools, and tactical flexibility have become pretty solid over the last two years of testing. The game I'm running at Scrum Con will be a basic introductory battle just to get new players up to speed on how the rules work and to collect additional feedback on them. I'd love to hear what you think! 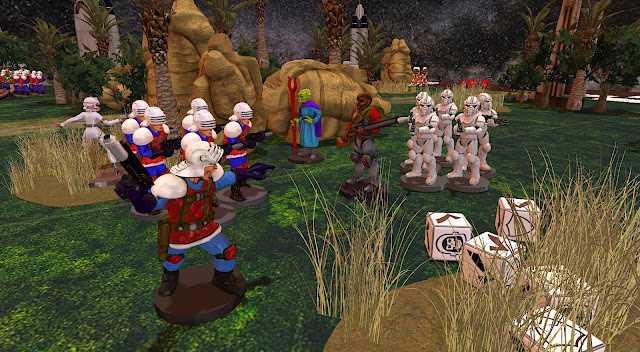 If you are interested in trying it out you can find my game on Saturday April 24th but I'm also hoping to stream it so gamers who don't make it into the game can check it out.
There are a ton of other great games available that some exceptional GMs will be running over the course of the con, too. My buddy Joe got into a classic game of Chainmail run by Eric Hoffman that he's been raving about for months. We're lucky that Eric is running an encore presentation of this classic fantasy ruleset at the Scrum Con. 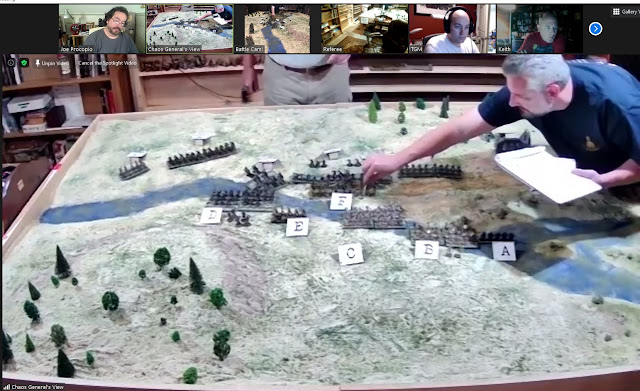 I've playtested In Deep Trouble, an MMO inspired dungeon delve among lovingly crafted terrain by a good friend of mine, and I know fellow scrum club member and HMGS veteran Walt has been working up a daring WWII air raid scenario.
I don't know about you, but I've sorely missed the convention experience over the last year. I'm very excited about having a chance to roll some dice and push some lead (even virtually) to tide us over as we finish the last of this pandemic.
If you'd like to spice up your weekend besides bingeing yet another Netflix show you can pick up tickets for Scrum Con Online before the convention kicks off April 24th and 25th. I hope to see you there!
Posted by John at 11:30 AM 5 comments: