"Somebody call a doctor!" Sci Fi figures and markers 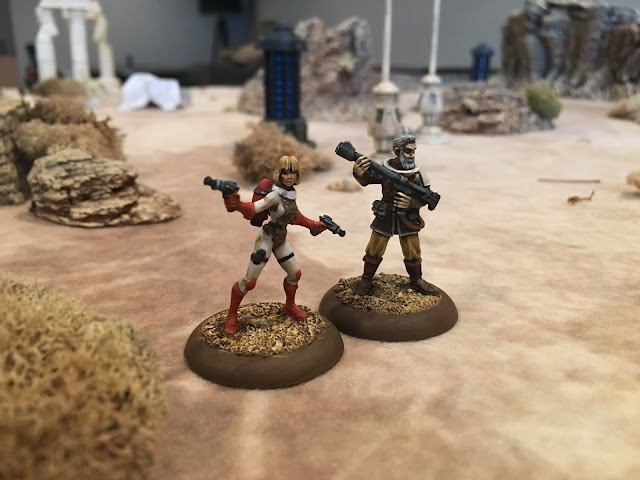 I've been making progress on the sci-fi game I've been writing, and with it came a host of core hobby projects that I needed to complete: grunts and soldiers for multiple factions, bystanders and table scatter. With those basic components completed, I'm starting to work on some of the more unique bits for the game.

Sci fi figures that don't look like they've leapt out of the GWs 41st millenium are uncommon, but thankfully Reaper Miniatures has a number in their Chronscope line that work for my needs. 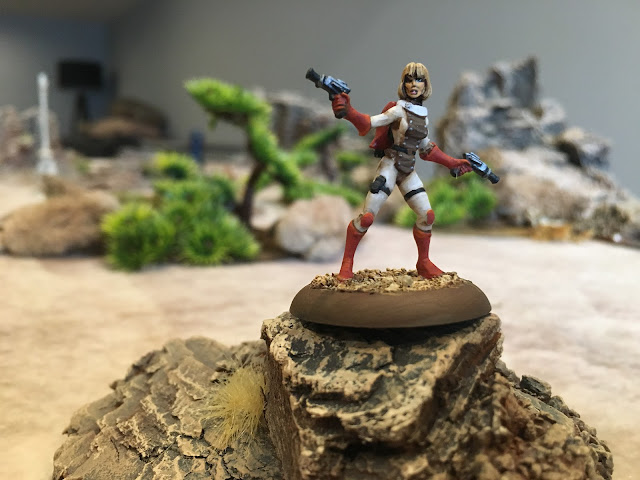 I'm aiming for a late 1970's sci fi cinema vibe for the game, and while this space cadet has a definite 1950s rocket girl overtones, she gets a pass by way of Erin Gray's "Buck Rogers" jumpsuit. 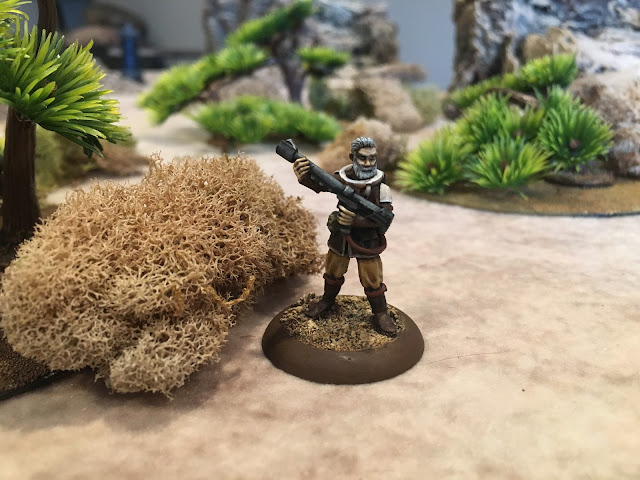 In the original script for Star Wars, Uncle Owen was an anthropologist studying wookiees. In a nod to that forgotten manuscript, I've painted up this Captain Nemo from Reaper as Doctor Owens, a wilderness explorer leading a similar band of wooly alien natives.

Opposing this heroic duo will be a horde of space monsters, each with a grisly melee attack. The results of those attacks will leave the battlefield littered with bloody messes, tokens that are part of game play. 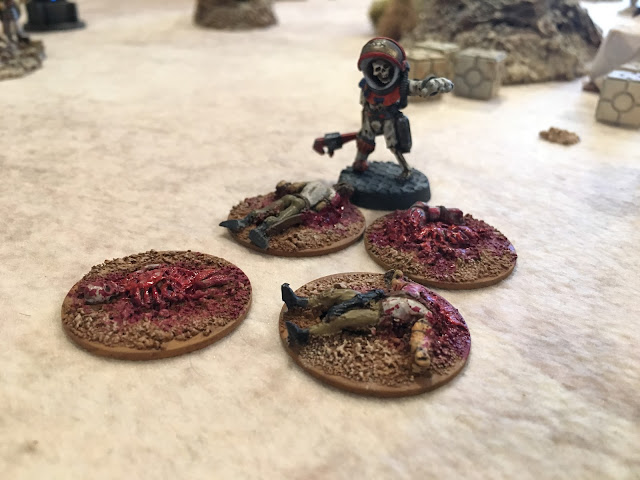 I pressed a number of abandoned miniatures, left over parts and miscasts along with copious amounts of putty to create these disgusting markers. Gross! Fun! 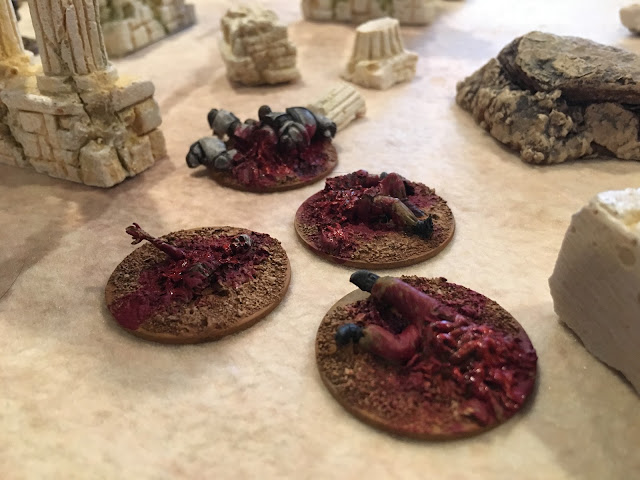 With all of the bits I need finished they'll be hitting the table this evening for another playtest.
Posted by John at 1:57 PM 9 comments:

Can you spare some sculpting feedback?

With 3D sculpting becoming commonplace in the production of wargaming miniatures I thought it was time to take a chance at sculpting some figures myself. I've never sculpted anything before, but I'm not one to let gross ignorance stop me from pursuing my hobby goals.

I've been tweaking my first full body human model, and before I start creating variants running, gunning and getting up to no good, I was hoping you could provide any feedback to help me refine this base model. Any suggestions you have to improve it will be welcome, whether you are a sculptor, caster, 3D modeler, printer or miniature painter.

1) This is a static pose, with some unfinished wrinkles and detailing in the clothing. Final sculpts will be more dynamically posed, with less obvious mirroring of body parts.
2) I intend to send the models to be SLA printed to create masters for eventual spin casting. Do you see any red flags I need to keep in mind when reposing? I'm a bit concerned about the undercut that will be necessary for the back of the helmet.
3) I like big chunky minis ala Games Workshop circa 1988. The head and hands are intentionally scaled up for this mini, but not sure if I need to enlarge them even more to give it a proper old school, comic book inspired panache.

Thanks for any feedback you can provide! 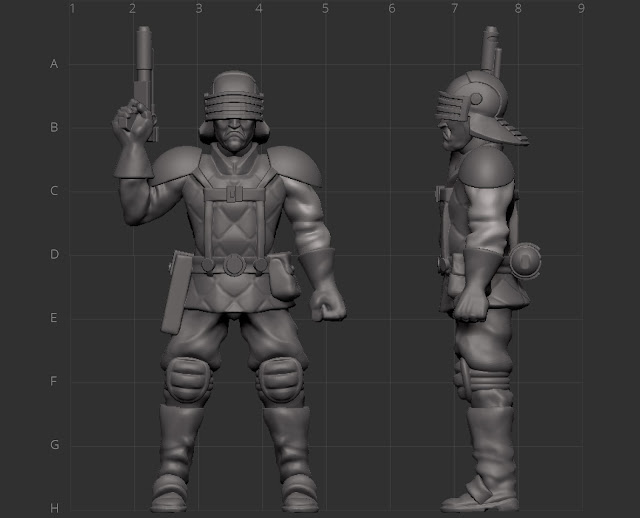