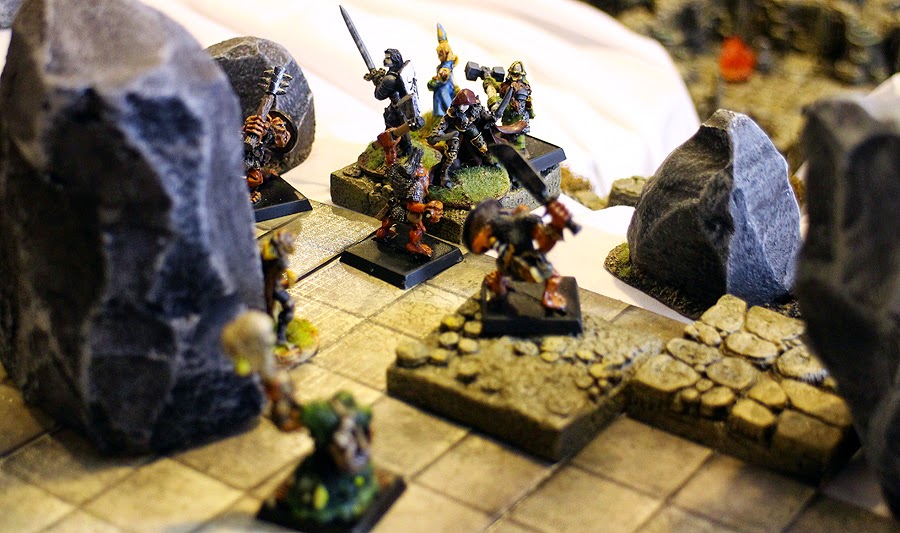 
It's a new year, so time to review my hobby accomplishments this year and plan for next year.

This year I completed:


That doesn't seem like a ton compared to previous years, but those dungeons took up lots of time to complete, I painted and repainted the 15mm vehicles a few times as I learned how to use my new airbrush and weather tanks, and I have dozens of painted figures that just need to be based before I count them as complete.

I've tried not to add to my lead pile (although the Christmas presents pictured above that arrived this year aren't helping, but that's not my fault!) and worked to steadily chip away at it as I can.

Conventions
I attended four conventions this year, including Barrage, my first small local con. With my work and family vacation schedule tying me up during the HGMS cons, I'm looking to branch out again to some smaller local cons to get in my quality gaming.

Playing
Unfortunately I've come to realize that my usual gaming group isn't going to be able to get together for sessions as regularly as I'd like. Distance, work and family obligations certainly put a crimp in our free time, so I'm trying to locate some wargamers a little closer to home.

On an encouraging note, my son is really picking up steam as a game opponent. I don't post most of the games we play, but we're usually rolling dice with a board game, RPG or card game most weekends. It's nice having an opponent in house :)

This year I managed a few games of Hail Caesar, we finally got into SAGA (which is a blast), and I ran two of my home-brewed Dungeon Bash games. Not bad, but I'd certainly like to be playing more in 2015.

Goals
I'm going to remain conservative this year, and concentrate on projects and periods I've already started. I still have a massive amount of Reaper Bones to work through, quite a bit of Roman and Celtic lead to paint up, an expansion of my SAGA/Hail Caesar 1st through 3rd Crusades figures, and a handful of Martians to tackle. That's plenty to keep me busy for the year.

The real trick is going to be finding folks to play with. Oh to live in England where you can't throw a stone without hitting a beardy fellow wargamer (or so I hear). So how'd you do? Did you complete your 2014 hobby projects, or is the 2015 Backlog just that much longer now?