I squeezed in some painting time this weekend and managed to get some of the major blocking done on these WGF Romans.  I painted individual fantasy figures for decades, so switching to large massed ranks for ancients was a big change for me. I adopted a quick, assembly line style paint job to get units on the table, but before getting any washes or highlights on them, I always feel like I'm doing a crummy job. Once I've got the flesh tones on and a few colors for gear or clothing, I can see the potential for the final product which makes the rest of the painting process easier.
Posted by John at 10:17 PM 2 comments:

Not much to report. I managed to get my Wargames Factory Romans assembled and primed. I'm hoping that the similar poses will be more conducive to rapid assembly line painting.  I really have no idea how some wargamers are able to paint hundreds of Celts at a time. I did 30 and now I'm totally ready for more rapid progress on some easy peasy legionnaires.

I currently have a few projects that are in progress, but none are at a point where there are any exciting photos to show. I've been clipping and cleaning a box of Wargame Factory Romans and made some headway in assembly. Hoping to get them fully assembled and primed by the end of the weekend. I might have a few tips for anyone thinking of putting together some of their own as well.

Worked on a few wargames projects this weekend but not enough progress to show.  I did get in a game of Colosseum though, our first play of it even though I've had it for a few years.  It was fun, though there are a lot of fiddly bits to the rules that will take a while to master.


Set in ancient Rome, each player  attempts to draw the largest crowd to the events they put on in their arena.  You acquire gladiators, chariots, thespians and more and combine them into a variety of "shows", the more extravagant the better. There are also bits about attracting senators and the emperor, making improvements to your amphitheater and bidding against the other players to acquire the best stable of performers. Play felt a little bit like Pirate's Cove, and I can bet we'll give it another shot some time. 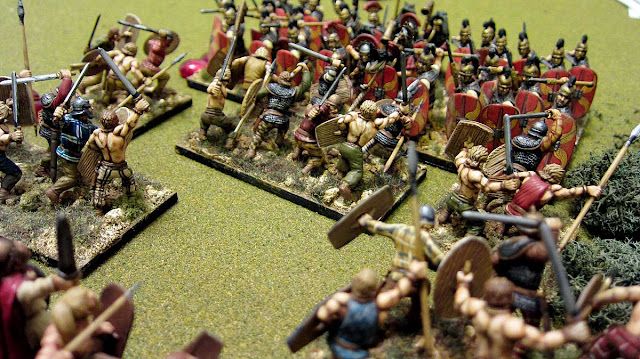 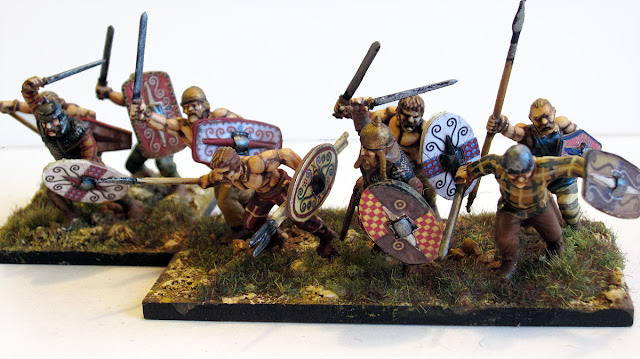