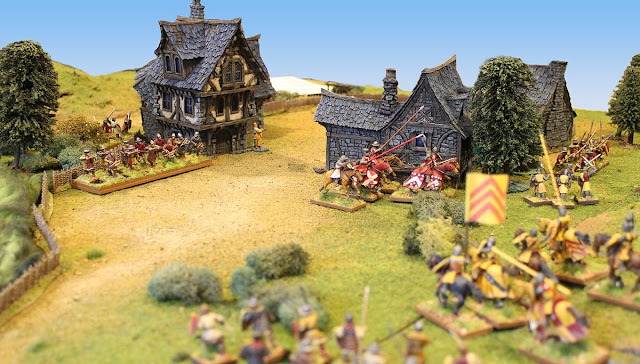 We got a chance to play some Lion Rampant recently. I ran an historically accurate refight of the famous battle of the Red Guys vs. the Yellow Guys this time.

Check out some pics and battle report after the jump.


We decided to play the town defense game "Sausages and Mustard" from the Lion Rampant scenarios.

The Red Guys began with a single foot unit holding the center of the town.

Their reinforcements (a contingent of knights and crossbows) crested the far horizon, racing to support their brethren. 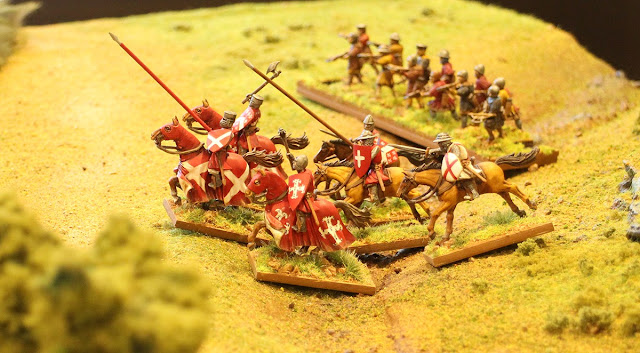 The dastardly Yellow Guys assembled upon the hill overlooking the village, flint and tinder at the ready, grimly determined to set the village aflame. 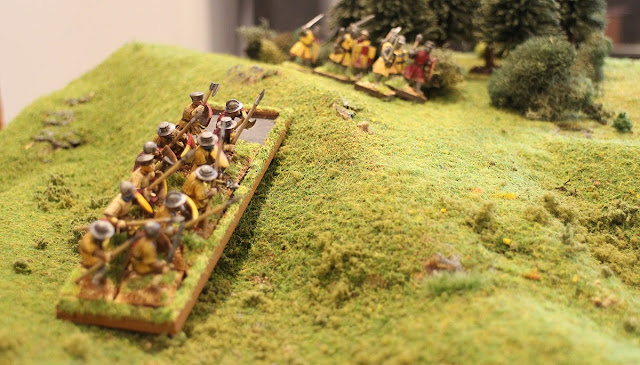 The vile Yellow Guys descended towards the village, but their Red opponents marched to the outskirts and formed a wall of spears to protect their homes. 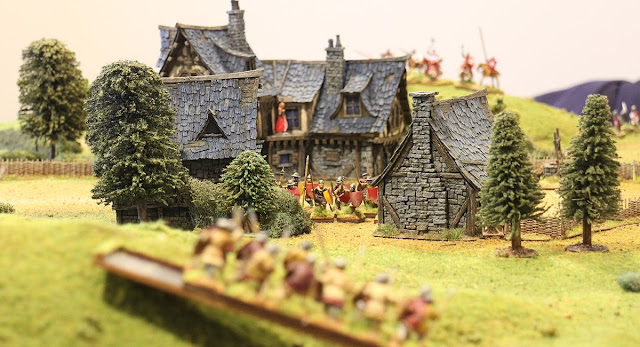 The Yellow foot charged into the fray but were repulsed again and again. Despite their bravery, the Red Guys were taking casualties. They could not hold out forever! 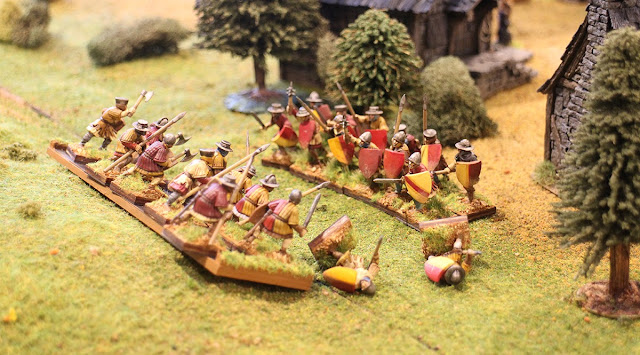 The surefooted horse of the Red Guys reached the outskirts of the town, racing to support the determined line of foot. 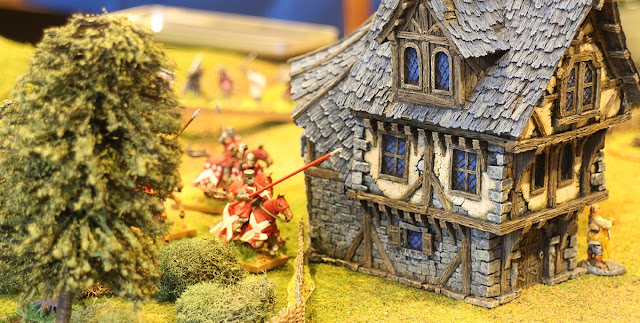 The Yellow knights, having dithered until this point finally were spurred to action as the Red knights charged into view. 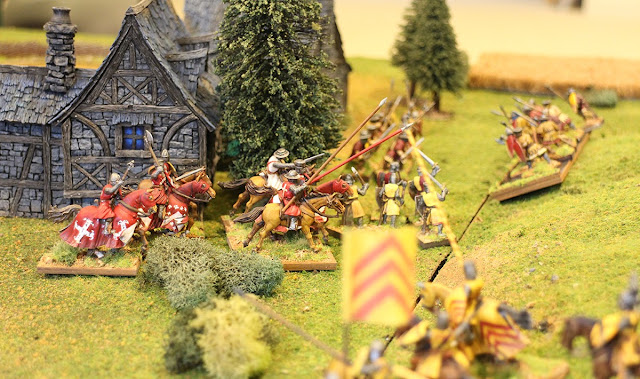 Red crossbowmen trailing behind took up position on the far side of town... 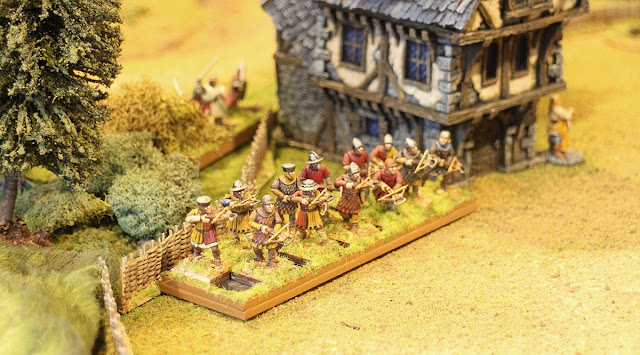 and began peppering the opposition with bolts. Battered, the Yellow foot protecting the Yellow knights' flank was forced to fall back.

After mauling the Yellow foot that had been closest to the town, the Red knights were suddenly charged by their noble counterparts amongst the Yellow band. Red countercharged and a furious clash of lance and shield erupted at the center of the battlefield.

Yellow continued to throw wave after wave of men at the resolute Red defenders, but to no gain. 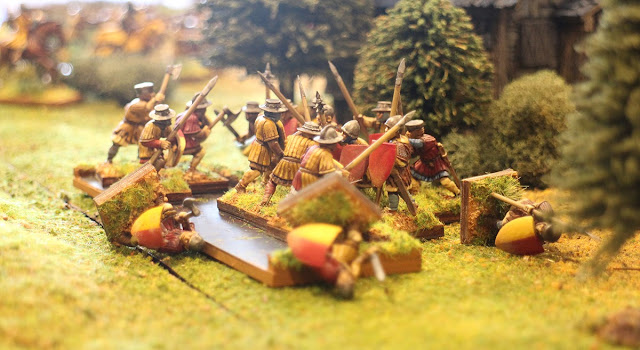 Surveying his battered and beaten forces, with Red still fairly strong and with not a single building aflame, the Yellow commander signaled a retreat. 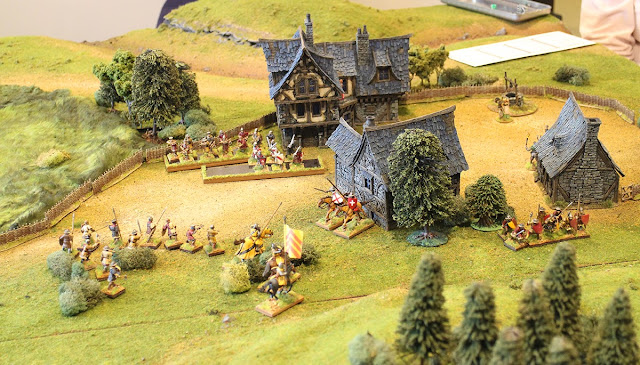 A fun, quick game. Lots of interesting decision making throughout, cursed dice and bloody medieval action. Looking forward to fleshing out my medievals with more figures for some larger battles. We're sorely in need of some archers to help break up those schiltron formations!