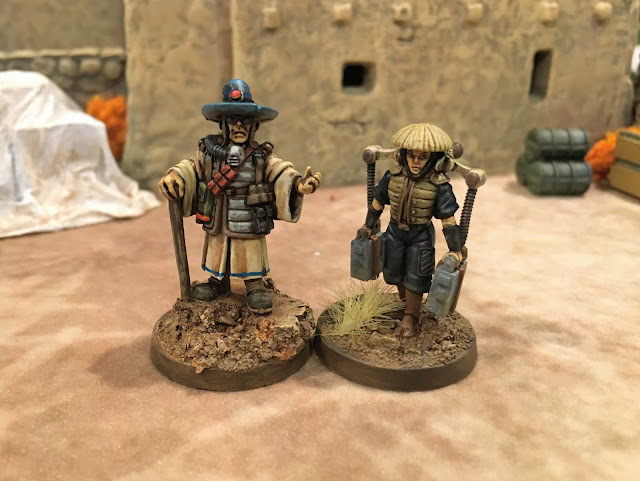 I've had these civilian figures from the Astropolis and Colony 87 kickstarter primed and sitting on my painting shelf for years, another monument to a stalled project. I've been working diligently on some homebrew rules which require civilians as an integral part of the gameplay rather than just window dressing. I'm not sure if I wrote the rules to motivate myself to get these civilians done, or wrote rules that just happened to require civilians, but in any case it did the trick. I can check off another seven figures from the depths of the lead pile. 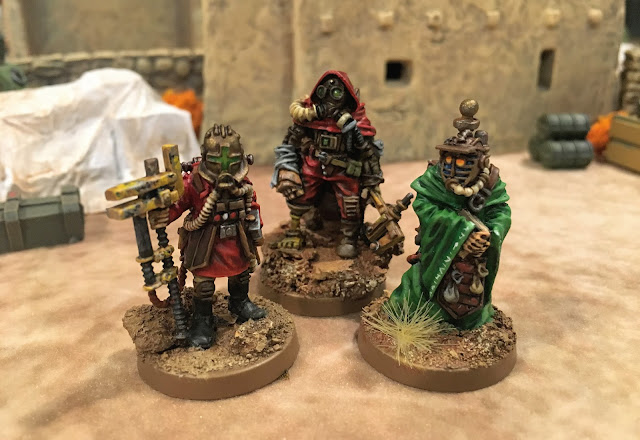 Both kickstarters created miniatures that would fit in well with the Rogue Trader universe, my first love in sci-fi wargaming and a unique atmosphere that I think later editions of Warhammer 40K lost. While the sculpting style is different between them, they both draw from the weird mix of medieval, Asian, post apocalyptic and sci-fi sources that inspired Rogue Trader and all feel like they belong to a single world. 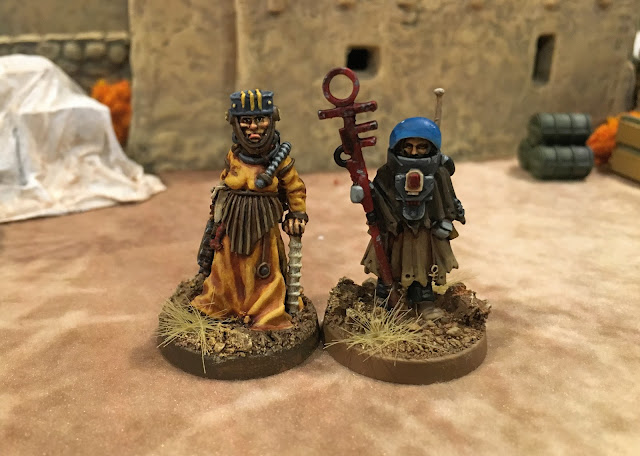 I love them all, as each figure is full of character, adorned with details that evoke a suggested history and universe and are a treat to paint. Both kickstarters have spawned "sequels" (from which additional members have been added to my lead pile) and I'm optimistic that future kickstarters will be just as good.