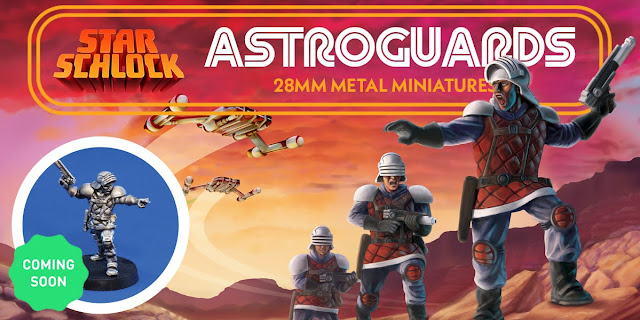 Hello loyal blog readers! I know I haven't been posting as frequently as in the past, but it's only because I've been so focused on Star Schlock, the tabletop sci-fi game I've been developing. I've been posting small updates to Facebook and Twitter, but I'm finally at the point when I'm making real progress I can share.

Ongoing playtests are revealing only small tweaks that need to be made at this point, and I've moved on to fleshing out the point systems and vehicle rules. The first Star Schlock release will be a Kickstarter for a small collection of miniatures. The initial minis will be the Astroguards, a set of valiant security forces that defend the Union of Sovereign Star Systems from the machinations of hostile alien warlords.

Along with the Astroguards I'll be making additional figures available as add-on stretch goals. I've been painting up a few of the 3D printed test figures I have on hand that I'm using for QA before sending to my caster for creating metal masters. 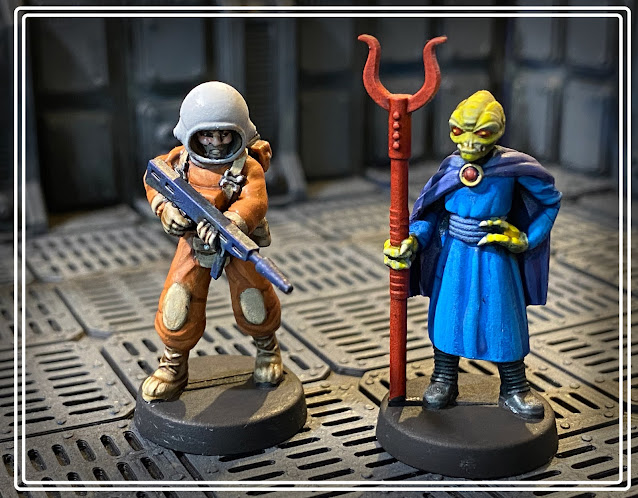 If you are interested in either the rules or figures I'd love to have you to join the email list at starschlock.com so I can give you a heads up on further progress, Kickstarter launch notifications and the opportunity to playtest the rules.