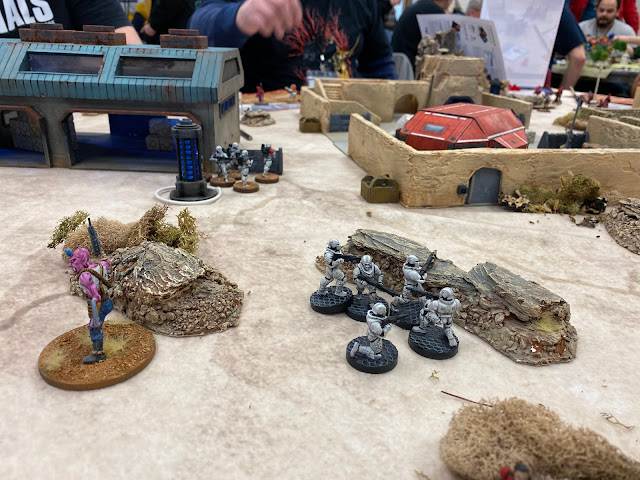 Another Scrum Con has wrapped, and I think we're getting the hang of this.

This was our game club's second convention. After our inaugural run we incorporated the feedback from attendees to 2019 and expanded to a larger venue for this year's con. It was again a mix of wargames and rpgs, highlighting classics from the last forty years as well as lesser played gems and home-brewed rules sets. We featured wargames centered on "genre" subjects (fantasy, sci-fi, horror, alternate history) but were happy to host some traditional historic wargames too. On the RPG side we were lucky to host games run by some of the designers who laid the foundations of the hobby: Zeb Cook, Bill Slaviscek and Ed Stark, along with a number of inventive and entertaining RPG game masters. 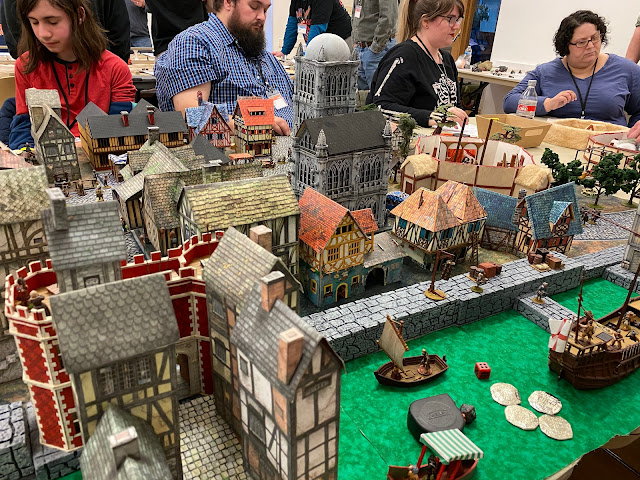 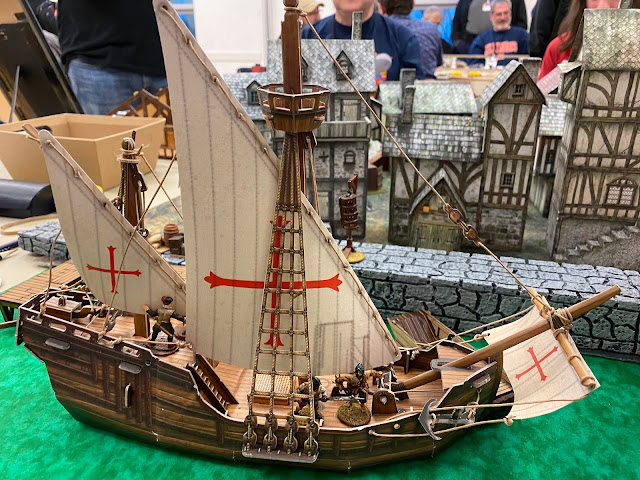 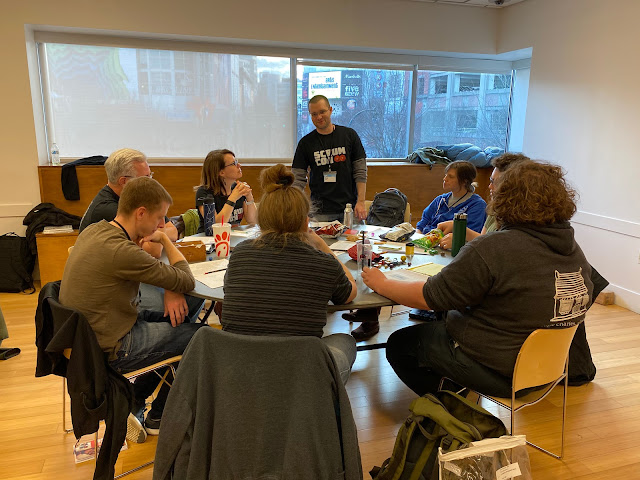 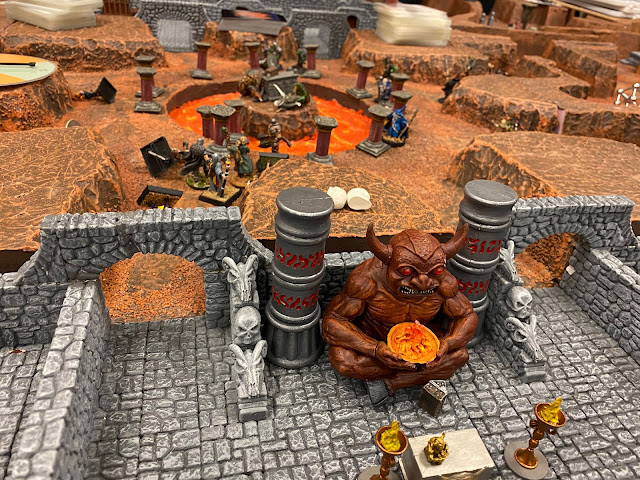 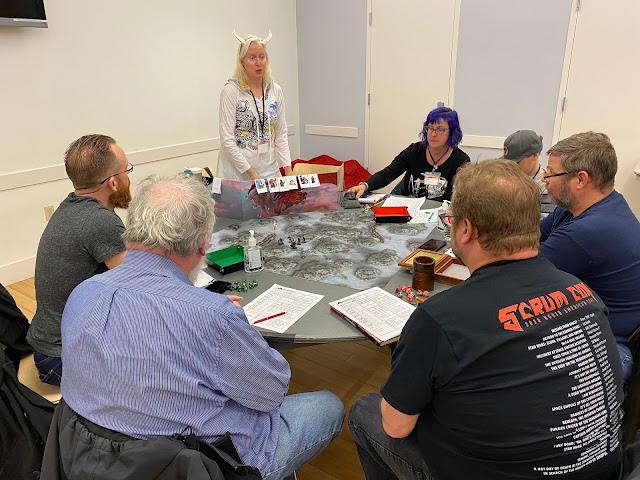 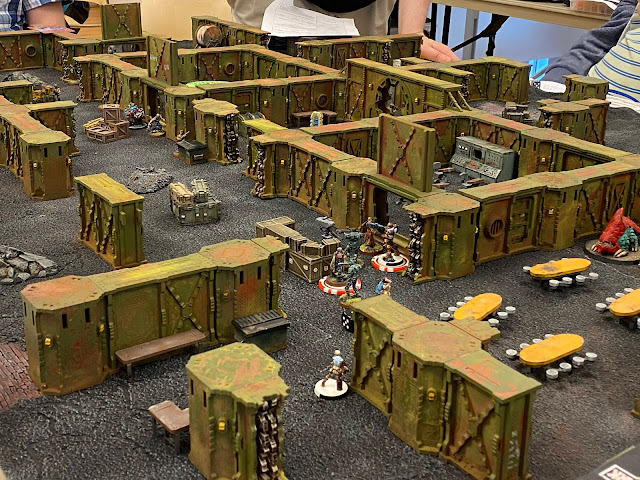 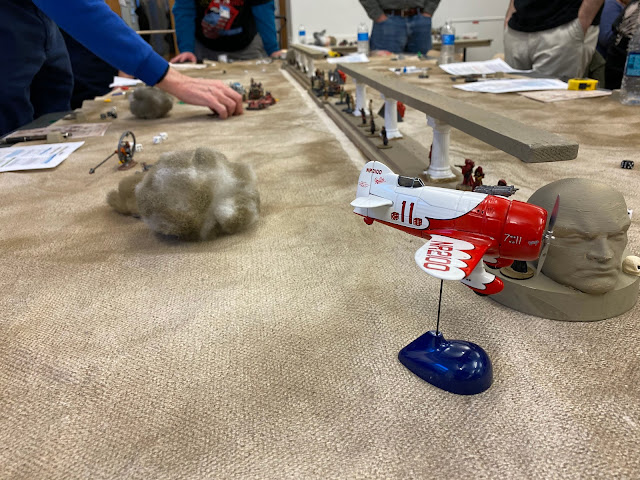 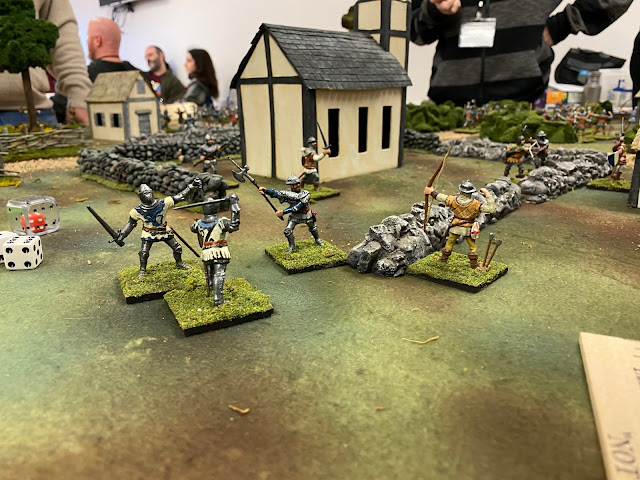 When I wasn't schlepping convention supplies, guarding the flea market or running other con errands I was GMing a session of my sci-fi wargame, Star Schlock. 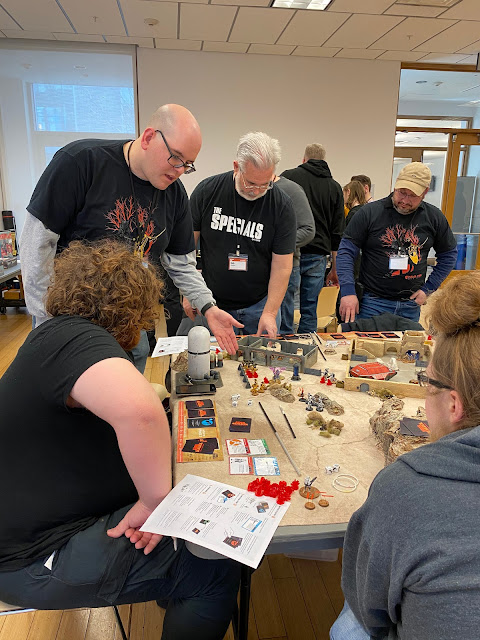 In this scenario two warring factions, the democracy loving Federation and the rapacious Totalitarian Dominion, have landed on a desert moon on the frontier of space. In their skirmishes they've awakened a third faction, ancient aliens who hate all other life in the universe. Rising from hibernation the aliens have resurrected dead men to do their bidding. The tide of undead horrors have swept across the moon and now the last remaining Federation and Dominion forces must battle for control of the only remaining shuttle craft to escape the encircling space zombie menace. 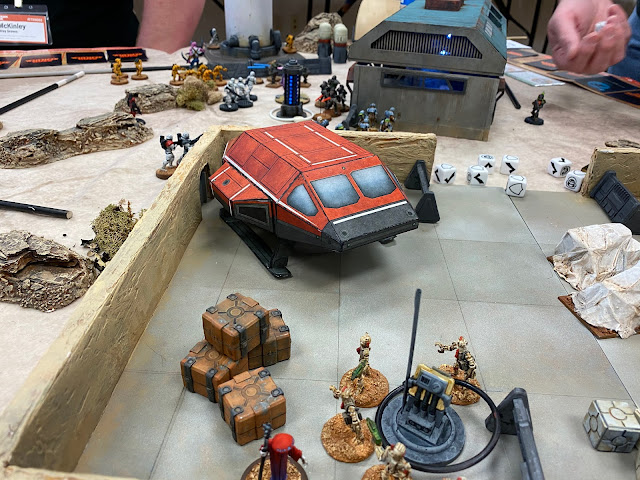 My six players divided up to take control of the three factions. Star Schlock can take a minute to get the hang of, but by round two my players were starting to grok the rules. 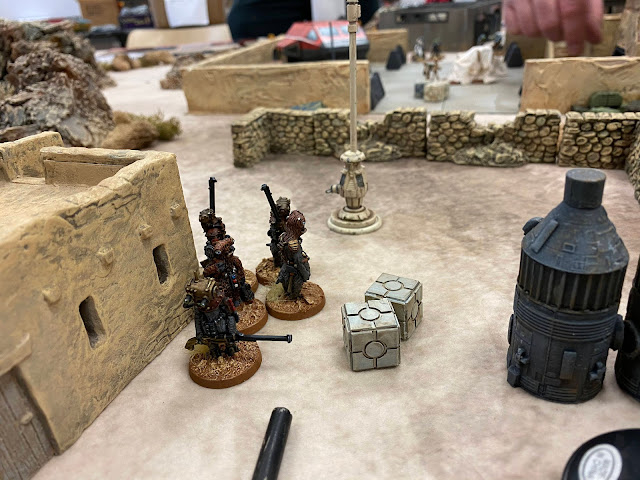 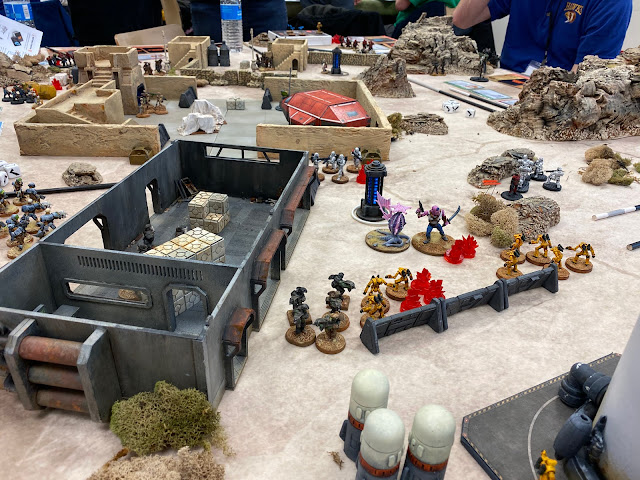 The Federation and Dominion took an early lead, but the undead horde is an unrelenting tide and slowly pushed the living off the key navigation beacon objectives they needed to win. 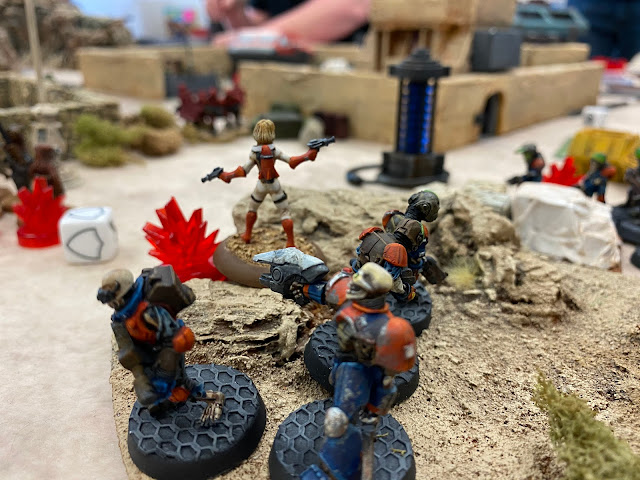 As we worked through the final round the Federation and Dominion had a chance to pull out a victory, but a uh... overlooked rule by the GM (oops) and a whiffed final roll left the moon in control of the aliens and their slavering space ghouls.

Despite a hiccup here and there my players were great sports, a blast to run the game for and gave me plenty of positive feedback after the game.

That seemed to be a theme of the convention as a whole. While there were a few bumps in the road for the convention, the feedback we've received from the post con survey seems to be extremely positive. Overall I think the con was a success and I'm looking forward to improving and hosting it again next year with the rest of the Scrum Club.

If you attended the convention, please check your email for the link to the survey (we take your feedback seriously!)  If you are in the DC metro area (or can get here) next February please make plans to attend Scrum Con 2021. We're growing, learning as we go, but are committed to making a gem of a local con.
Posted by John at 3:19 PM