24 Hours Left on my Kickstarter

I'm counting down the hours until the end of my first Kickstarter and it has been quite a ride. I was worried we wouldn't even make my initial $1000 funding goal and bothered even my non-gamer friends with pleas to just chip in a dollar on launch day. We're currently sitting at 1,600% funded, so I think my fears were unfounded.

The response has been so enthusiastic that I've managed to accelerate my plans for the line by years. Miniatures I had slated for Kickstarter 2 or 3 managed to get into this one. I'm totally psyched that we were able to bring so much of the Star Schlock Universe into reality so quickly. Check this out! 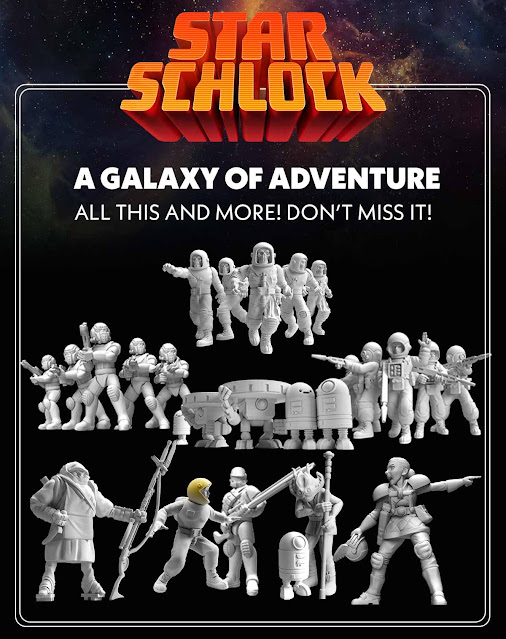 And that's only about half of the figures available in the campaign! We unlocked over 34 miniatures and there are still a few left we might be able to add with stretch goals. Here are a few of my favorites from the last few days of the Kickstarter.

I can't wait to get my hands on the 28mm "lead" figures later this summer. This project has been cooking for four years, and it's so gratifying to see it take its first steps into the world and be embraced so enthusiastically by other hobbyists.

The Star Schlock Astroguards Kickstarter runs until 9PM EST on Tuesday, May 18. Even if you aren't into sci-fi gaming, stop by and take a look at my baby!