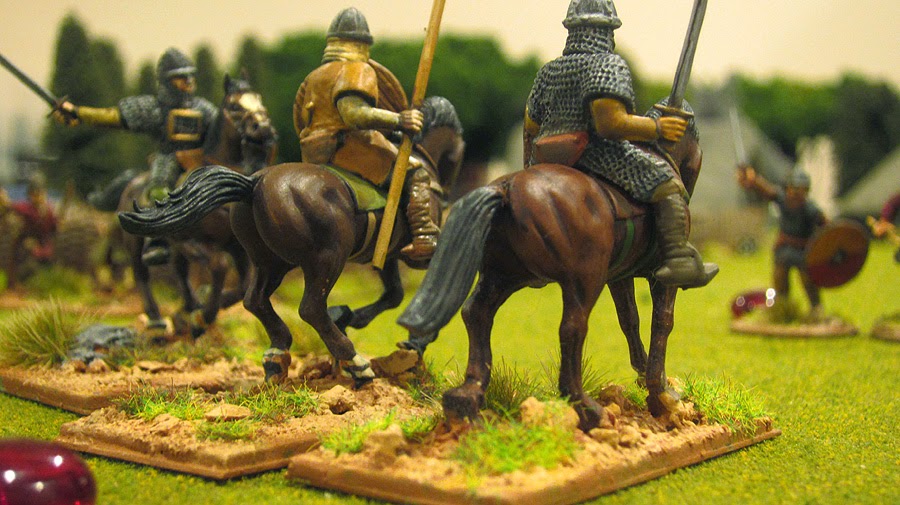 I finally got SAGA onto the table this weekend, after having only played a few games at HGMS conventions over the years. Our Vikings and Normans mix it up after the jump.


My wife an I played a brief game to get a handle on the rules, and then played a full game with four point warbands made of the dark age minis I've painted up. To keep things simple we played "Clash of Warlords." 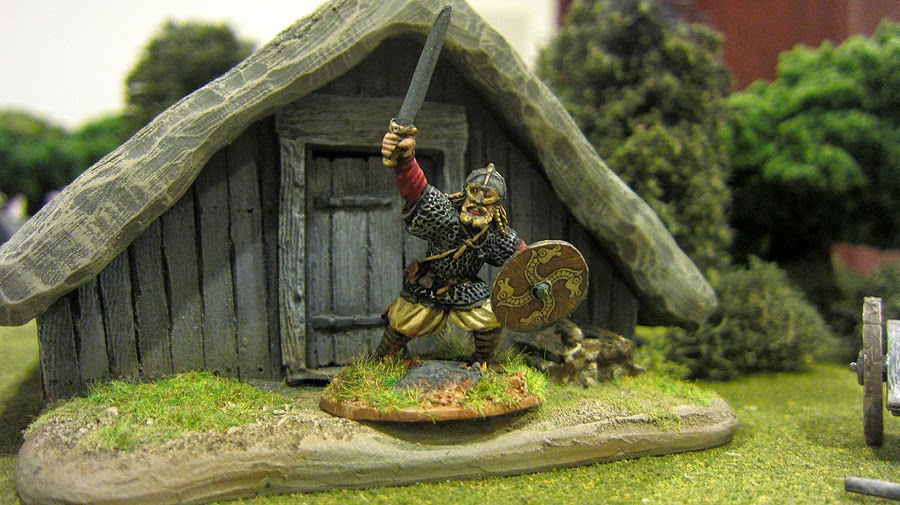 My wife's Viking warlord emerged from his village hall to the excited shouts of his hirdmen. Collecting them into a defensive shield wall around him, they readied their blades to meet the approaching Norman raiding party.

My Normans were levy heavy. To ensure some of their bows would come into play, two units were sent to the clear areas to the left and right of a wood near the center of my deployment. A fence line and crops on the Norman left looked like they might provide cover to blunt and funnel a Viking charge. 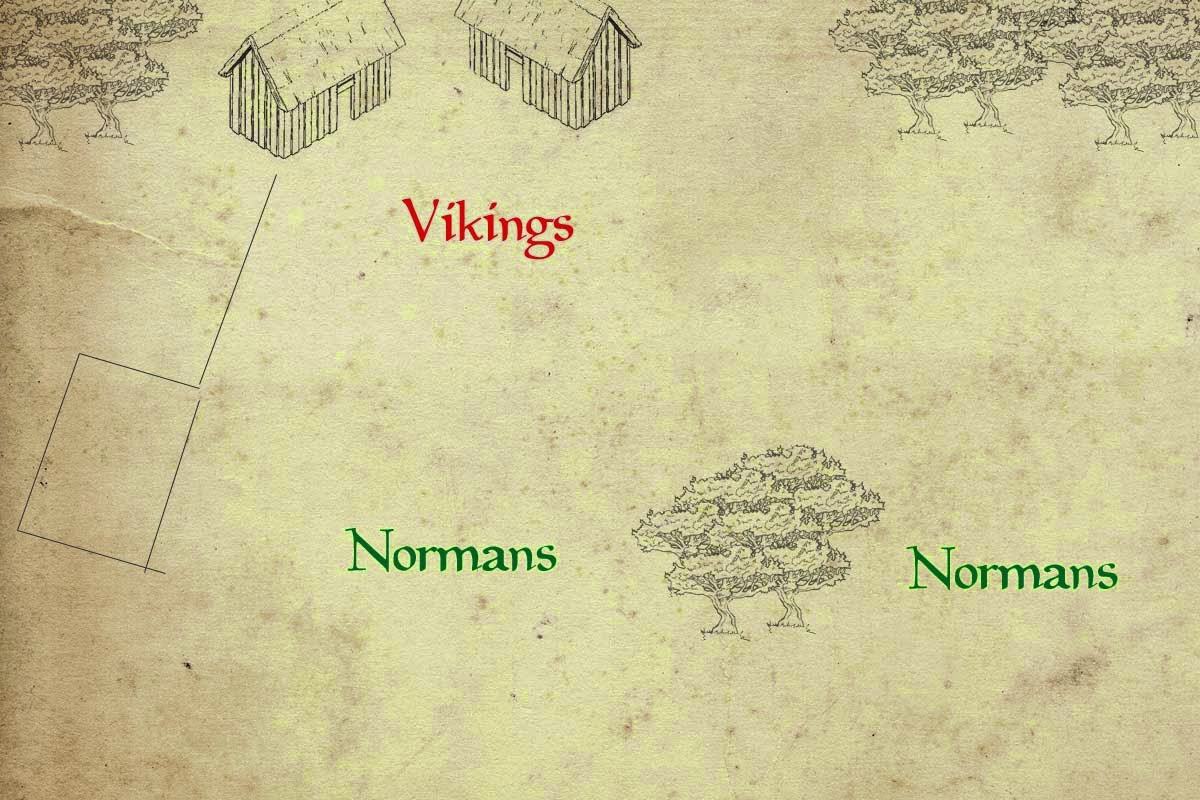 The vikings loped forward, the warlord sending his hirdmen and berserkers down the clear lane between the woods and field.


My archers loosed arrows but failed to halt their charge.

My norman cavalry charged the approaching hirdmen, but in the ensuing melees (prolonged with the viking's Thor ability to fight another round of melee), my cavalry suffered heavily.

When the dust cleared, the cavalry was destroyed, and the lone surviving hirdmen rested while his hairy brethren loped up beside him.


On my right, I attempted to send cavalry around the woods to catch the vikings from the rear. In a humiliating turn of events, their impact on the viking bondi faltered, and they were cut down, the single mounted survivor pulling back to lick his wounds.


The vikings continued to press forward, the berserkers charging into battle and slaughtering the levy screening the Norman warlord who had pulled back to rest, having fatigued himself earlier in the battle. 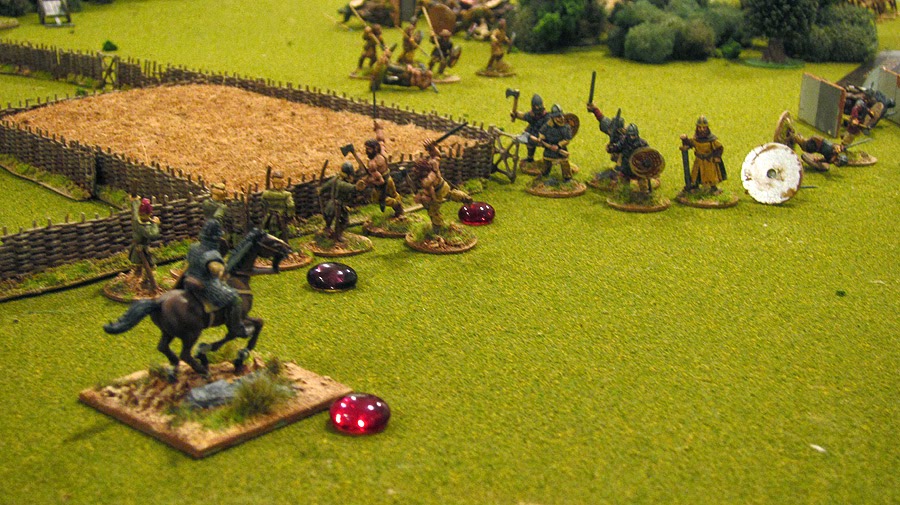 With the viking warlord finally in charge range, the normans losing badly, and entering turn 6, I hurled the last of my warriors into a futile charge, which ended tragically as expected.

Wow, the rumors are true, this is a fun game. We're still learning, but my wife has a much better handle on the viking battle board than I have of the normans. My warband is pretty lopsided (rolling only four Saga dice each turn hurts), and I'm learning how to get my archers into position, but I clearly got stomped here. Still really enjoyed it, looking forward to playing again, and looking for some norman warriors to add to my norman warband.

This game is pretty rough on the ego though. She named my Norman warlord "Mr. Pusskins

" for his frequent tactical withdrawals. Clearly we'll need a rematch to recover our Norman honor.