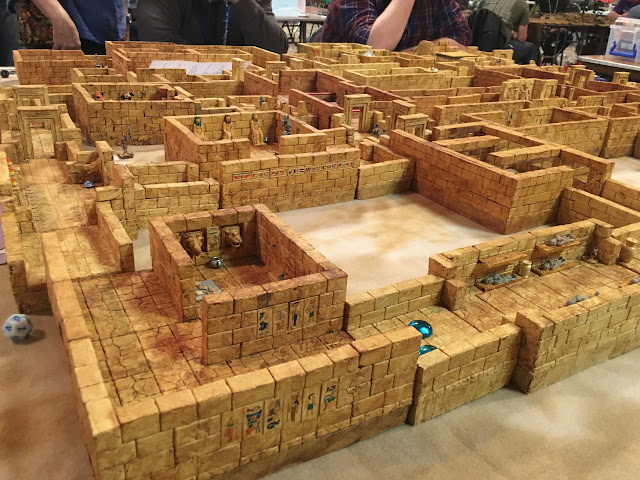 Didn't make it to Cold Wars this year? I did and snapped a few pics while I was there. Check them out after the jump.


"Have Fun Storming the Castle!"

My son and I took part in a medieval siege run by the fellas from W.A.M.P.  We had a great time, and despite being the only child in the "kid-friendly" game, the GMs and players all made my son feel more than welcome. 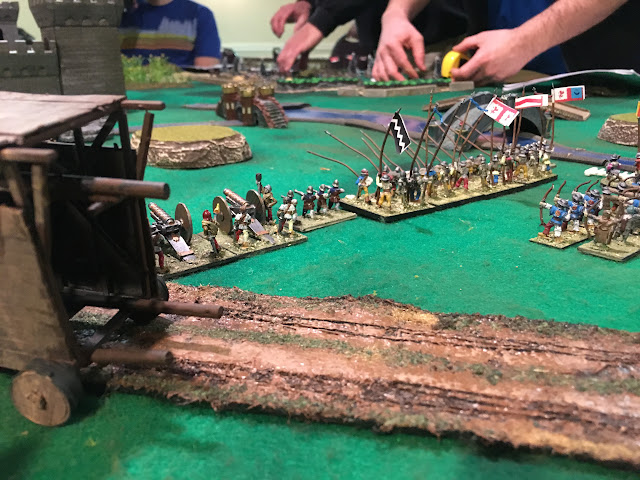 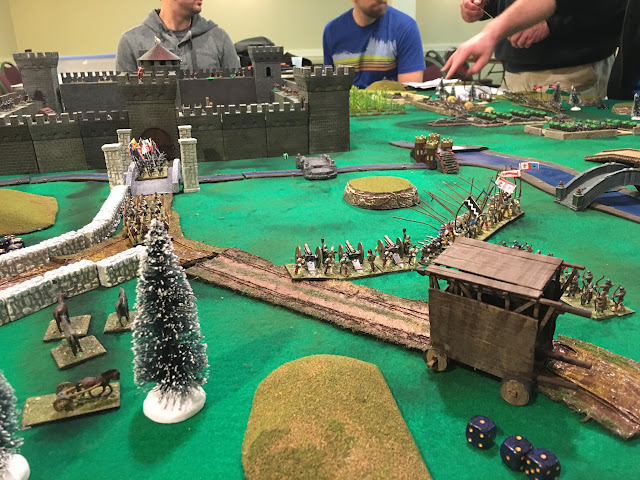 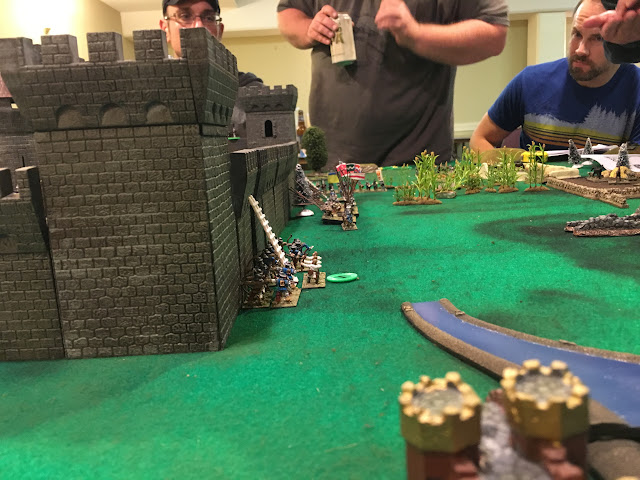 I think it was actually Empire of the Dead. Loved the fog in the center of the board and the light ip crystal structures! 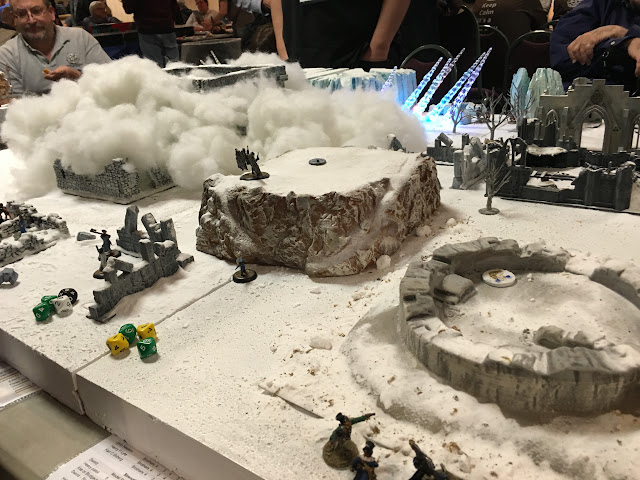 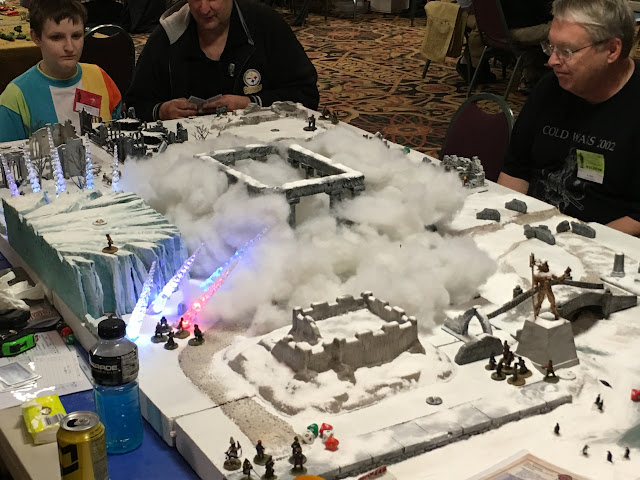 A six foot long cargo ship taken over by pirates and under assault by military forces. Impressive! 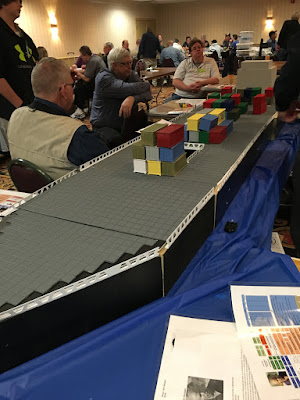 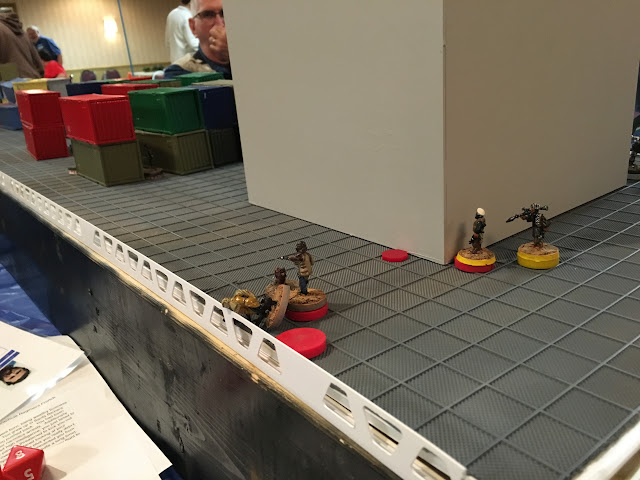 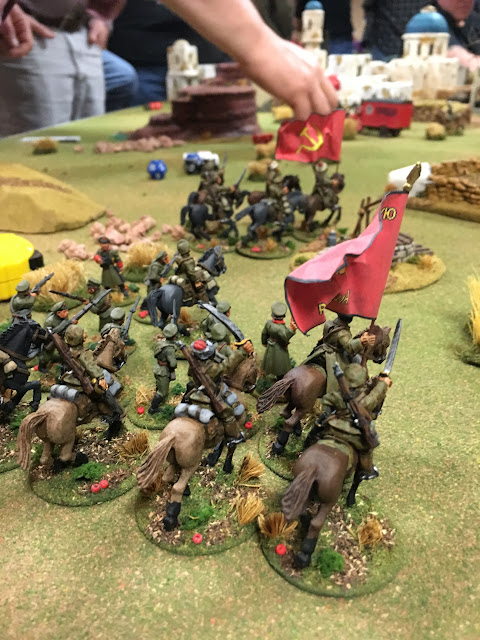 Impressive ancients game. Caesar vs. Gaul. Huge board with tons of miniatures. I managed to catch it as the GM was setting up. 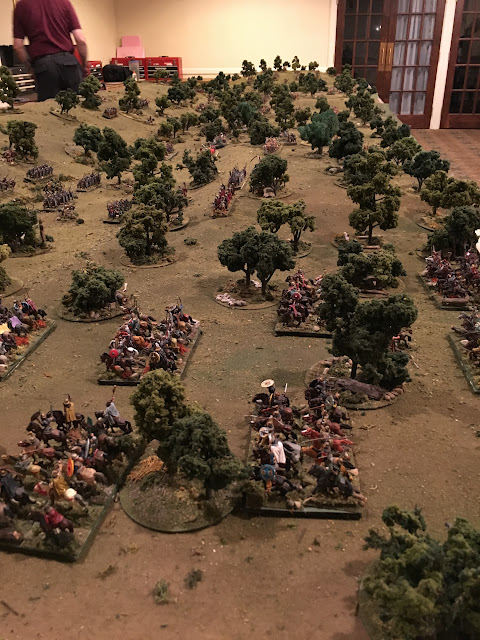 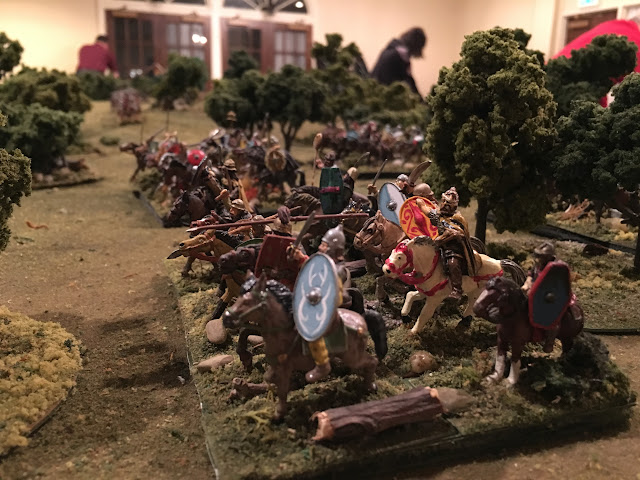 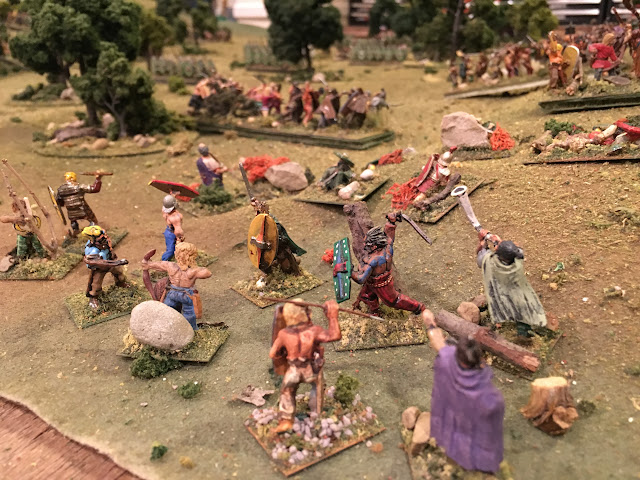 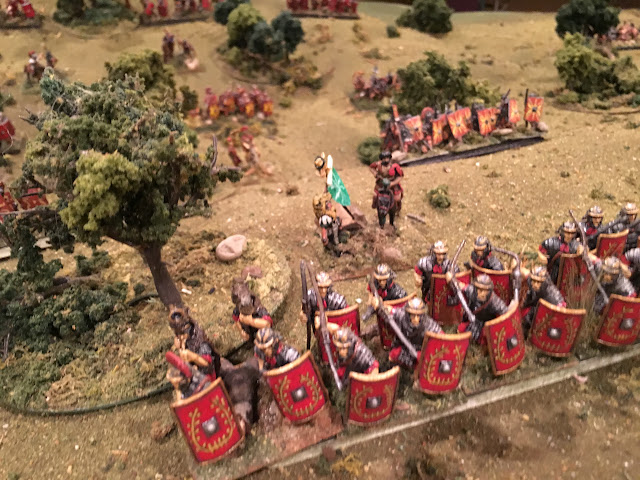 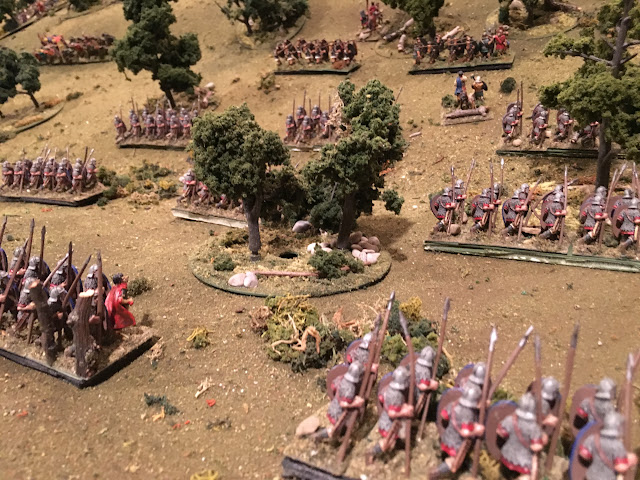 French and Indian War
My son and I also tried out a game being demoed in the dealer hall. We took the part of colonial settlers and militia attacking a Native American indian town. 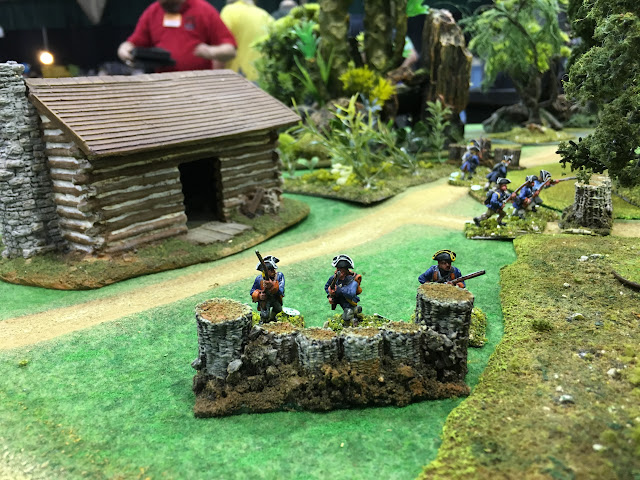 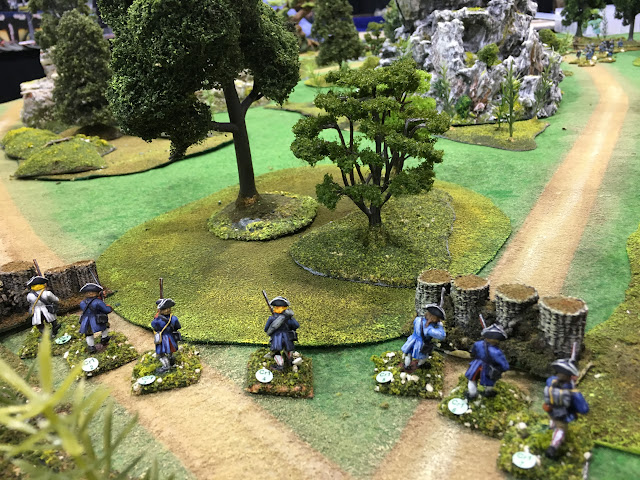 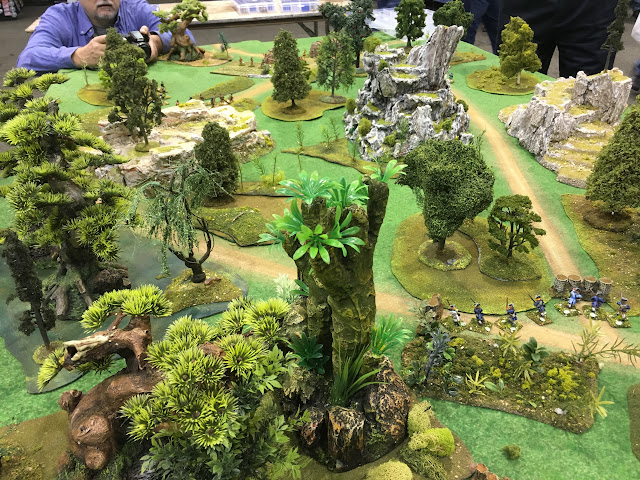 I joined massive, freewheeling game of "Young Frankenstein and the Prelude to WW1" (or something). It was great. My vampires were nearly gunned down by shotgun wielding nuns before hightailing it to raid a blood bank, where they were nearly burned 'alive' after an angry mob locked them inside and torched the place.

Rocket men were saving damsels from castles, werewolves were ripping apart villagers, monks and Lutherans were battling in the street, MASS HYSTERIA! And it was great! 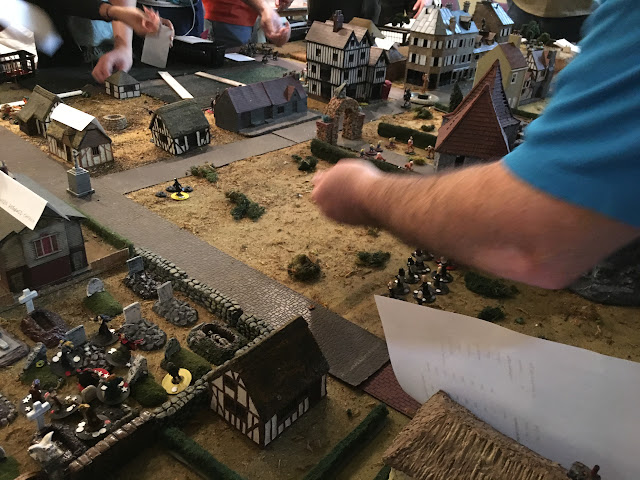 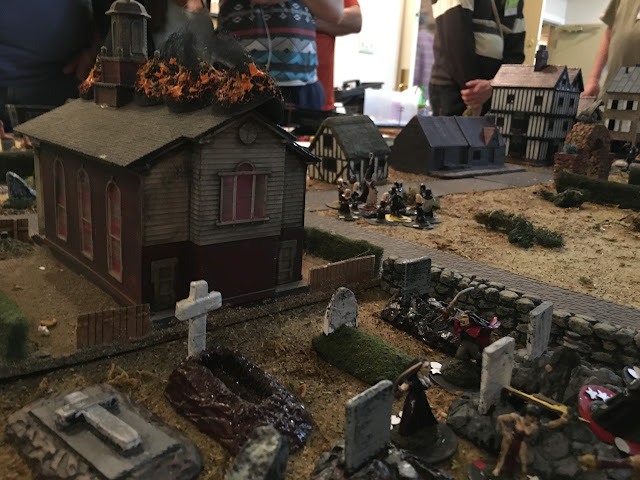 Overall a good time, but man... the Host is really showing it's age, and I had to scramble as 50% of the games I wanted to join were canceled. Looking forward to future shows, but really hoping some of the issues from this one are rectified soon!