Battletech Campaign #2: "There will be consequences." 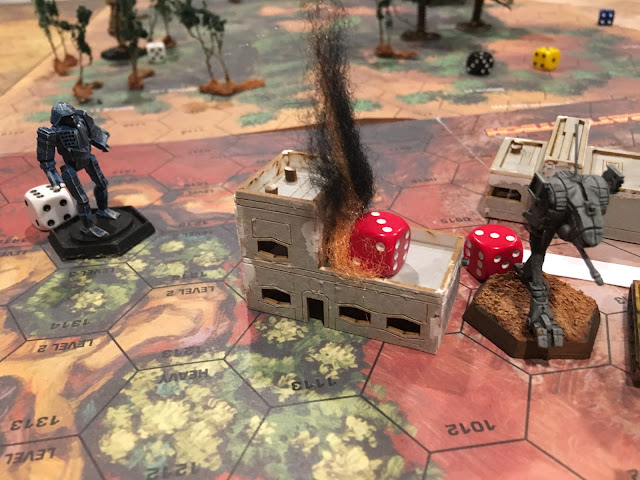 My son agonized over which of the two possible missions to take for our second Battletech campaign mission. He was tempted by the opportunity to knock out a lone elite pirate mech before it rejoined its comrades, but opted to defend the nearby logging outpost against a pirate counterattack. 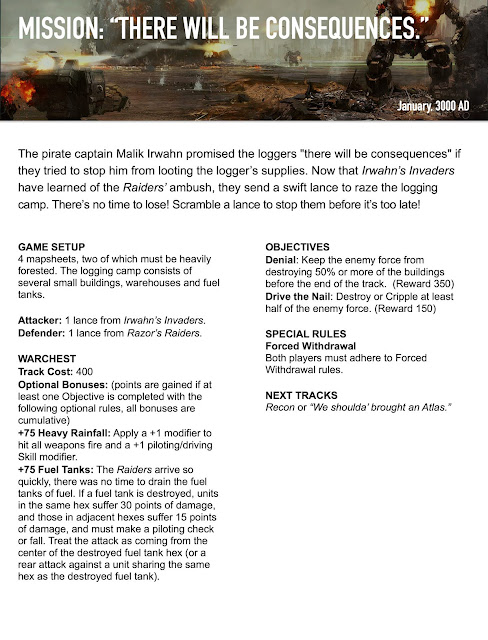 With his mercenary company Fire lance being repaired, and an understrength Security lance guarding their dropship, the Raiders opted to send their main Battle lance to blunt the pirate counterattack. Commander Razor would lead the mechwarriors himself, astride his recently acquired Kurita surplus Dragon.

The logging camp was nestled behind some hills surrounded by woods. The pirates would have to either shoot the gap between the woods or slowly trudge through the rough terrain to reach the town. With 10 buildings in the logging camp, their goal was to destroy 6.


Because of the haste with which the mercenaries erected their defense of the town, the three fuel tanks to the north were still full of volatile petrol. Destroying one would result in a chain of explosions that would destroy all three, fully half of the six buildings needed to win the battle.

Holy smokes! That was the closest game of Battletech I've ever played! It was literally down to a single die roll! I'm totally sold on the campaign system and objective-based missions which totally change the flavor of Battletech for me.

My son earned 575 warchest points, and after paying this mission's fee he's left with a total of 1170. He'll need to use a portion of that to repair and rearm any mechs, but his mercenaries are ready to push on to the final track of this contract: an assault on the pirate outpost. 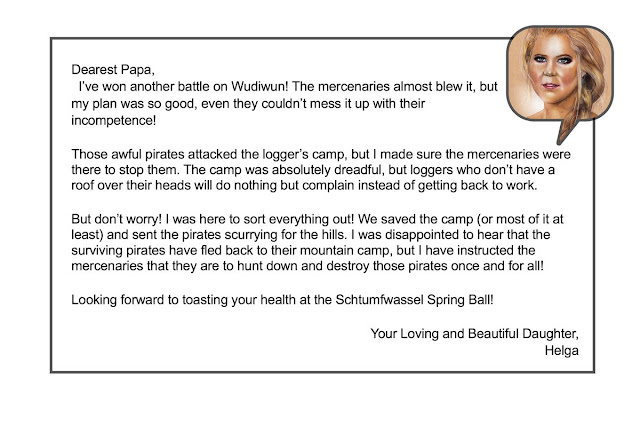 He really hates her.