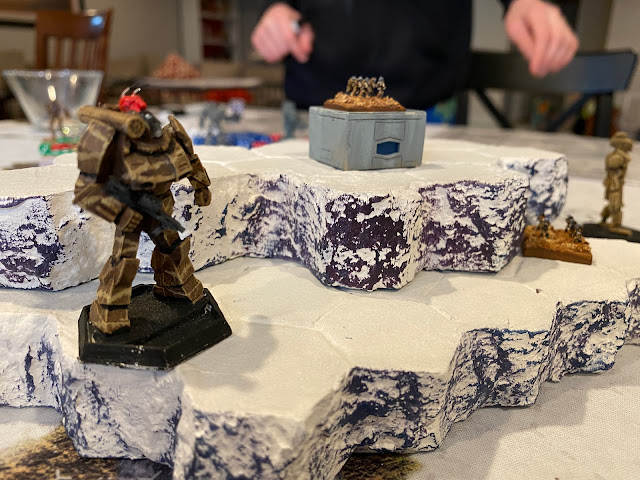 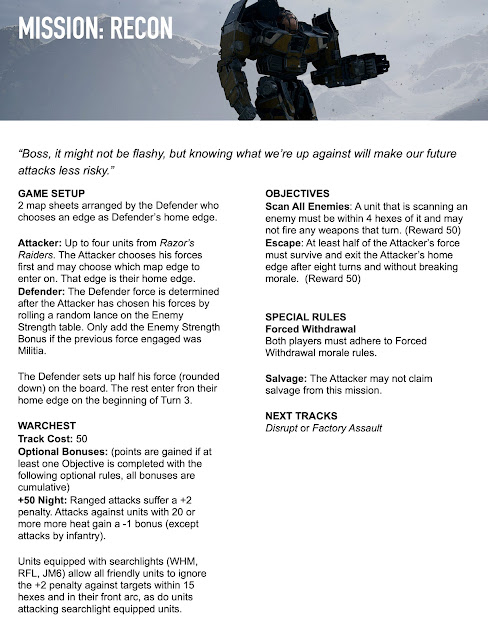 Rolling up my random force my son's mercenaries lucked out: just six vehicles and two Locust light mechs would oppose them. We decided the opfor was a convoy heading to reinforce the border posts the mercs had been hitting. 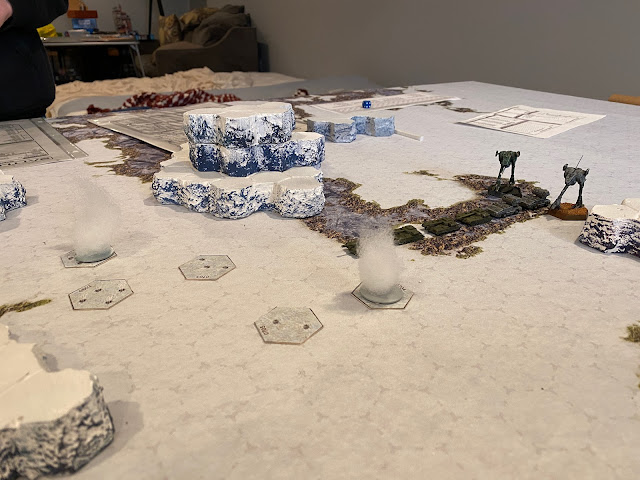 The convoy was crossing a geyser field. During the end phase of each round we rolled for the random eruption of hot spring geysers which acted as a hex of light woods and would add 5 heat to any mech standing in them. 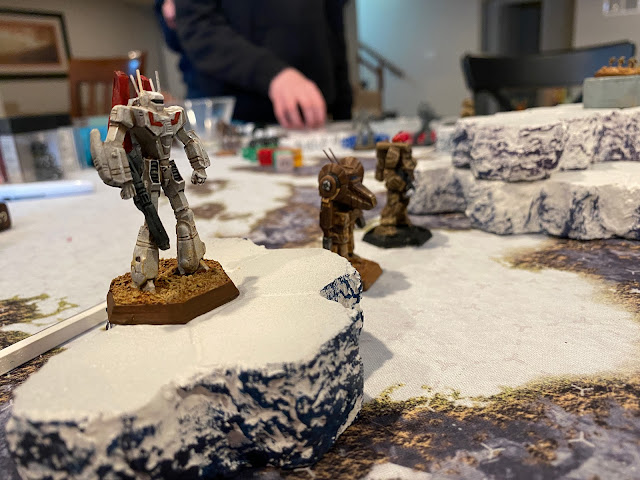 The mercenary recon force was made up of the only viable mechs that had survived the past few battles: a Phoenix Hawk, Dragon, Griffin and Centurion. 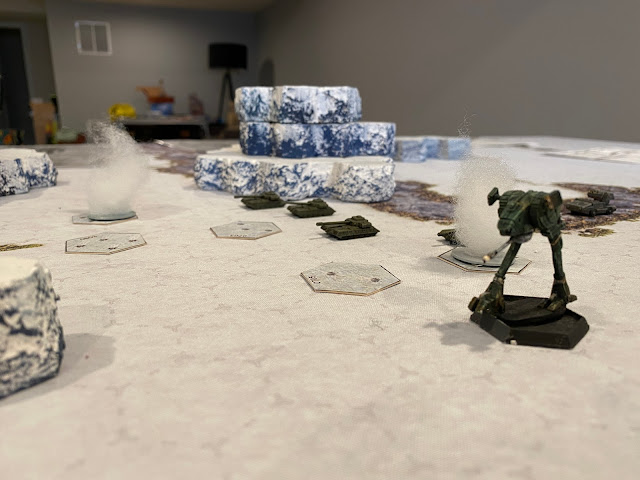 The battle opened with the Locust pilots hitting full throttle on their light mechs. Their only hope was to rely on speed to avoid enemy fire and make some sweeps behind the mercenaries for those sweet rear arc shots. 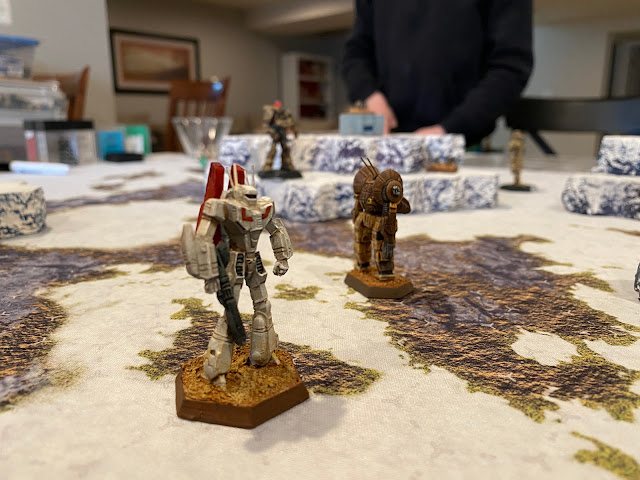 The mercs cautiously advanced. With several mechs missing armor, they relied on long range attacks to soften up their opponents. 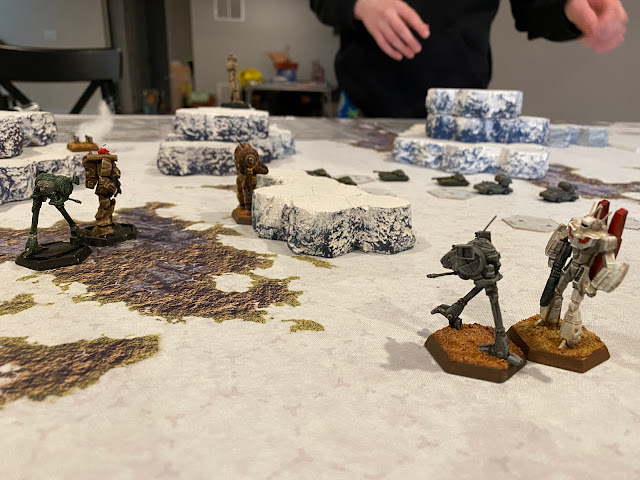 The Locusts swung into range and began peppering the rear armor of the mercs with medium lasers, machine guns and SRMs, but the mercenaries focused on the mission at hand - scanning four of the enemy units and preventing the vehicles from reaching the far table edge. 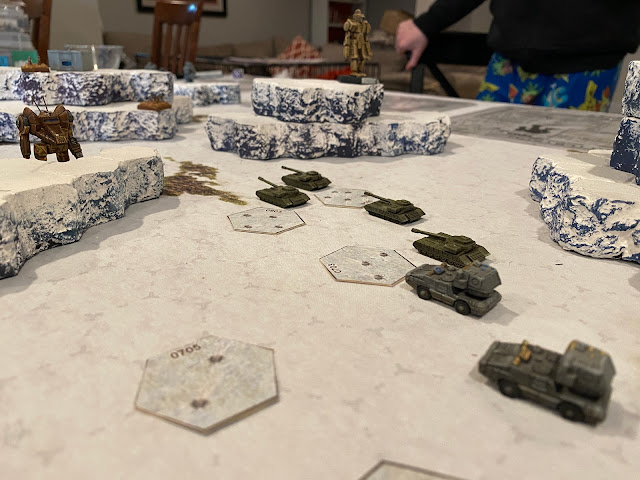 Pulling into range, the light Scorpion and Striker tanks blasted at the Dragon taking cover behind a low rise. 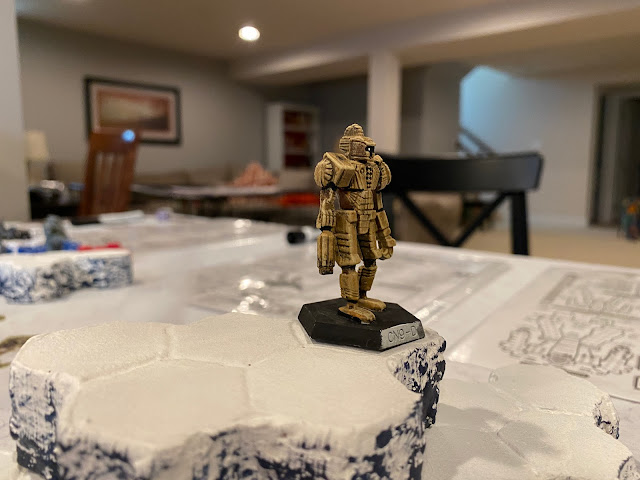 Cresting a rise, my son's favorite mech - the Centurion - rained death down upon the tanks making for the gap between the hills. 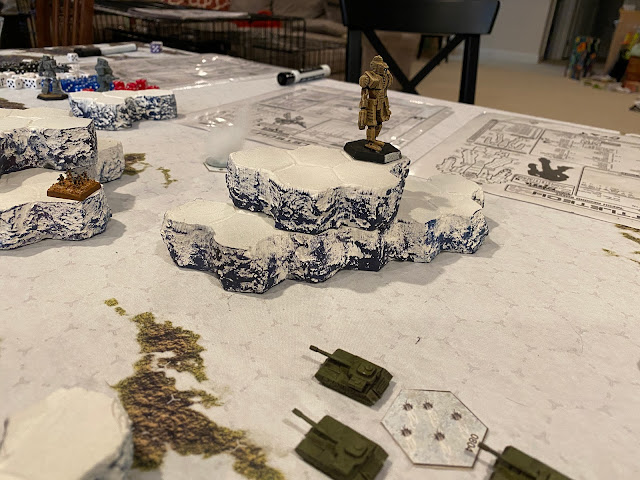 While tanks began to burn, the Locusts continued harrying the mercenaries, hoping for a lucky head shot or back attack to blunt their firepower. 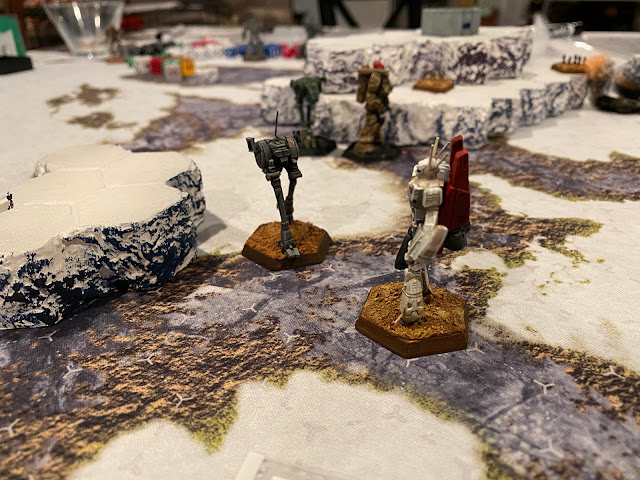 Seeing an opportunity to fire on the weak rear areas of the tanks, the Dragon and Centurion swung around to launch devastating attacks on the vehicles. Both tanks were soon burning. 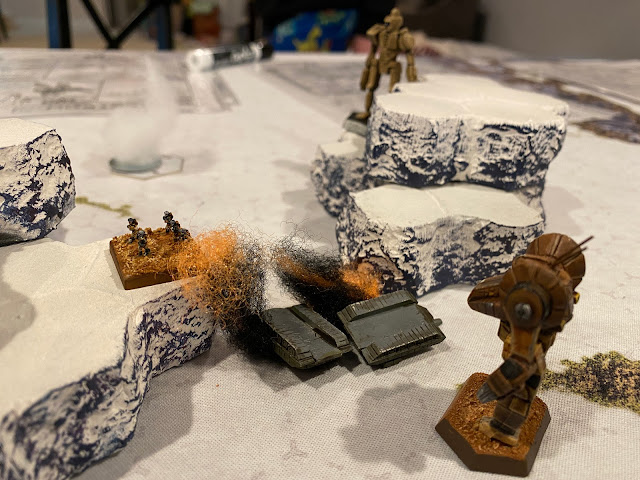 Seeing they were outmatched, the remaining vehicles gunned it for the safety of the table edge. 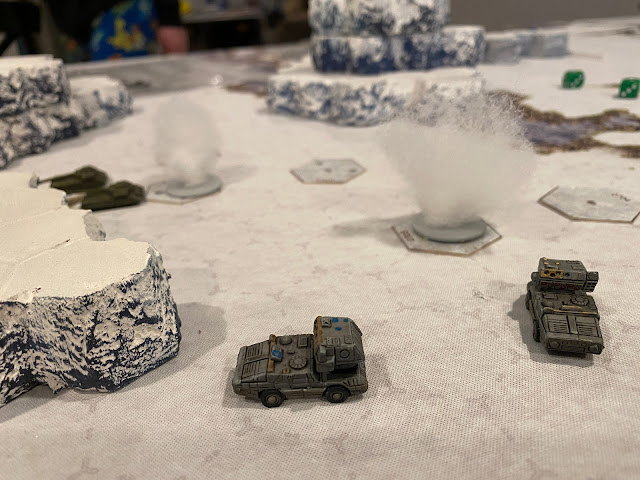 The Locusts closed in to provide close support on the fleeing Strikers. 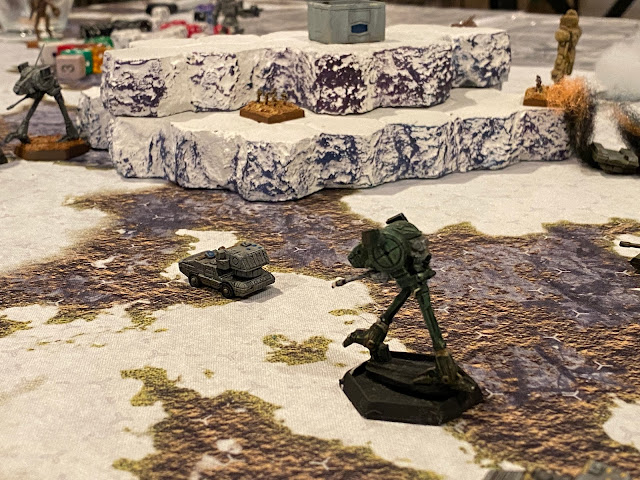 Straying too close, one of the Lyran Locusts was felled by a kick delivered by the mercenary Griffin. Oh the ignominy! 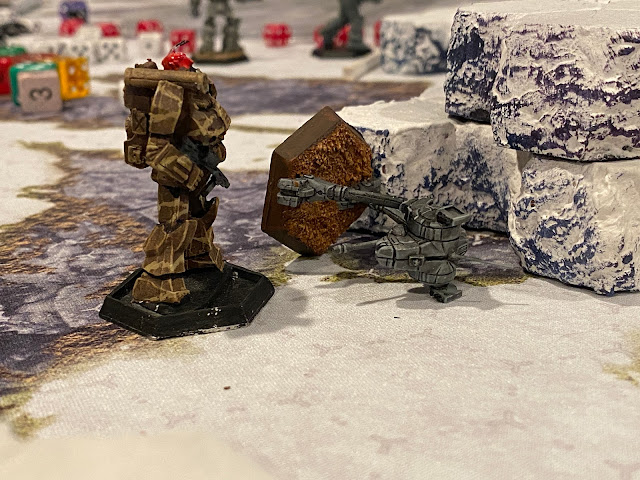 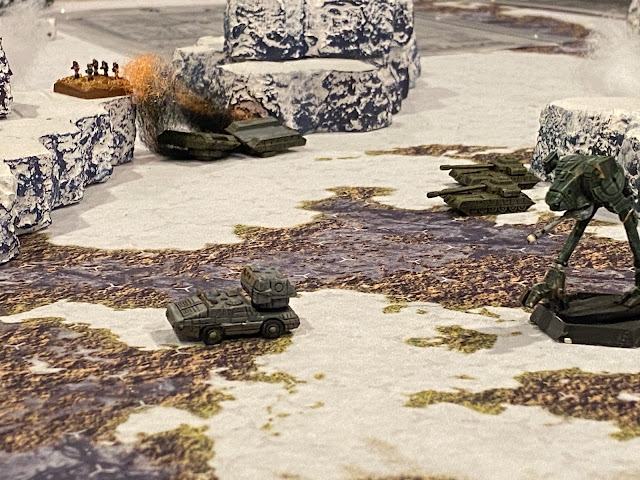 Falling back the Griffin and Phoenix Hawk were able to knock out two more tanks. With the bulk of the vehicles burning the remaining Locust fled the field. 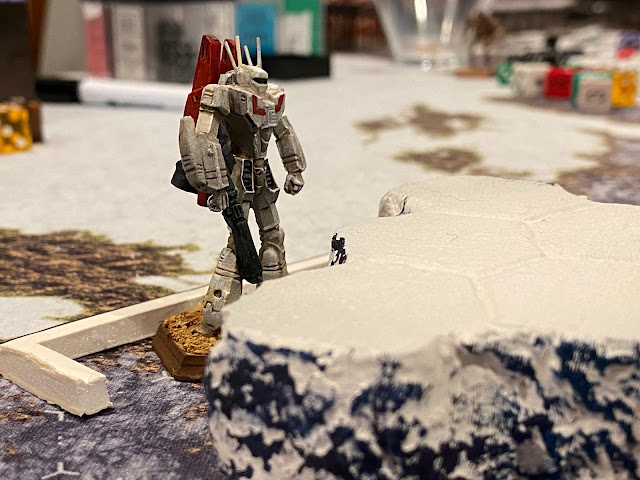 Victory for the mercs! This was a fairly lopsided battle, but in this campaign the battles are less important than the war. Unable to repair, each AC 5 or machine gun hit I delivered with my outgunned forces was a severe wound to the mercenaries. My son has keyed on to that, and used his forces cautiously. The Phoenix Hawk fell back nursing an unarmored leg when I'd expect it to keep fighting in most other games of Battletech I've played. Campaigning definitely adds to the overall experience.

With his recon mission settled my son was able to scout the enemy forces surrounding the supply depot he'd be raiding next: two vehicles, three light mechs and a medium. Normally a pushover for the medium and heavy mechs he'll be fielding, but low on armor and ammo it's going to be a near run thing. Vital to his ability to keep his forces in the field, the next battle will be a "do or die" moment for Razor's Raiders.