I had an epiphany a few years ago. For all the time we spend painting, detailing and basing our miniatures, most of a wargame's playing surface is covered by terrain rather than figures.  I think it's a shame to see beautiful figures battling it out on top of some ratty green felt and half a dozen crummy model railroad trees.

I really get jazzed about beautiful set ups - wargames that look like dioramas with terrain that matches the figures in aesthetics. My first order of business when I got back into wargaming was to upgrade my terrain. I found out that I may have had some figure painting skills built up over decades, but when it came to terrain I was clumsy novice.

Here's what I started with. I have several dozen Woodland Scenics trees based on washers.  Pretty weak sauce. 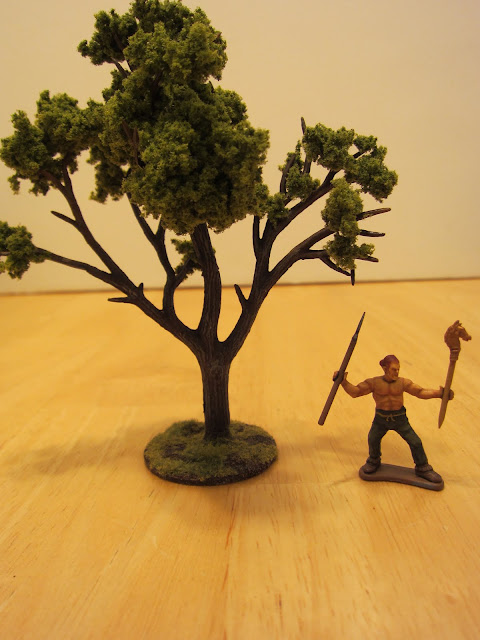 My first stab at improving the look of my woods was to add some additional foliage to the base. 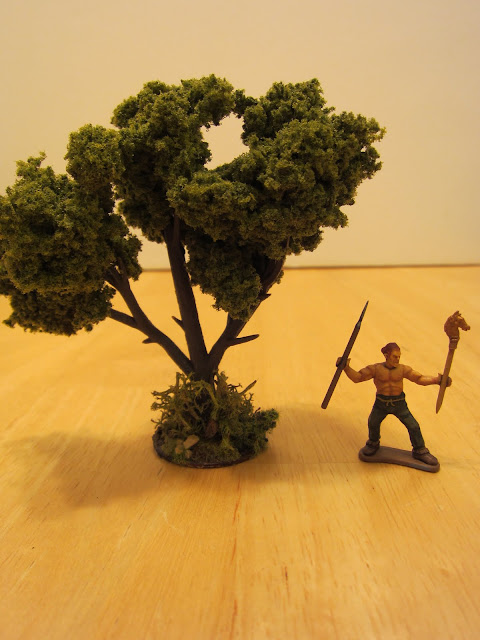 That's a mix of lichen, clump foliage and flock. The effect was better, but I felt the lone tree was still lacking. What I needed was a base of several trees and foliage to add additional visual "weight" to the woods. I made some test pieces, trying out different combinations of plaster bases, base colors, flocking, commercial and natural stick tree armatures. The results weren't too impressive, but I was learning a lot. 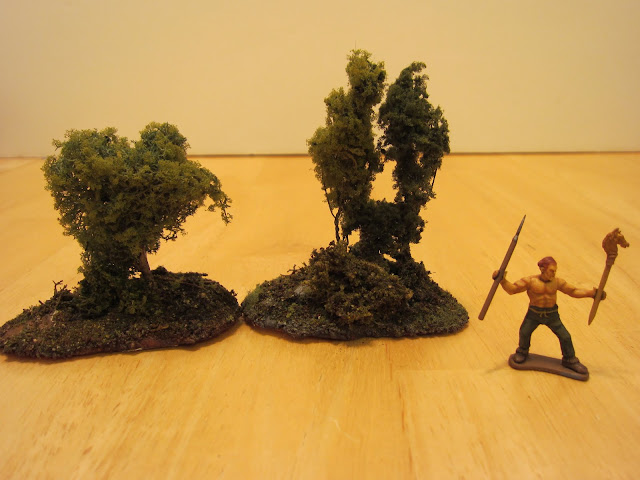 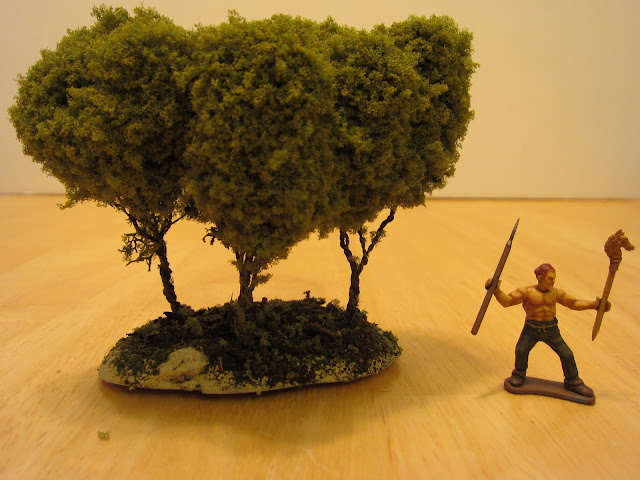 I studied a lot of my favorite layouts like those featured on Joe Dever's site , some of the really great demonstration games at the various wargame shows as well as tables featured in Wargames Illustrated. I finally struck on a combination of natural wood armatures, plaster basing and flock that I was happy with. 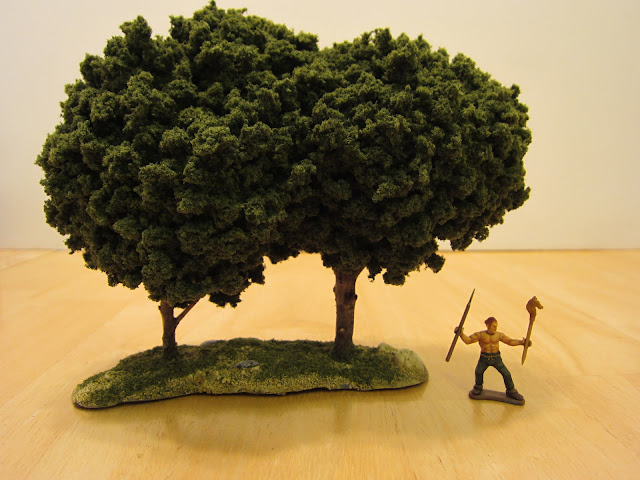 I finally settled on tree bases that provide large, heavy trees, but dispensed with the "wall of foliage" I had experimented with to avoid making every tree look like an overgrown bush. Comparing this new solution to my previous trees, I was pretty happy with how much space the new pieces took up. Those are some meaty trees.! 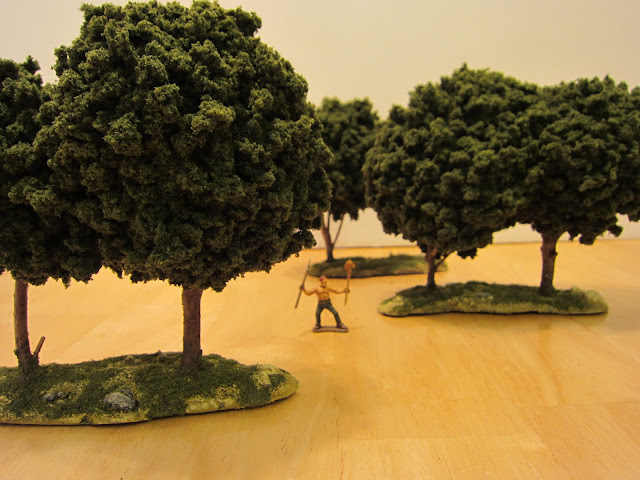 UPDATE: I've posted a brief tutorial on bulking up trees that uses a technique very similar to the one I employed to make these improved trees.