The Last Hurrah of my 20mm World War II miniatures


I started my wargaming career with two sets of opposing forces: Revell

World War II Germans and Americans. I had stumbled across wargaming after trying to find out more information regarding HBO's "Band of Brothers" while it was on the air. In the image search of my Google results I saw a number of World War II miniatures staged on some intricate European terrain. I was familiar with  the fantasy side of gaming, but this was my first exposure to historicals.  That single image lead me down the rabbit hole to Crossfire, TMP and the whole world of WWII wargaming, but with a limited budget at the time, I jumped into the hobby with the cheapest option available: 1/72nd scale plastics.

I slowly put together the antagonists, fumbling my way through uniform research, painting German oak leaf camouflage, basing, and trying to figure out what the heck a "Stug" was ("they made tanks without turrets???"). My gaming group played quite a few Crossfire games and I had grand plans to expand into the Battle of the Bulge, the Eastern Front, and Italy, but I became distracted by ancients and over time my additions to my WWII collection slowed.  We still broke Crossfire out occasionally, but the lack of tanks and the focus on platoons didn't quite scratch my WWII itch.

With my latest surge in interest in WWII gaming, my long time game partner Mike taking his first steps into painting up and army, and our decision to drop to 15mm in order to get more vehicles on the table, it looks like my 20mm collection may be shelved for some time. As a send off we got them on the table for at least one more game, but this time trying out the Blitzkrieg Commander demo rules just to see how they compared to the other rules we've been looking at. Pics after the jump. 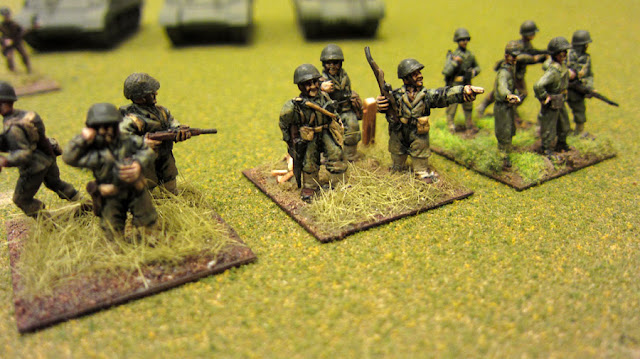 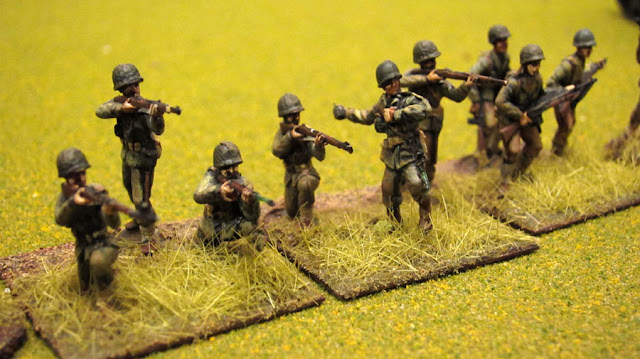 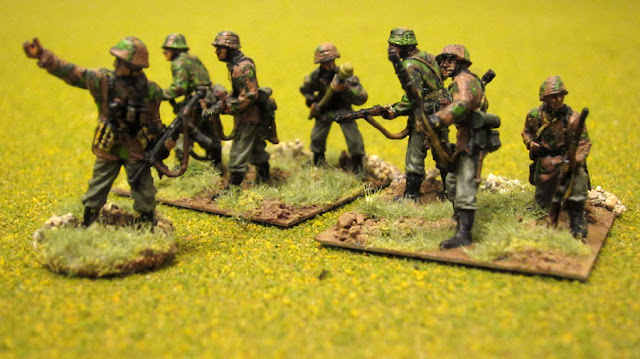 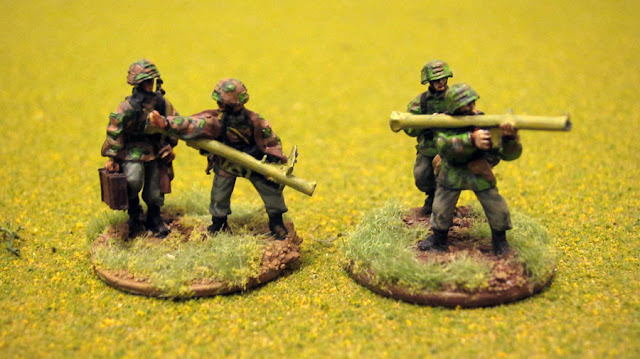 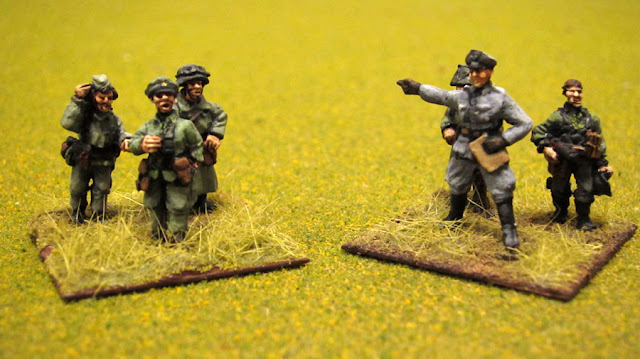 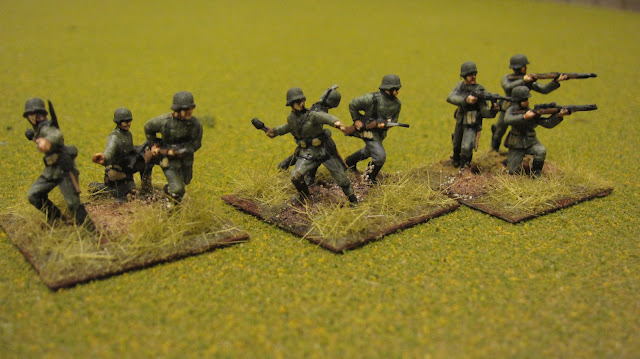 
We gave the demo rules of Blitzkrieg Commander a whirl, but pretty quickly found that we were grossly misreading the rules or they were lacking some essential elements. As far as we could tell, there was no opportunity fire for units to interrupt attackers advancing on their position, a key part of Crossfire and something we felt was important to a WWII game. Checking the BKC forum after the game I get the sense the full edition contains such rules, but for whatever reason they were not present in the demo, or we simply failed to comprehend them. Suffice it to say, they weren't our cup of tea.
Posted by John at 11:08 AM