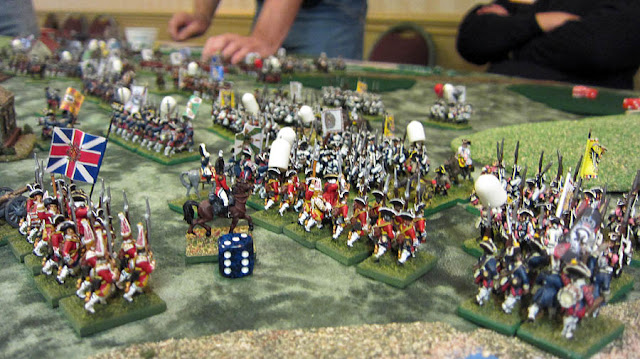 We made it to the 2012 Fall In convention in Lancaster PA and I've been trying to play and see as many games as possible.  Pics and a report after the jump. 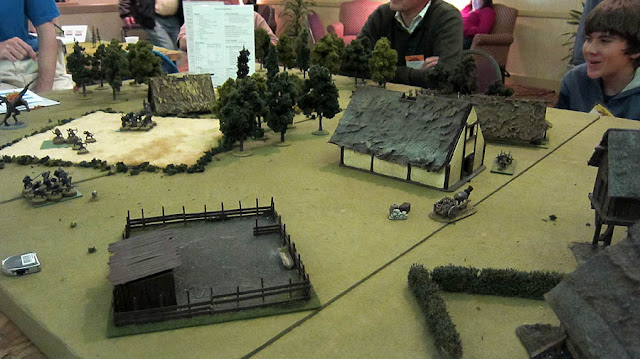 We arrived in the early afternoon, but too late to join the Battle of Lundy's Lane I was hoping to play, but we did make it into a short Lord of the Rings game. My friend Mike and I took control of the forces of Shadow along with a fellow gamer Andy. Sauron (in the form of the Necromancer) arrived at a village with Nazgul, orcs, goblins and a balrog in tow, facing off against a contingent of elves and dwarves who were defending a pair of crucial houses within the town. 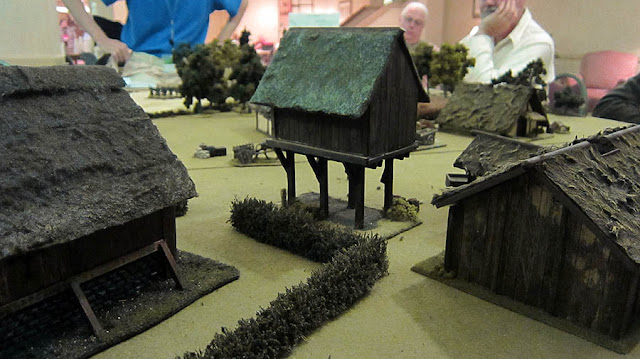 The battle began with the dwarves manning a catpult and sending their infantry to the Shadow's right flank. The Necromancer and orcs ran forward to meet them while the balrog raced to the first target building.
After burning the building down the forces of darkness arrayed themselves into a battle formation to take on the dwarves. 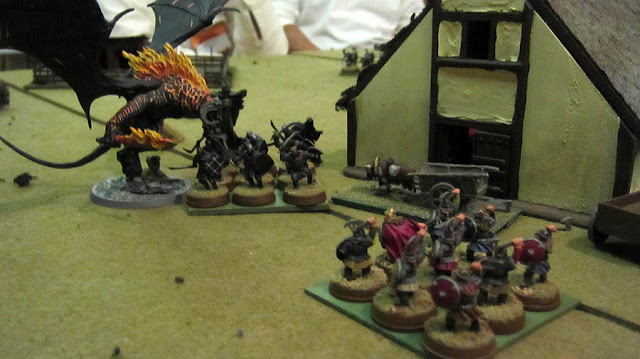 On the left flank, the goblins and elves skirmished, buying time for a Nazgul to begin torching the second objective.

After dispatching the dwarven infantry, the balrog and friends fell under fire from the dwarven catapult but too late to stop the Nazgul from destroying the second building and giving victory to Sauron. 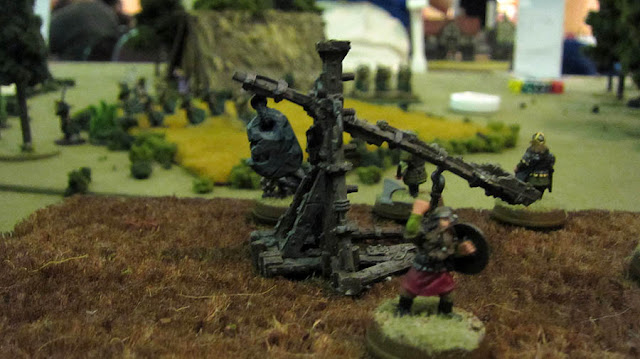 This was my first exposure to Total Battle System, but author and game master Ben Fornshell did an exemplary job of handling the intircacies of the rules so we could concentrate on movement and attacking.  From what we saw Total Battle System seemed to be fairly easy system to pick up and flexible enough to adapt to other periods (I know they ran multiple games for Napoleonics and in multiple scales). The dark ages terrain was gorgeous, and convinced me to pick up a few too many bits for SAGA than I had intended!

After dinner we joined a game of Check Your Six run by Peter English. I had heard great things about CY6! and was eager to give the game a try, but I wasn't quite prepared for the intricacies I got myself into. Each plane tracks speed and altitude and plots one of 9 or 12 maneuvers available per speed band, with multiple rolls for attacking and hitting and a number of charts to determine critical damage. It felt a lot like classic battletech, and while my pal Mike appreciated the physics simulation I think I may need to give CY6! a pass. That isn't to say I didn't have a good time playing. The guys we joined were a great bunch, eager to show noobs the ropes and patiently explaining (and reexplaining) rules and offering tactical advice.  I'm really happy I tried the game and I'd gladly play a game with them again, but my taste has definitely drifted towards simpler systems like Hail Caesar, SAGA, and Song of Blades and Heroes.

Photo of Games at Fall In

In between turns or while waiting for games to start I tried to take pics of the other games being set up and run at the convention. 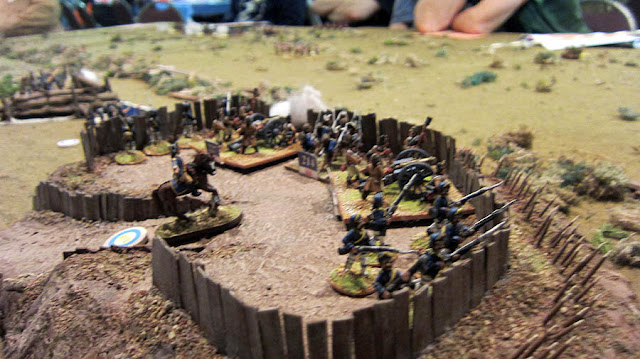 Another game caught my eye that looked really interesting. I believe this was Silent Fury, but what really intrigued me were the starship deck plans with crew in various sections of the ship. I need to loop back and research this one. 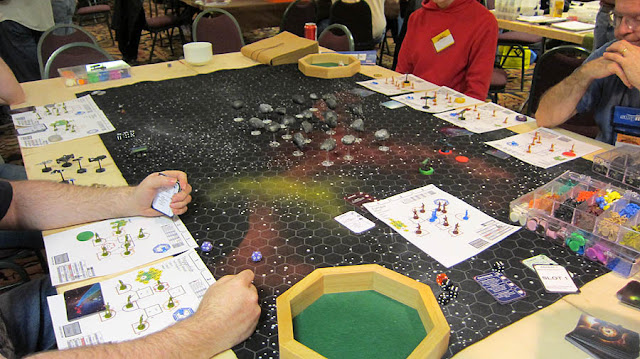 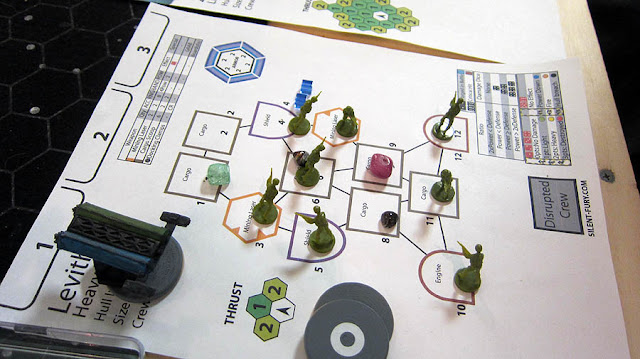 And that's Friday! Lots of games to see and play and even more on Saturday. Having fun and looking forward to more games.
Posted by John at 8:08 AM