My son's mercenary company "Razor's Raiders" undertook the first mission of their contract, using the campaign rules from Campaign Operations.

For his merc company's first contract, he'd be driving a band of pirates off a remote planet just over the Lyran border in the Periphery. It seems the Lyran noble Baron Von Schtumfwassel's pet project, the Schtumftech Mercantile Company, has become hostage to pirates who are disrupting the Schtumtech logging operations on the cold, rainy, forest-covered planet of Wudiwun.


Previously, we created his mercenary company with the book's detailed rules but for the actual campaign battles I switched to the Warchest rules detailed in Campaign Operations.

The Warchest rules abstract all of the minutiae of supplies, fuel, ammo, etc. into a bulk set of abstract "Warchest Points". When the mercenaries undertake a mission, they spend a portion of their starting warchest points, and gain them back by completing objectives and optional complications. If they do well enough, the mercenaries will come out ahead, but if they do poorly they may wind up with fewer points then they started! Repairs, ammo reloading and keeping the company in fighting trim is handled after each mission, again drawing from the warchest point pool.


For the first mission of this contract, my son's mercenaries posed as a humble merchant drop ship, attempting to lure the pirates close before ambushing them. 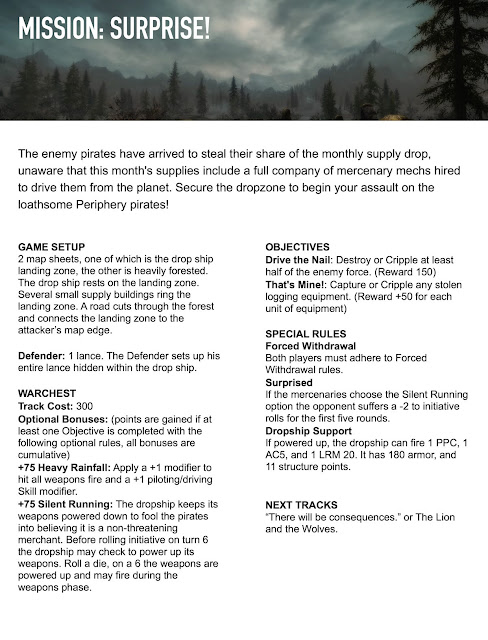 My son opted for the "Silent Running" option, which kept the drop ship's weapons powered down until turn 6. The ruse would lull the pirates into a false sense of confidence (imposing an initiative penalty for the first five rounds once the trap was sprung). 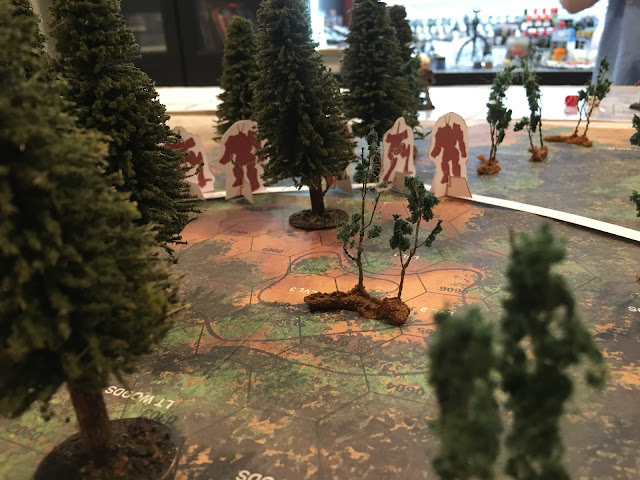 As the pirates cleared the tree line, the sensor blips resolved into clarity: a Locust, Javelin, and Wolverine, accompanied by stolen equipment - an ED-X3 logging mech and a cargo hauler vehicle, ready to unload their share of the drop ship's supplies before the loggers were given the leftovers. 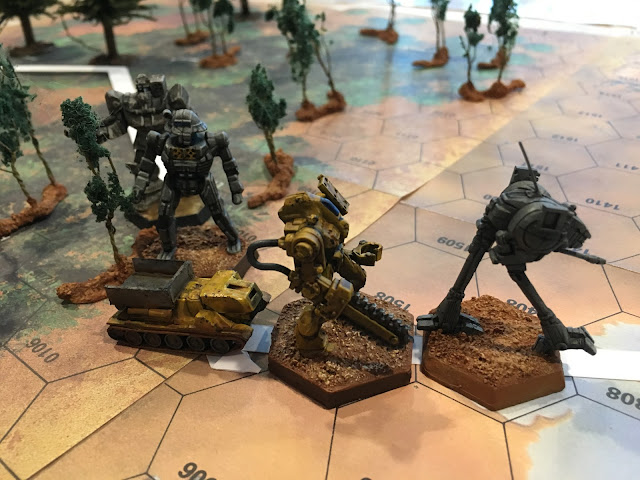 This mission (or "track" as they're called in Campaign Operations) cost the mercenaries 300 warchest points. The mercs completed two objectives (destroying or crippling at least 50% of the enemy force, and recovering stolen logging equipment) netting them 250 warchest points. The "Silent Running" option granted them a bonus 75 points.

After the mission the mercs had a total of 1025 warchest points. They lost their Locust to enemy fire, but can claim the Javelin as salvage (at least I think they can. Campaign Operations references salvage rules in three other Battletech rule books, which is understandable, but frustrating as they are currently out of print).

Another subsystem of rules allows the player to convert warchest points into "support points" which can be spent to repair and re-arm their mechs. He used 30 points to repair the armor on his Griffin and Commando and reload all of their weapons. The Stinger, having taken minor damage, will go into a future battle without additional repairs (which is just so, so Old School Battletech and I love it).

All told, he ends with 995 warchest points, currently at a loss but hopefully able to make it up as he continues to hunt down and destroy the pirates of Wudiwun. With the first part of the contract complete, he'll need to decide between two tracks for the next scenario: defend the logging camp from pirate counter attack, or send a fast attack lance to take out an elite heavy pirate mech before it can rejoin its comrades.

I also gave him a peek at the communication his contract liaison sent to his employer. 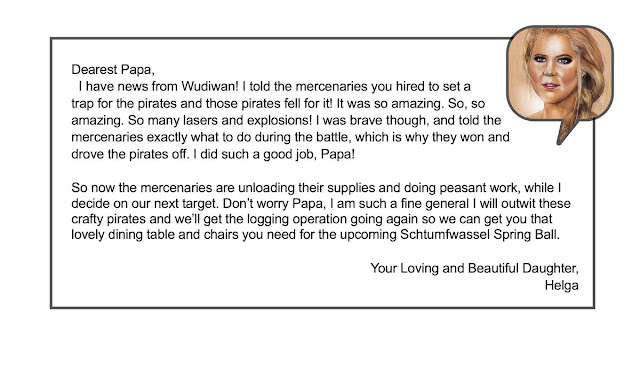